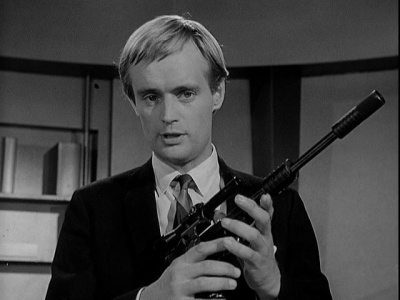 David McCallum with the Walther version of the U.N.C.L.E carbine as Illya Kuryakin in The Man from U.N.C.L.E.

David McCallum is a Scottish-born actor whose acting career has spanned over 50 years. His most well known roles have been on television, namely his roles as Illya Kuryakin in The Man from U.N.C.L.E. and Dr. Donald "Ducky" Mallard in NCIS.