Darkest Hour is a 2017 British biographical World War II drama directed by Joe Wright (Atonement) and starring Gary Oldman as Winston Churchill, the newly-elected British Prime Minister, replacing Neville Chamberlain, who has resigned, and who faces a difficult task, as the defeat against Nazi Germany seems almost sealed, and the German war machine rolls over Western Europe. When an invasion of the United Kingdom seems inevitable, Churchill finds himself under pressure to negotiate a peace agreement with Adolf Hitler, who would then make Britain a puppet of the Third Reich. As King George VI (Ben Mendelsohn) is skeptical, and his own party is intriguing against him, and with only his wife Clementine (Kristin Scott Thomas) is on his side, Churchill proves courage and fights on as the British army is stranded at Dunkirk. Darkest Hour would then go on to receive 6 Academy Award nominations, including Best Picture and Best Actor, and would earn two, including Oldman's first win for Best Actor.

The following weapons were used in the film Darkest Hour: 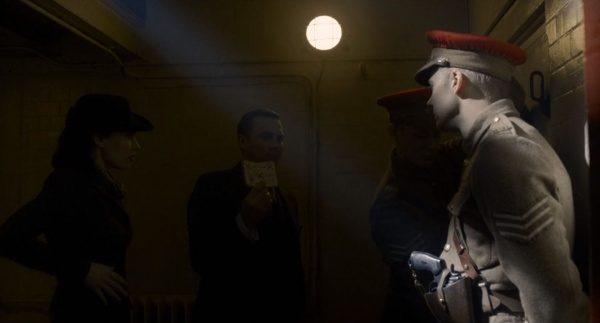 A guard with his holstered Webley in front of the bunker entrance. 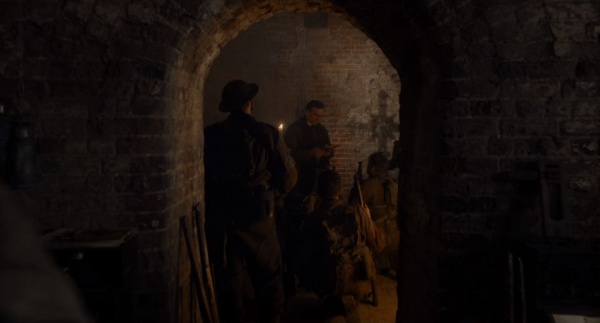 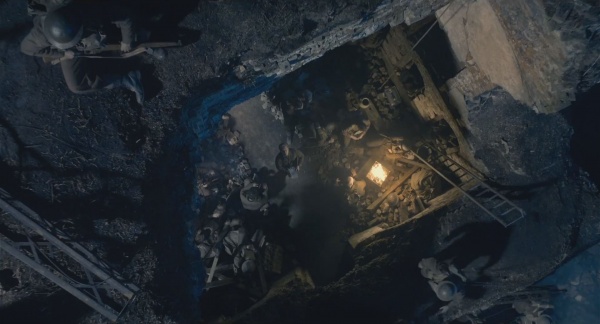 A British soldier on the left sitting with his SMLE while Churchill's message of no evacuation is given. 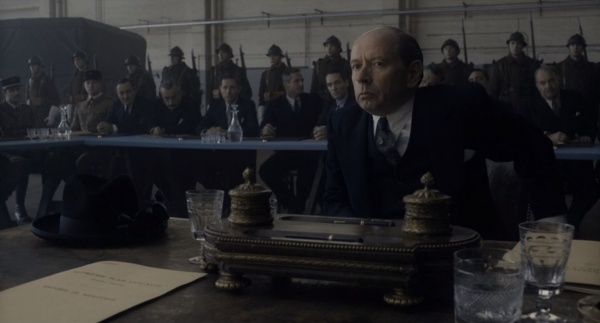 French soldiers in the background standing with their MAS rifles.

A line of French soldiers is seen also with Lebel 1886 rifles. 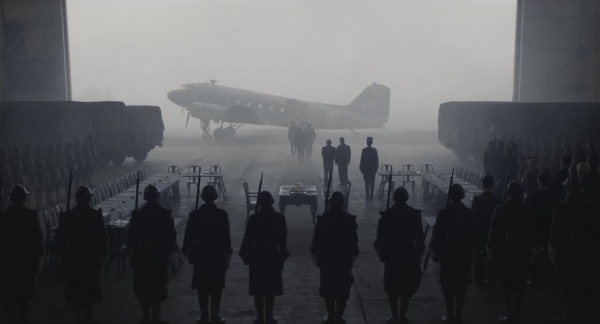 French soldiers with the rifles. Note the Douglas C-47 military transport aircraft in the background that did make its first flight in December 1941. So the appearance in May 1940 is an anachronistic. 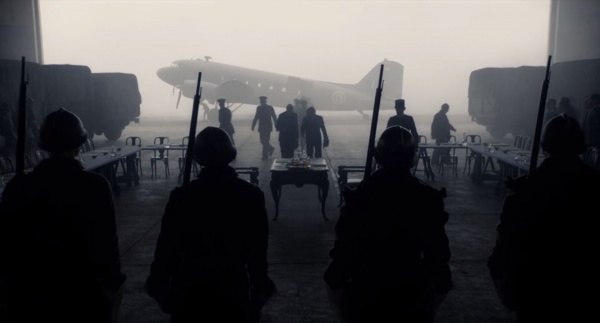 Closer view of the rifles as Churchill approaches.

A British QF 25 pounder Mk I howitzer can be seen. 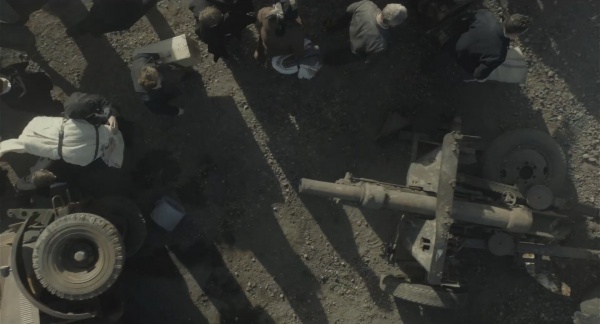