Cujo is the 1983 feature film adaptation of the Stephen King novel of the same name. The film stars Dee Wallace as a single mother who finds herself and her son in danger when they come under attack from a St. Bernard named "Cujo", that has become crazed after being bitten by a rabid bat.

The following weapons were used in the film Cujo:

Sheriff George Bannerman (Sandy Ward) carries a Smith & Wesson Model 64 as his sidearm. The revolver is later seen in the hands of Donna Trenton (Dee Wallace). 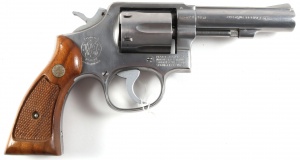 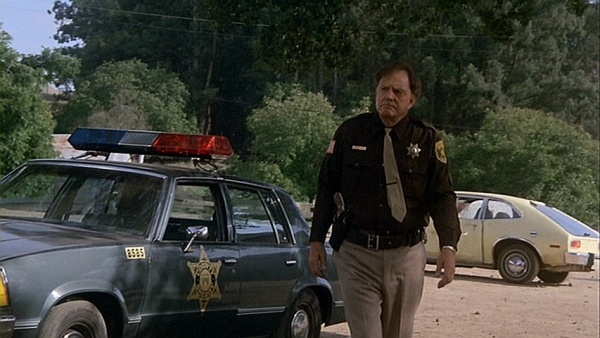 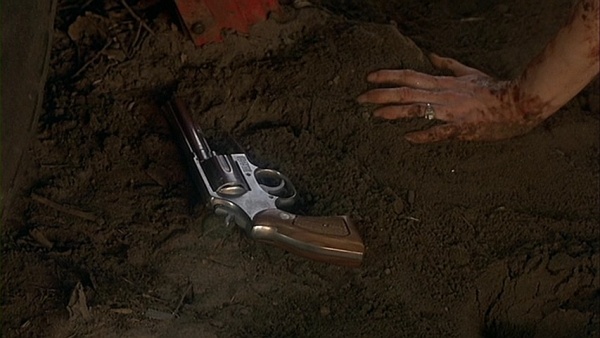 Donna reaches for the revolver. 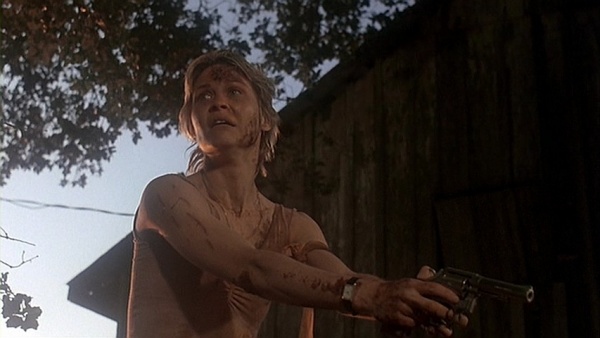 The revolver is seen in the hands of Donna Trenton (Dee Wallace). 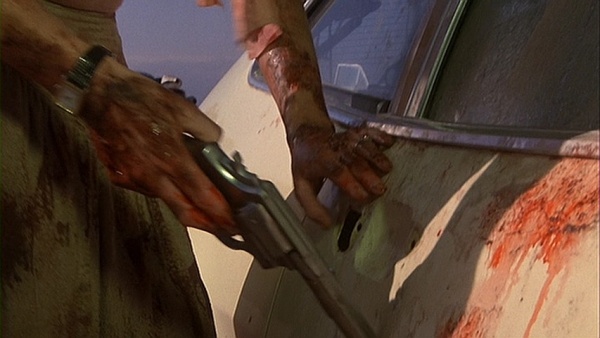 Closeup of the Donna holding the revolver.

What appears to be a bolt action rifle, likely a Remington 700 is owned by Joe Camber (Ed Lauter). The rifle is seen taken off a wall by Gary Pervier (Mills Watson) after an encounter with Cujo. Camber foolishly kept the weapon unloaded, proving to be the last mistake he would ever make. 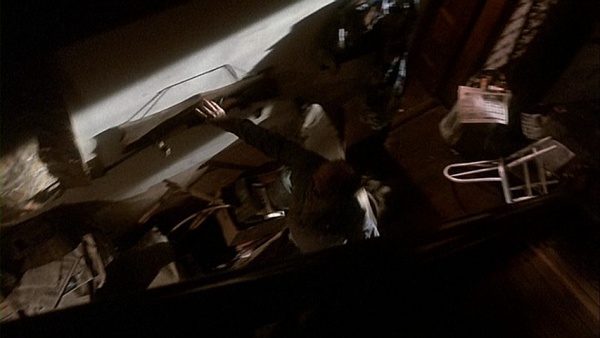 The rifle is seen taken off a wall by Gary Pervier (Mills Watson) after an encounter with Cujo. 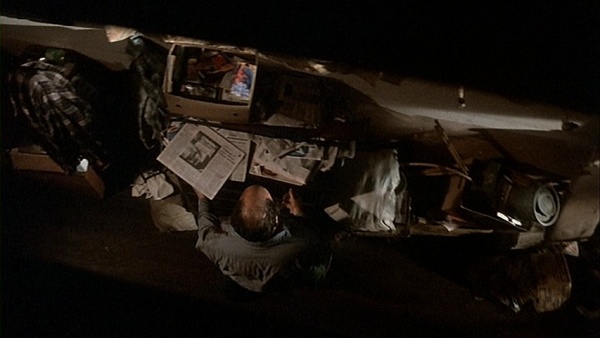 The rifle on the table.