The following weapons appear in the video game CrossFire X:

The Desert Eagle Mark XIX is available for use in-game. 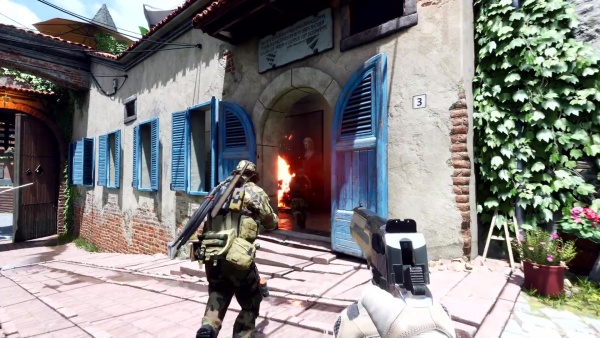 First-person view of the Desert Eagle. 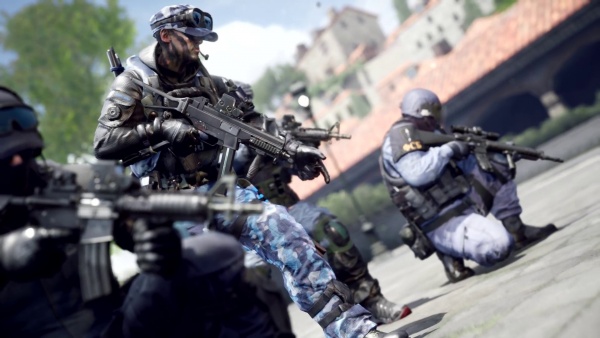 The second operator from the left with a UMP.

The Mini Uzi is featured in the game. 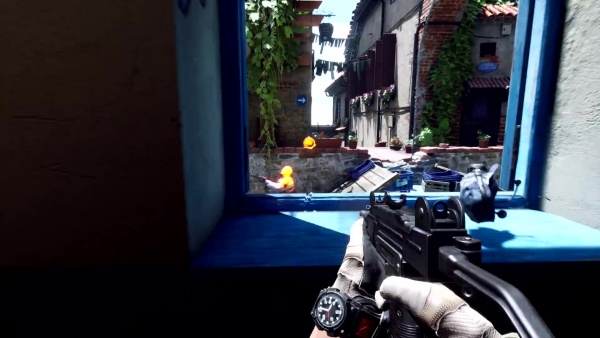 The Mini Uzi in first person.

The 2015 prototype of the AK-12 is seen in-game. It is actually modeled after an Airsoft replica, as evidenced by the selector markings, with the firing positions being white and the safe position being red, as opposed to the other way around. 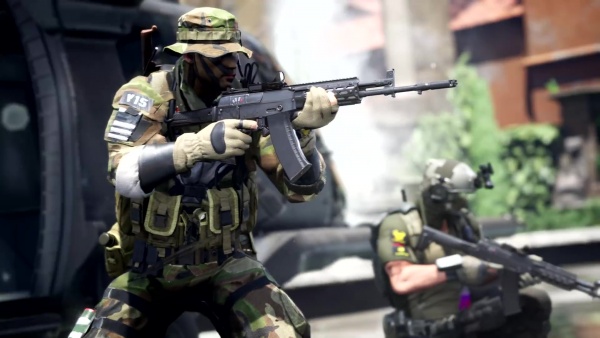 A hybrid AK rifle appears in the game. It has various components of an AK-47, but coupled with the gas block and bolt carrier of an AKM, as well as two rivets at the rear of the receiver positioned somewhat similarly to the latter. 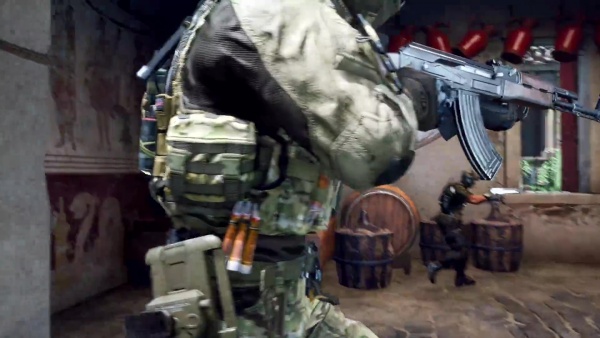 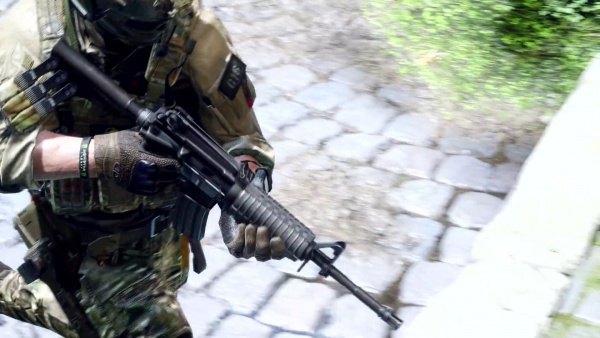 A Mk 18 in the foreground, along with another one behind the UMP-wielding operator.
Retrieved from "http://www.imfdb.org/index.php?title=CrossFire_X&oldid=1355784"
Categories: