Courage (a direct translation of the original title Muzhestvo) is a Soviet 1939 B&W adventure movie, directed by Mikhail Kalatozov. Aleksey Tomilin (Oleg Zhakov) is a pilot on a mail plane in Central Asian region of USSR, close to the Afgan border. In one flight he lands in a local village where he is suddenly captured by a group of armed saboteurs, disguised as natives. They demand Tomilin to fly over the border, bringing their leader Mustafa Hajji in Kabul. Using his outstanding flying skill, Tomilin manages to render his dangerous passenger innocuous and land on the Soviet airfield.

The following weapons were used in the film Courage (Muzhestvo): 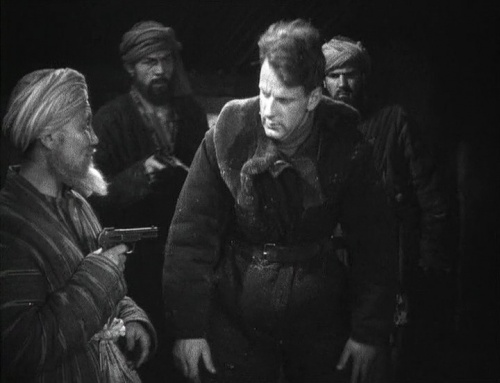 Old Dugar (Zula Nakhashkiyev) holds Tomilin at gunpoint with his own pistol. 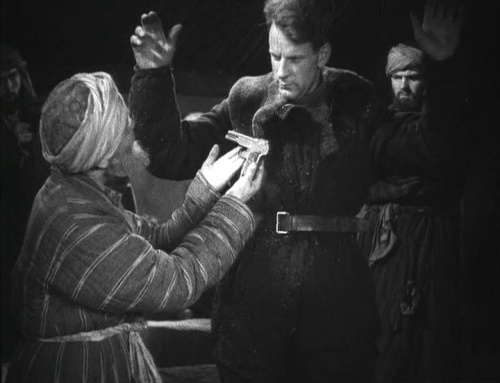 Dugar gives the unloaded pistol back to Tomilin, calling it "a sign of confidence".

Mauser C96 pistols are seen in hands of saboteurs. 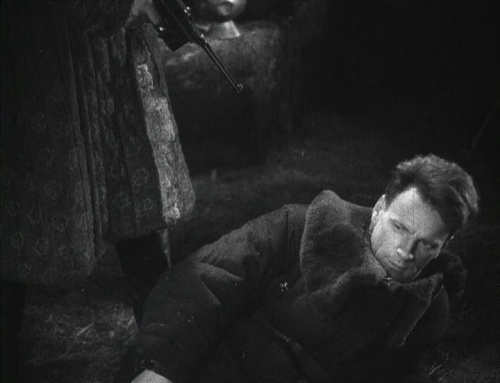 A saboteur aims his Mauser at Tomilin. 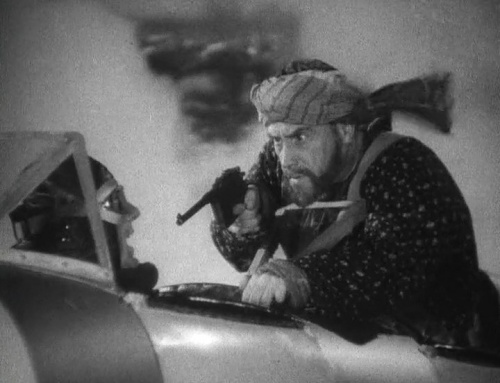 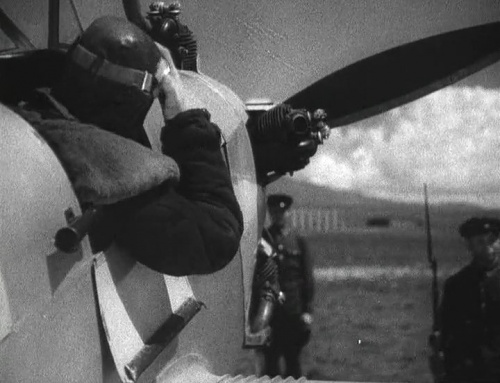 A border guard holds an M91/30 rifle with bayonet at the right. 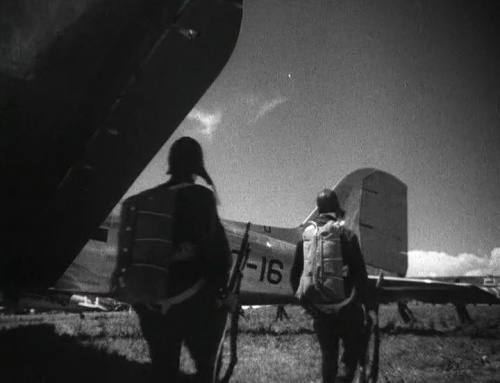 In the final scene paratroopers board the airplane. They carry M91/30 rifles with bayonets, attached backwards. This is a exclusively cinematic practice; in reality such practice was banned by service manuals.
Retrieved from "http://www.imfdb.org/index.php?title=Courage_(Muzhestvo)&oldid=1253861"
Categories: