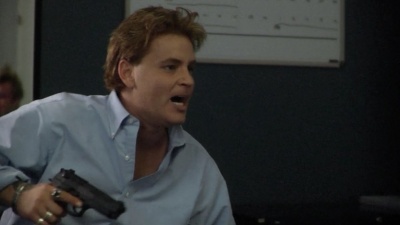 Corey Haim was a Canadian actor, known for numerous teen roles. He started his cinema career at the age of ten and soon became a teen idol. Later he became a drug addict and passed of pneumonia, aged 38.