The following weapons were used in the film Cherry, Harry & Raquel!: 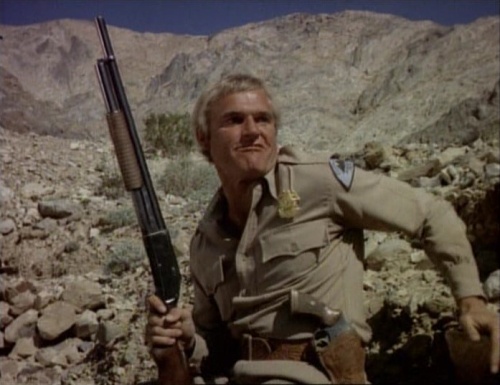 Harry's service revolver is carried in a cross-draw holster. 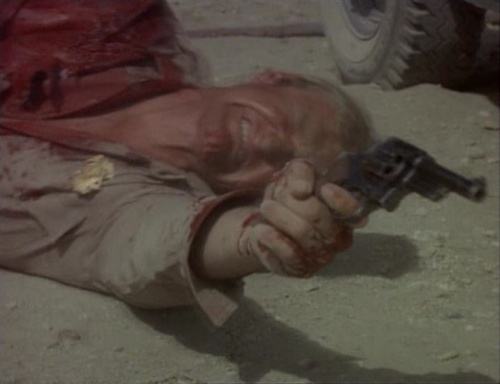 The barrel underlug is visible. 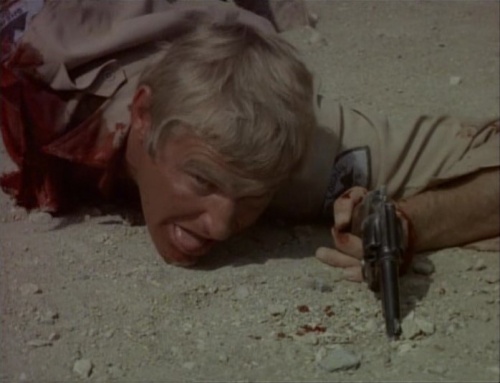 The notch rear sight is visible. 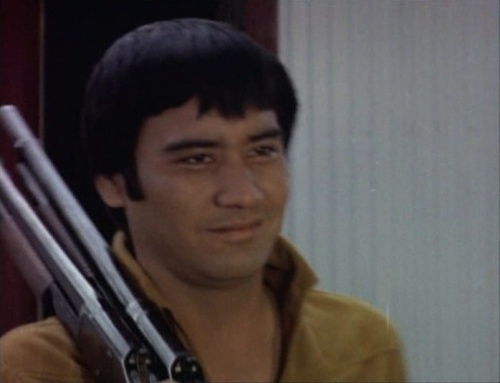 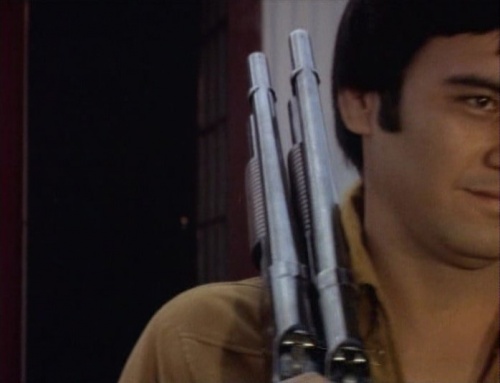 Another view shows the shotguns' hammers. 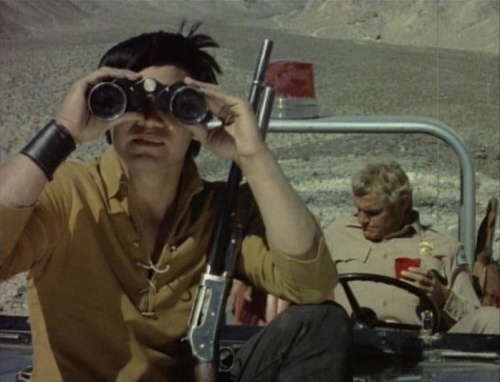 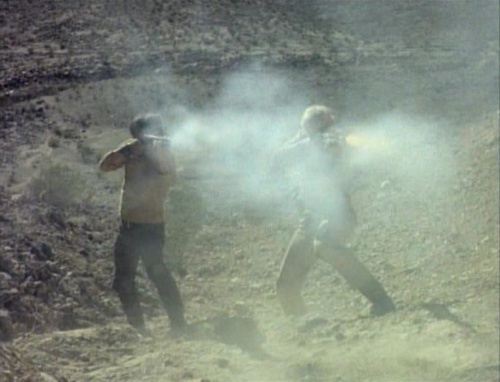 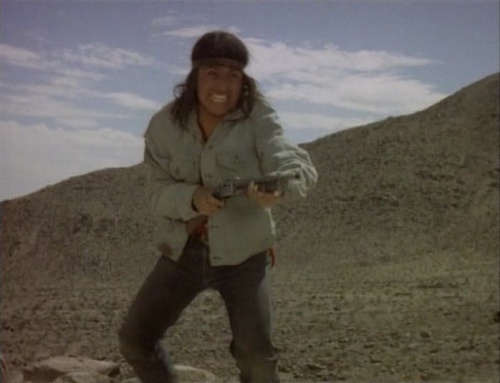 Apache prepares to fire a Model 1897.

Harry keeps a Remington Model 700 in a scabbard in his Jeep. 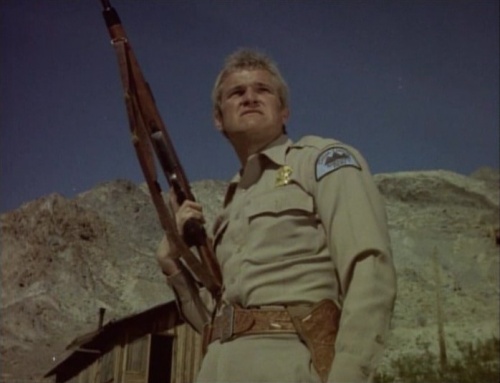 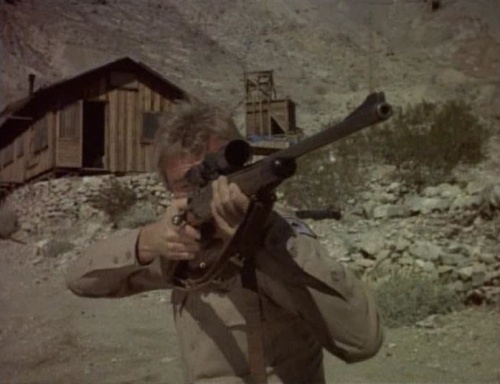 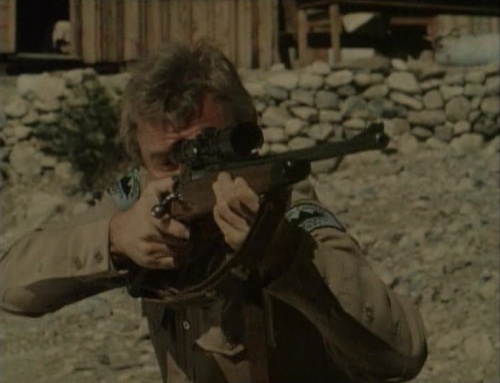 A closer view of Harry aiming the rifle. 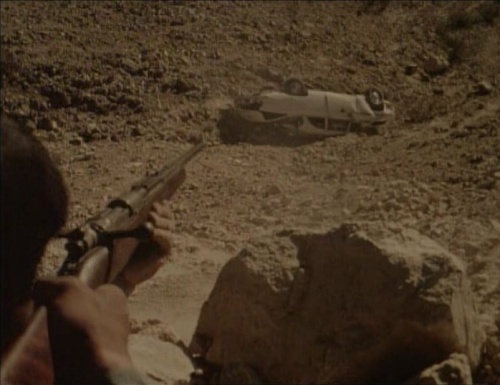 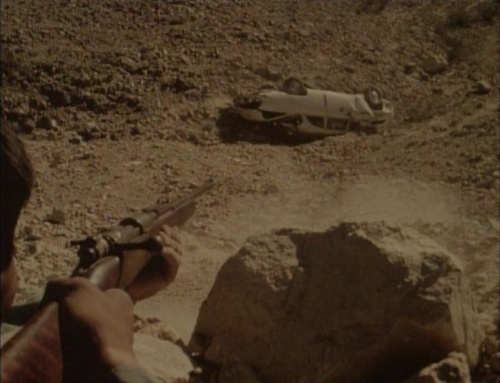 A slightly different view of the rifle. 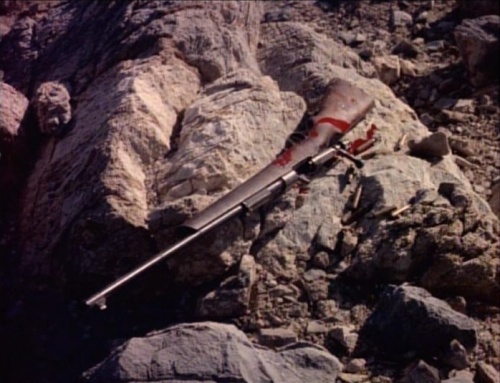 Apache's rifle lies on the rocks, along with spent cartridge casings. 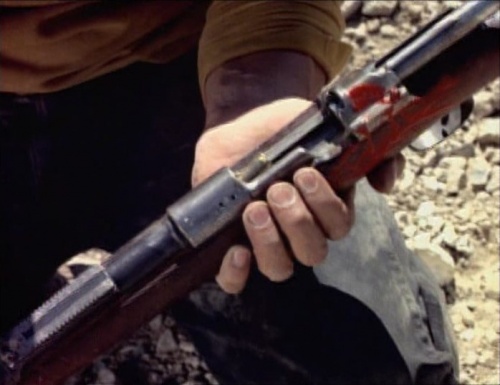 A view of the top of the receiver. It appears that the rear sights have been removed. There is a cartridge case jammed partially into the chamber.
Retrieved from "http://www.imfdb.org/index.php?title=Cherry,_Harry_%26_Raquel!&oldid=1468060"
Categories: