Chernobyl is a 2019 HBO miniseries documenting the titular 1986 nuclear disaster and the ensuing aftermath.

The following weapons were used in the television series Chernobyl:

Soviet soldiers and police throughout the series can be seen armed with Makarov PM pistols as their standard sidearms. In one scene, a soldier grows frustrated trying to get an elderly woman to evacuate and draws his Makarov, shooting the cow she was milking in order to force her to leave. 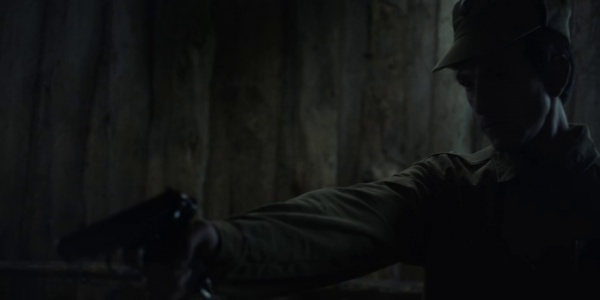 The Soviet soldier fires his Makarov in S01E04, "The Happiness of All Mankind".

In Episode 4, "The Happiness of All Mankind", a group of Soviet soldiers named Bacho (Fares Fares), Garo, (Alexej Manvelov), and Pavel (Barry Keoghan) assigned to eliminate contaminated animals in the Chernobyl exclusion zone can be seen using Mosin-Nagant M91/30 rifles. Pavel, having been conscripted for this task, doesn't even know how to load the rifle and has to be shown by Bacho. 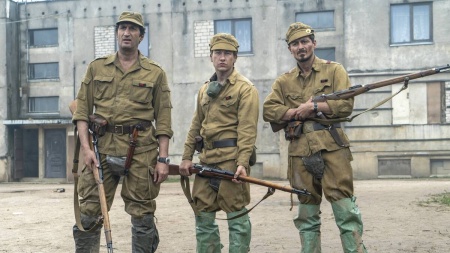 Production image of Bacho, Pavel, and Garo with their Mosin-Nagant M91/30 rifles 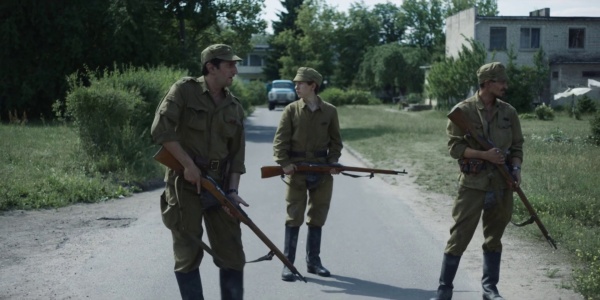 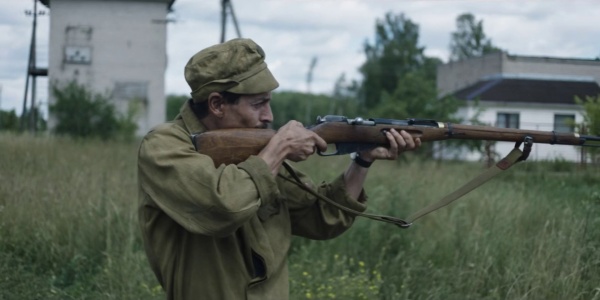 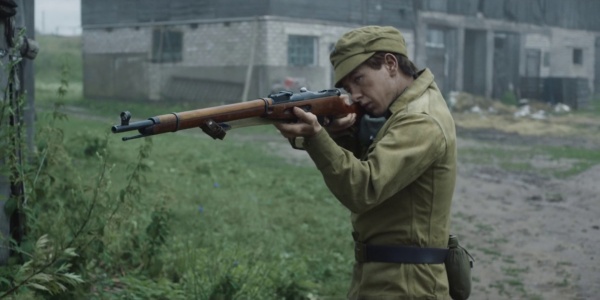 Some soldiers, such as those those at the funeral held for firefighters who responded to the explosion at the plant in Episode 3, "Open Wide O Earth," can be seen armed with AKM rifles. In another scene however, a pair of soldiers can be seen with AKMs fitted with AK-74-style muzzle brakes, which are given away by the curved 7.62mm magazines (one even using a metal magazine instead of orange Bakelite like his comrade). 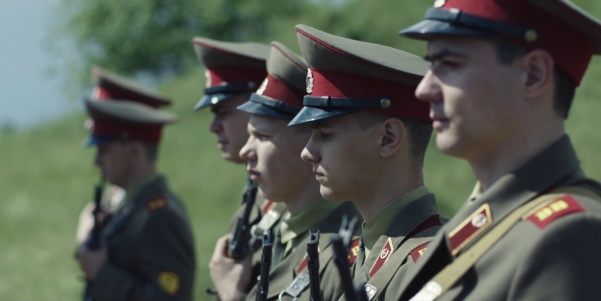 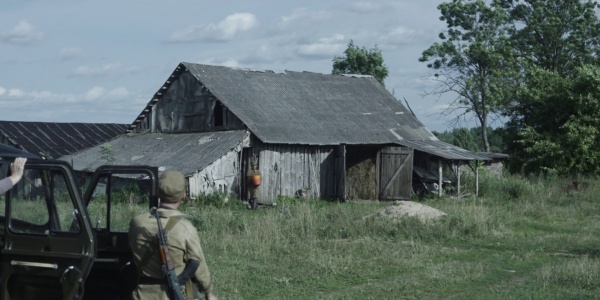 A soldier with an AKM slung over his back waits outside a barn in S01E04, "The Happiness of All Mankind." 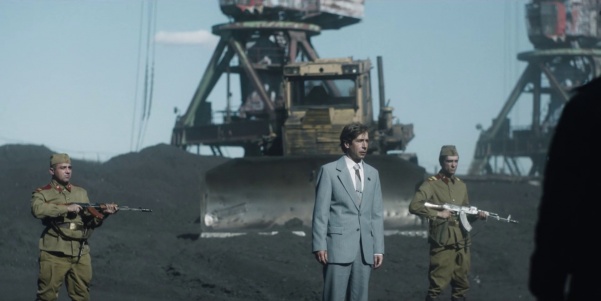 A pair of Soviet soldiers carrying AKM rifles mocked up as AK-74s with the addition of a muzzle brake. The rifles are distinguishable as AKMs due to their gas blocks and curved magazines. 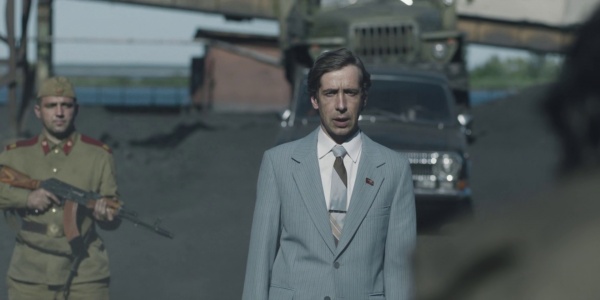 A Soviet soldier standing behind Mikhail Shchadov (Michael Colgan) holds an AKM mocked up as an AK-74 in S01E03, "Open Wide O Earth".

A soldier in Episode 2, "Please Remain Calm", can be seen with a genuine AK-74 while evacuating residents from Pripyat. 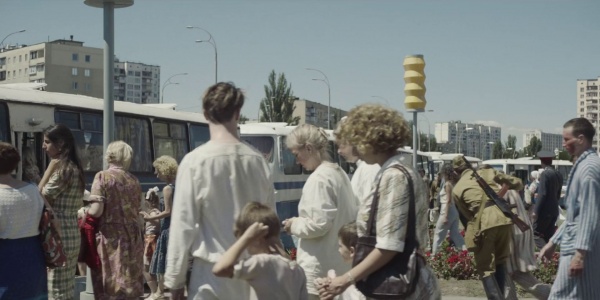 A soldier with an AK-74 assists with the evacuation of Pripyat in S01E02, "Please Remain Calm".

During the evacuation of Pripyat in Episode 2, "Please Remain Calm," BRDM-2 scout vehicles can be seen, complete with turret-mounted KPVT heavy machine guns. 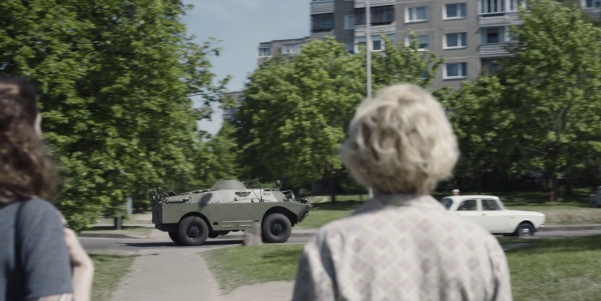 A woman observes a BRDM-2 scout vehicle, complete with KPVT heavy machine gun, when the evacuation of Pripyat is being announced
Retrieved from "http://www.imfdb.org/index.php?title=Chernobyl&oldid=1313226"
Categories: