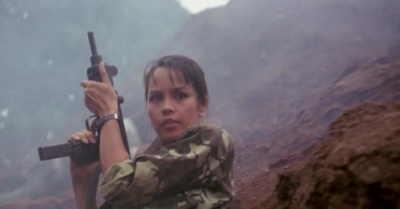 Maria Rosario Silayan-Bailon, better known as Chat Silayan, was a Filipino beauty queen and actress. She was the Third Runner-up in the 1980 Miss Universe. Afterwards she moved into acting and became one of the top stars in the Filipino movie industry. She passed away at the age of forty-six in 2006 from colon cancer. She was survived by her husband and three children.