Continuing good tradition of RoboCop and Mad Max. :) Also note that in all of these categorys the first two screenshots is that of character's iconic trademark weapon and of something different in the third one. --Kloga 20:23, 28 January 2011 (UTC)

(not going to try to rewrite this) The Evil Dead is a cult horror (with elements of slapstic comedy and action film) feature film franchise that for the first three films, tells the story of Ashley "Ash" Williams (though character's full name was revealed only in a third movie) sole survivor of demonic powers awakening in a small cabin lost in the woods in The Evil Dead, becoming a kind of a superhero and survivalist and loosing his right arm in Evil Dead II and continuing his adventures trying to get out of middle-age Britain where he is trapped because of accidental time-travel in Army of Darkness. Cult actor/director Bruce Campbell, who played Ash in all three movies. 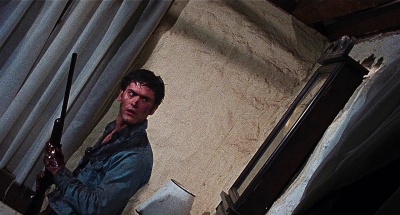 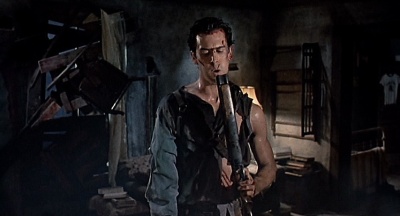 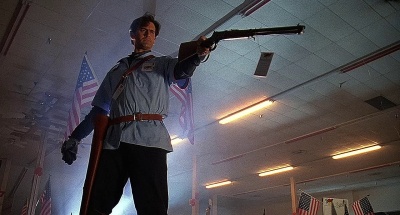