Bornholmer Straße (Bornholm Street) is a 2014 German TV movie directed by Christian Schwochow for the 25th anniversary of the fall of the Berlin wall. The film shows the last hours before the opening of the Berlin Wall on November 9, 1989, at the border crossing Bornholmer Straße from the perspective of the commander Harald Schäfer. The script is based on the events of the night when Commander Harald Jäger gave the order to open the border.

The following weapons were used in the film Bornholmer Straße:

The Grenztruppen's arsenal main weapon is the MPi-KMS-72. It is distributed by Burkhard Schönhammer (Max Hopp) to Michael Krüger (Robert Gallinowski) and Ulrich Rotermund (Milan Peschel). Burkhard calls it an MP (Maschinenpistole) which is correct for East-Germany since the term Sturmgewehr/Assault Rifle sounds aggressive. 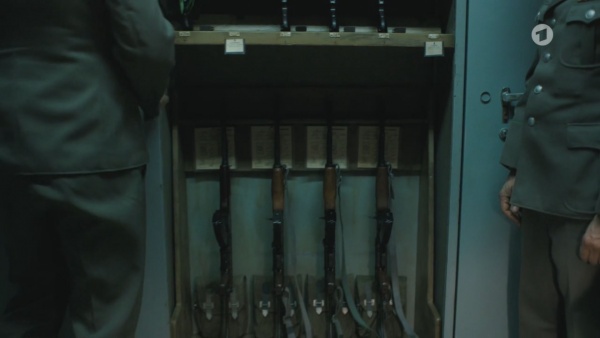 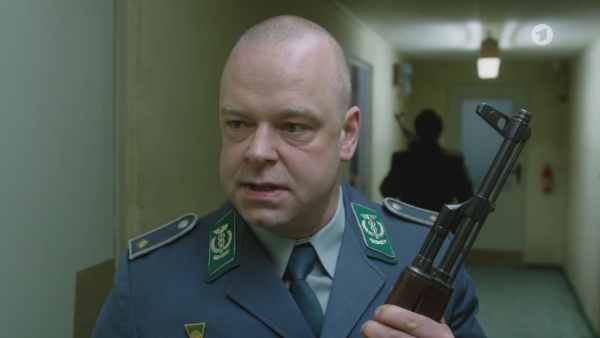 Michael holds the MPi while talking to his mother. Ulrich is seen in the backround carrying another rifle. 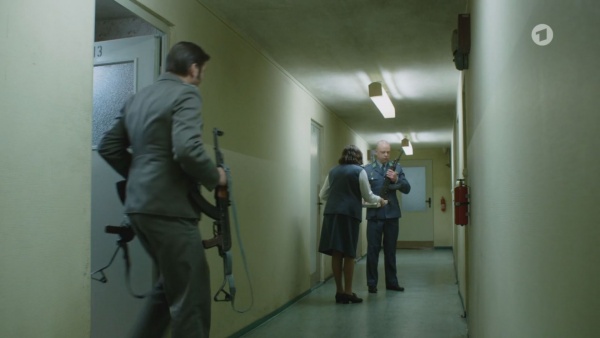 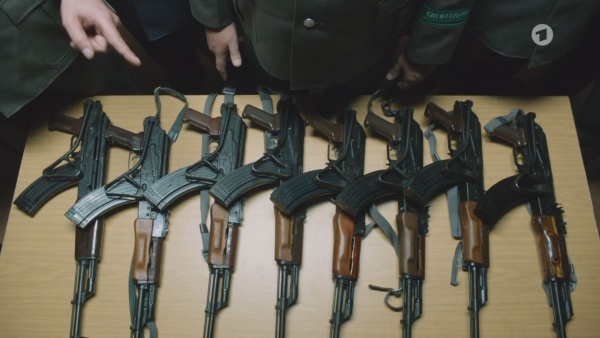 Eight MPis on the table.

Burkhard gets a FPK / PSL Sniper Rifle nicknamed "Sharp Lilly" to shoot into the amount to make a statement. 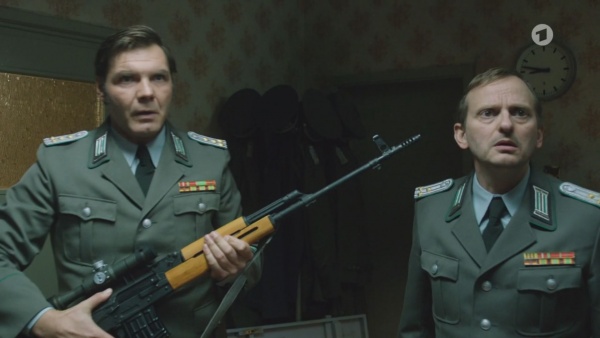 "Here we go, Comrades!"
He presents his pride. 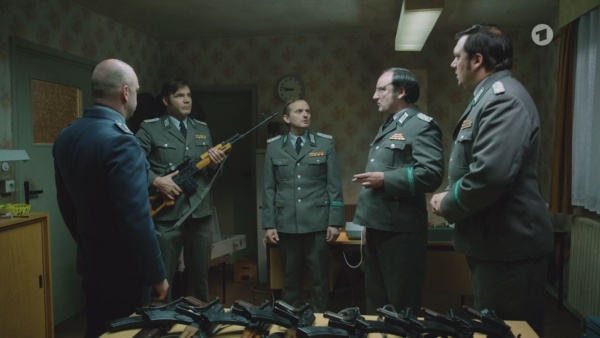 The stock can be seen behind Michael. 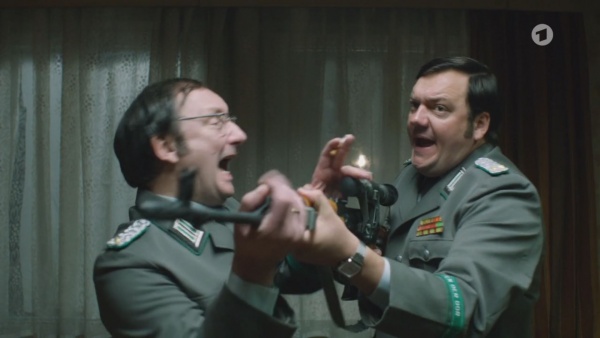 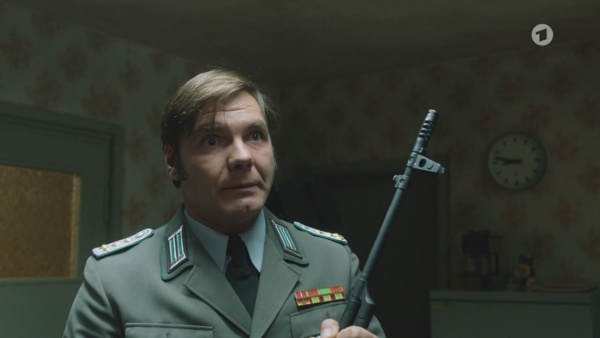 Close-up of the muzzle.

The standard sidearm is the Makarov PM pistol. 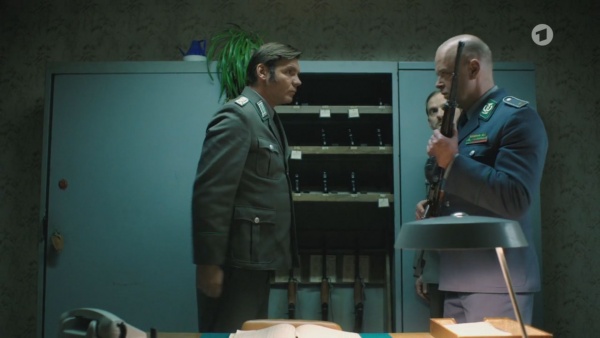 Several Makarovs in the safe. 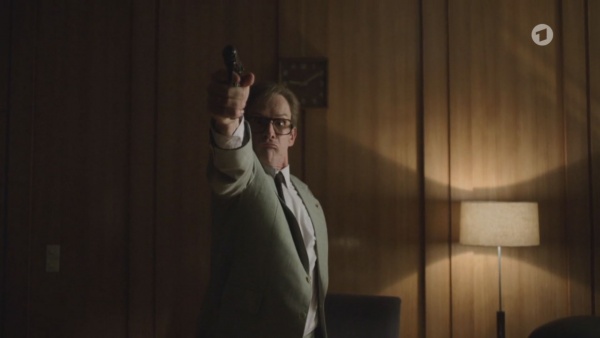 Col. Hartmut Kummer loses his patience and fires at a picture of Egon Krenz. 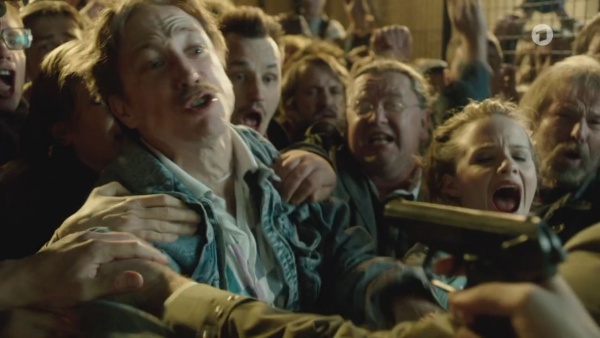 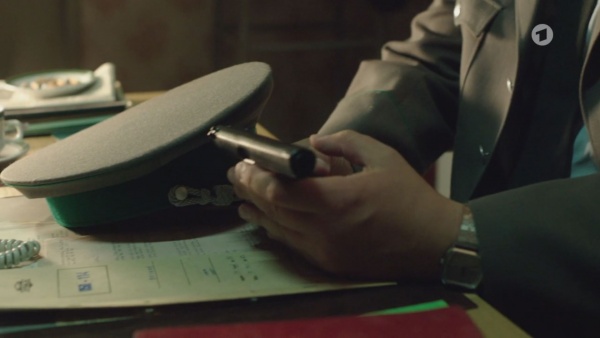 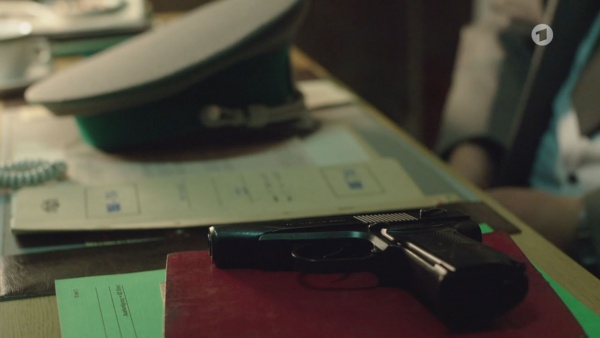