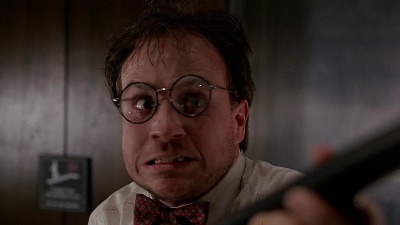 Bobcat Goldthwait is an American comedian/actor/director who has appeared in such films as Police Academy 2: Their First Assignment and Scrooged. In addition, he has written and directed several feature films, including God Bless America and Shakes the Clown.