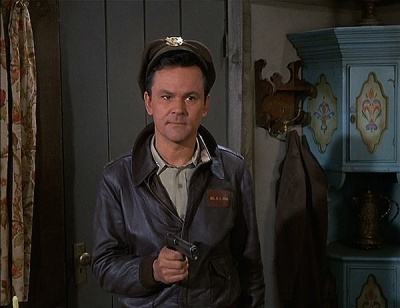 Bob Crane (1928-1978) was an American actor/musician best known for his role as Colonel Robert E. Hogan in the WWII sitcom Hogan's Heroes. In addition, he had appeared in his own series The Bob Crane Show in 1975 as well as several guest starring roles. He was found murdered in his Scottsdale apartment in 1978. The circumstances surrounding the crime was the subject of the 2002 film Auto Focus.