The Black Battalion (Cerný prapor) a 1958 Czechoslovakian b&w movie about the Czech members of the French Foreign Legion, who fighting in the French Indo-China War, and who returned to their homeland on the basis of amnesty. The film depicts the story of one of those who did not return is.

The following guns were used in the 1958 Czechoslovak film The Black Battalion (Cerný prapor):

Both main characters are seen with a French MAS-38 submachine gun. 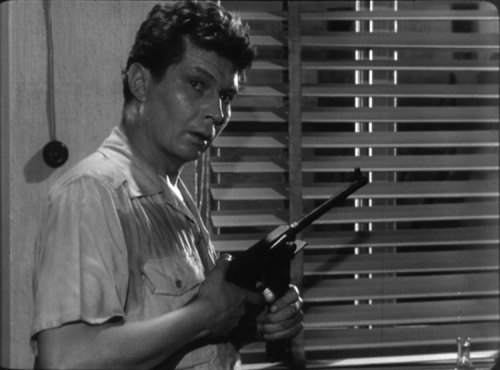 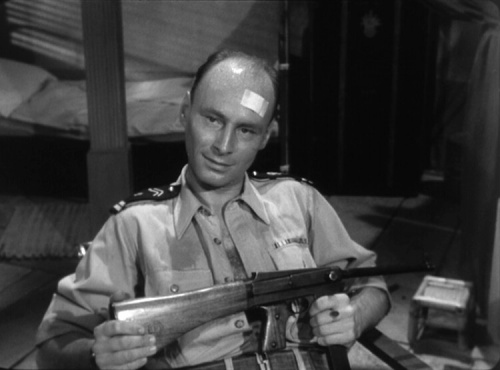 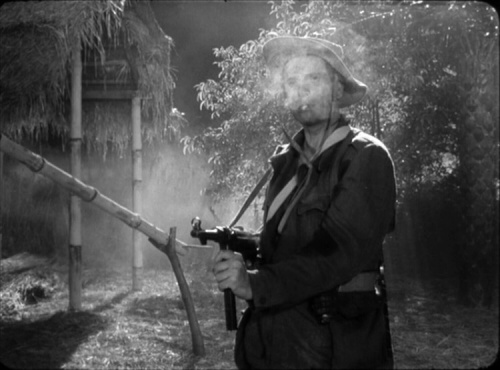 A Legionnaire fires his MP40 at Vietnamese villagers. 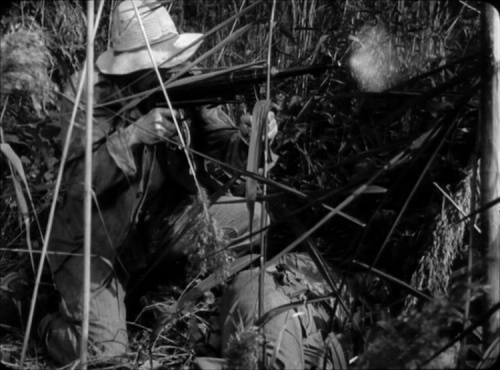 Legionnaire Peter (František Peterka) fires his MP40 during a firefight. 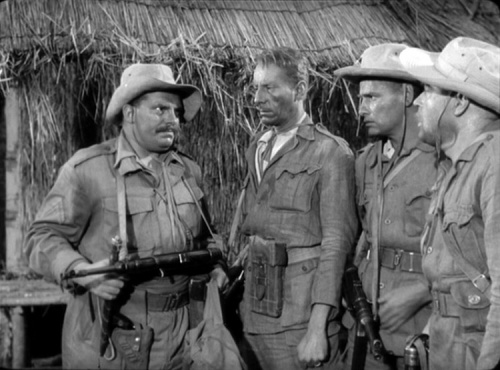 Sten Mk II guns are used by both sides during the Indochina War. 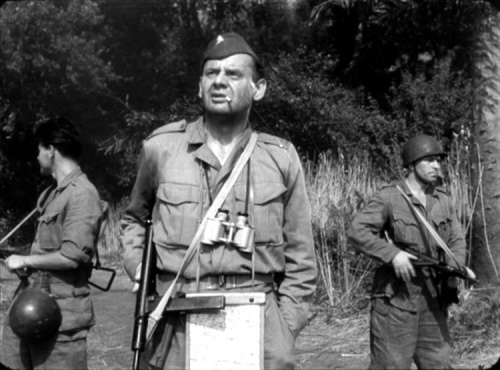 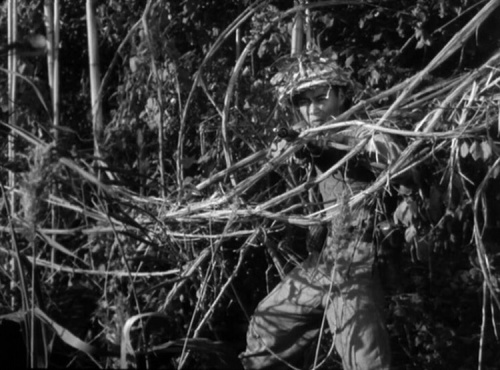 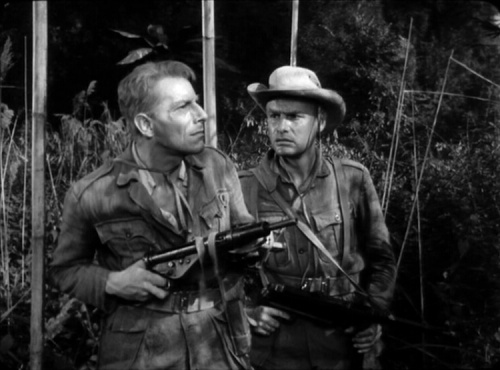 Legionaries carry Sten and MP40 submachineguns as they move through the jungle.

The legionaires also use M1 Carbines of various types. 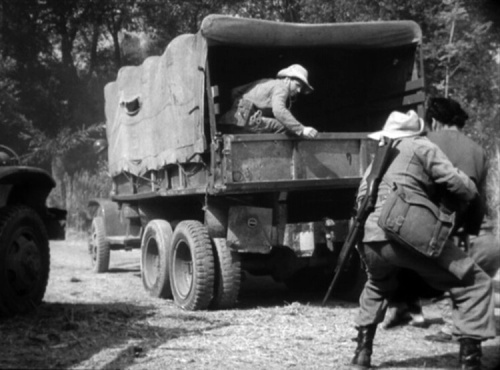 A legionnaire hastily leaves the battlefield with a slung M1 carbine. 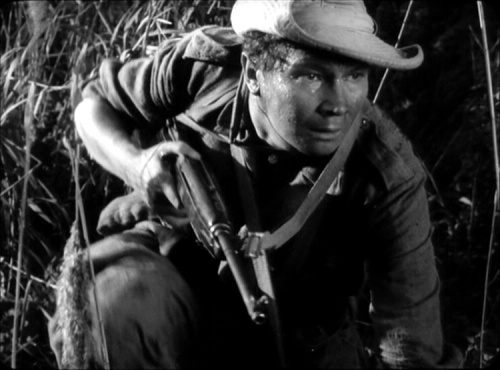 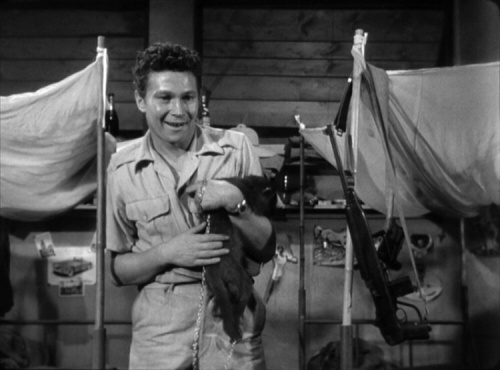 An M1A1 carbine hangs from a bed. 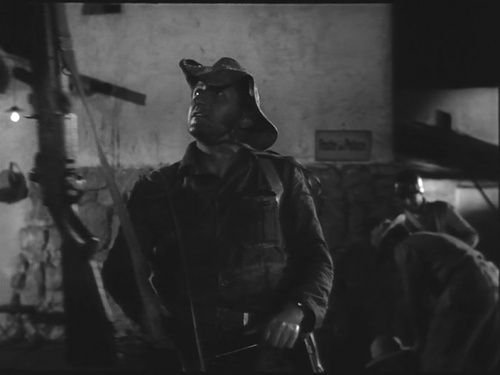 A Garand is seen at the left. 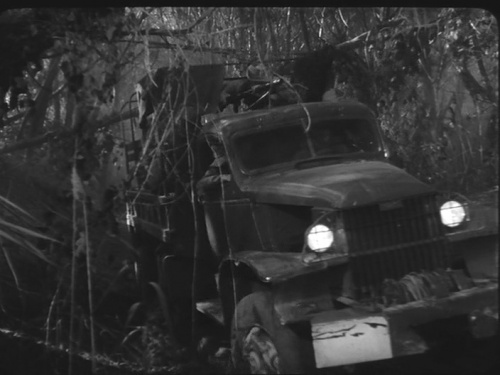 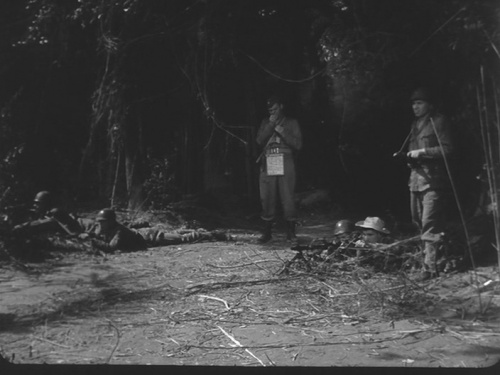 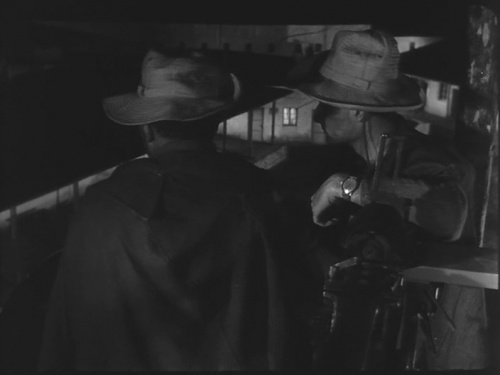 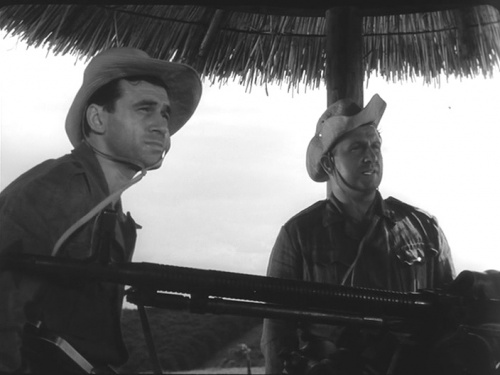 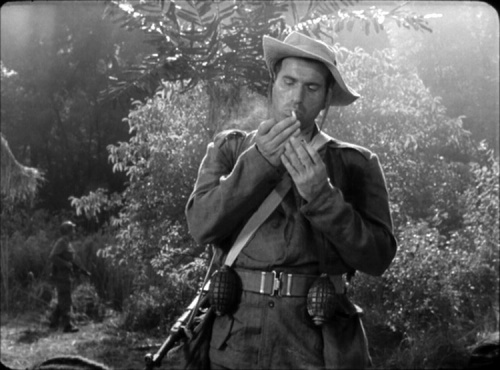 A Legionnaire carries “Pineapple” grenades on his belt. 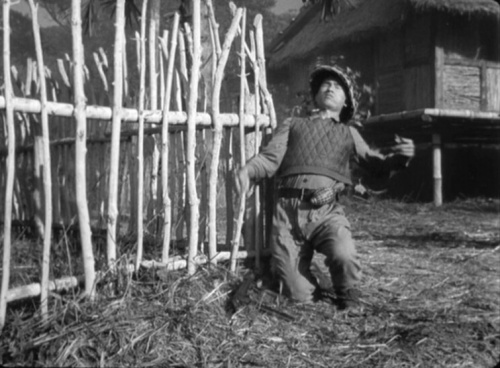 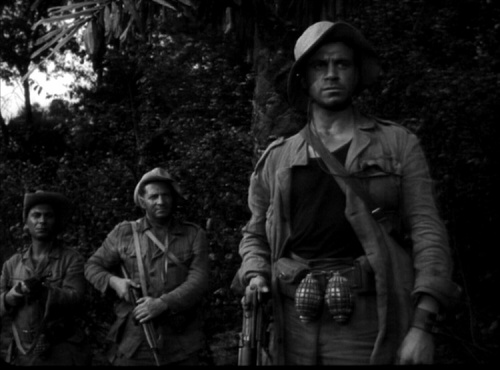