Birdsong is a two-part 2012 UK miniseries, based on the 1993 war novel of the same name written by Sebastian Faulks. The miniseries follows Stephen Wraysford (Eddie Redmayne) as he falls in love with Isabelle (Clémence Poésy), a married woman, but they find their love broken as Stephen must go off to serve in World War I.

The following weapons were used in the miniseries Birdsong:

The Webley Mk VI is carried by many characters in the TV serial. It's the personal sidearm of Lieutenant Stephen Wraysford (Eddie Redmayne). 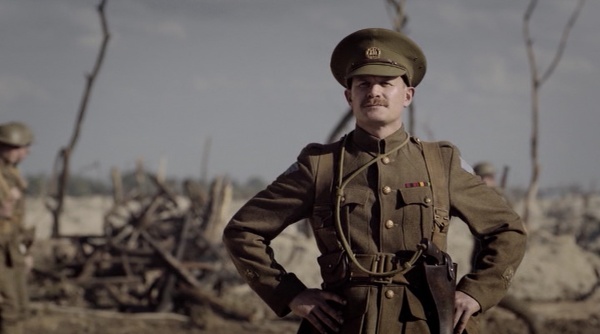 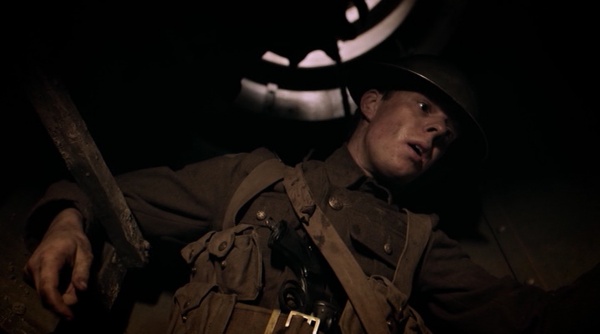 The Webley on the soldier's belt. 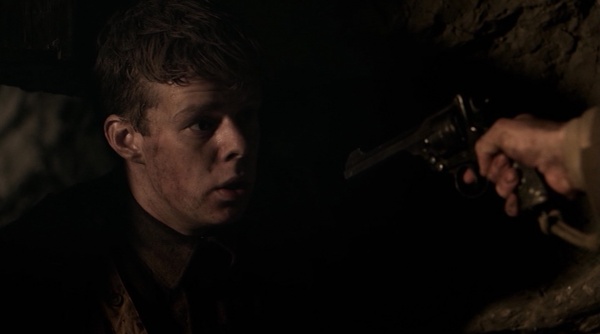 Lt. Wraysford holds his revolver on one of his men. 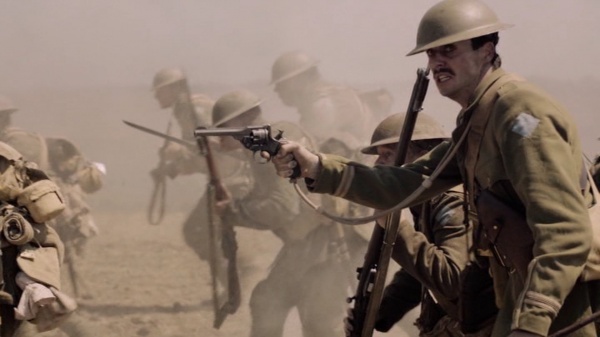 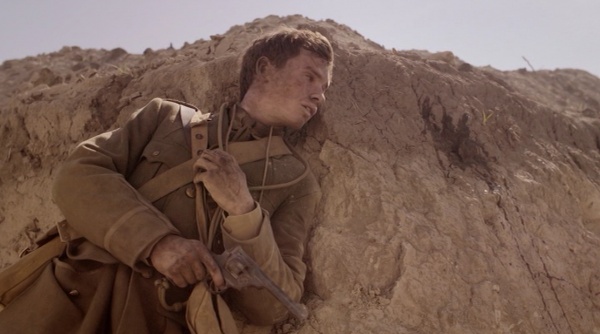 During the encounter with German soldiers, a Mauser C96 is briefly seen. 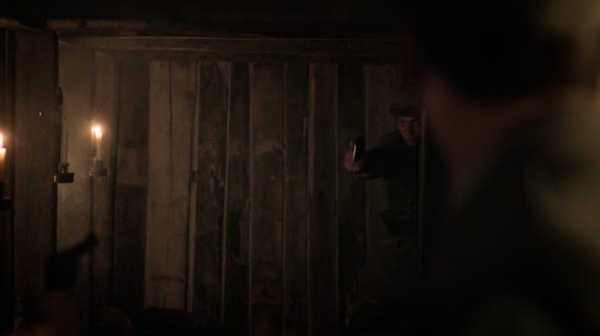 Note the position of the magazine.

Lt. Stephen Wraysford (Eddie Redmayne) is wounded by a German soldier with a Luger P08. 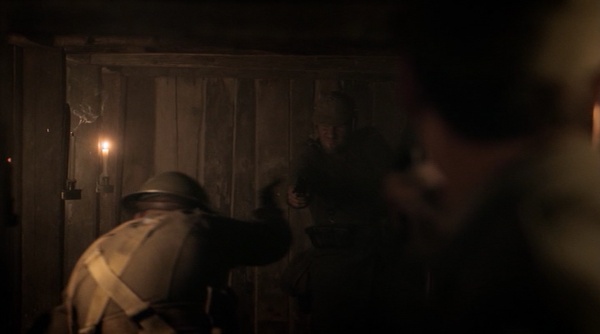 The German fires at him.

The Lee-Enfield No.1 Mk.III is the most commonly used weapon by British soldiers in the TV serial. 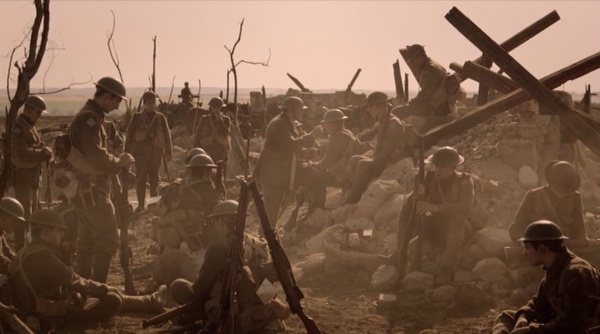 Various SMLE are seen before the Battle of the Somme. 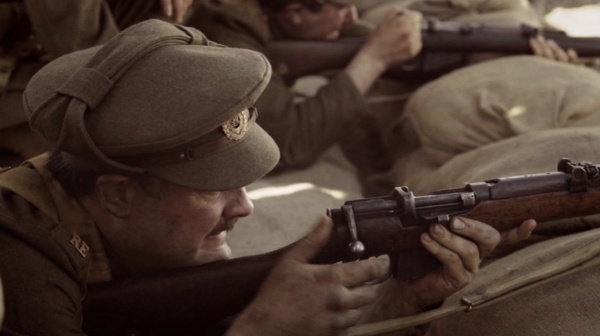 Firing the rifle during Basic Training. Note the magazine cutoff 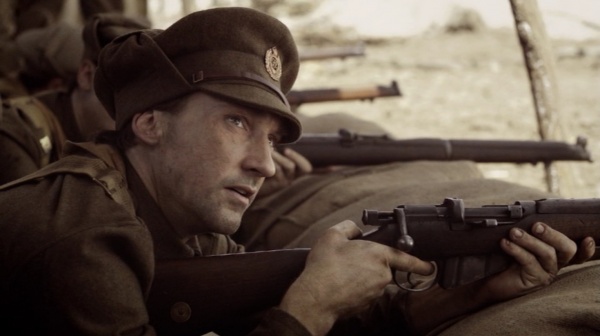 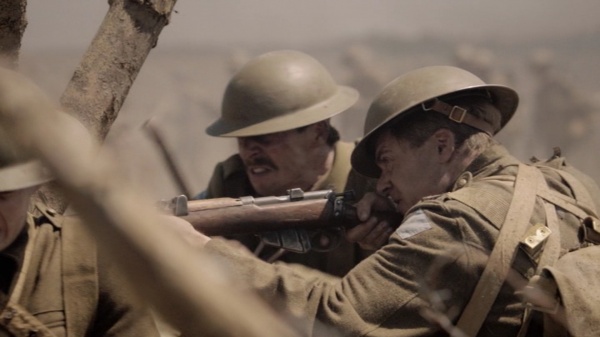 Private Brennan (Rory Keenan) during the Battle of the Somme. 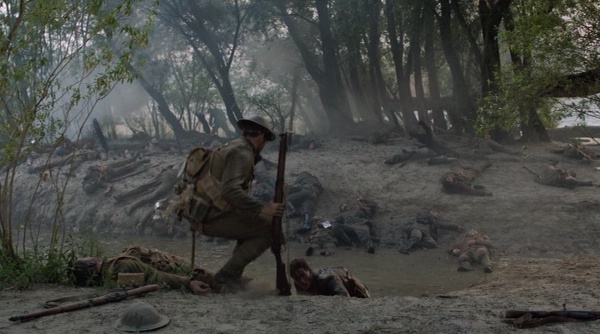 Full view of the SMLE.

Some German soldiers carry Mauser Gewehr 1898 rifles. Most of them can be seen in the background and blurred. 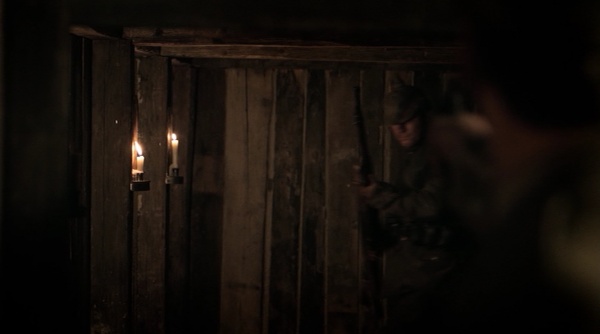 A German soldier runs with his Gewehr. 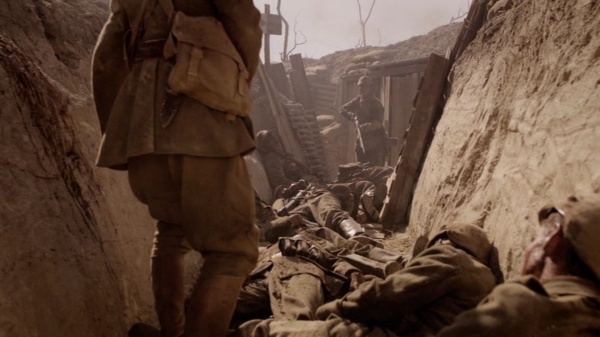 A German soldier with Gewehr 1898. The "Lange Visier" is visible. 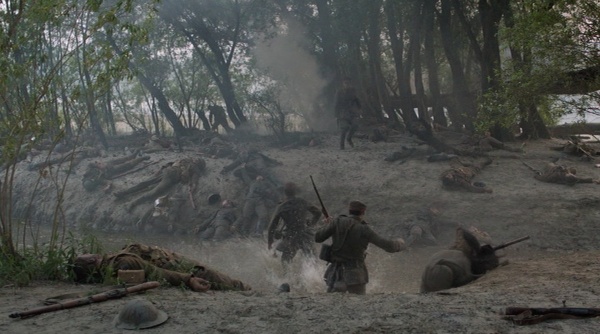 The German in the middle carries the rifle. 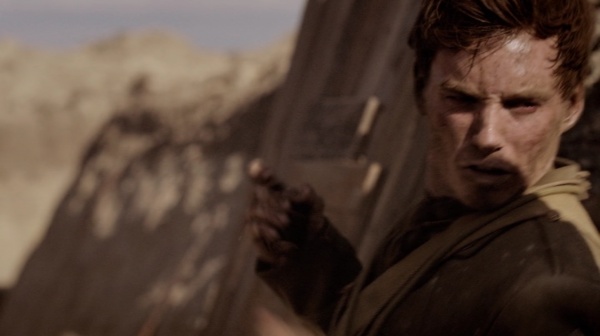