Birdman or (The Unexpected Virtue of Ignorance) is a 2014 black comedy-drama film directed by Alejandro González Iñárritu. Michael Keaton stars as Riggan Thomson, a former Hollywood action star who is trying to revitalize his career by mounting a Broadway production of a Raymond Carver short story. The film also stars Edward Norton, Emma Stone, Zach Galifianakis and Naomi Watts. Birdman won four Oscars at the 2015 Academy Awards, including Best Director and Best Picture.

The following weapons were used in the film Birdman:

Riggan Thompson (Michael Keaton) is seen with a Smith & Wesson SW1911SC "E Series" pistol that he takes out during a performance, which replaces the Bruni Olympic 5 revolver he used in the previous play. 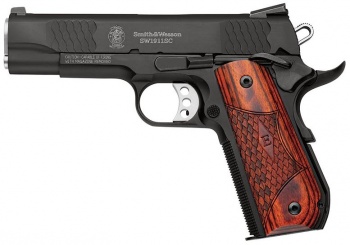 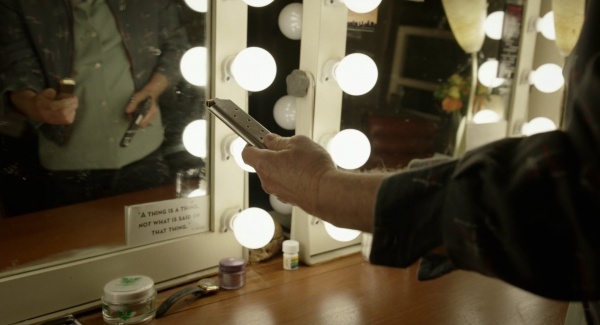 The pistol's magazine. You can see the magazine is loaded with live ammunition. 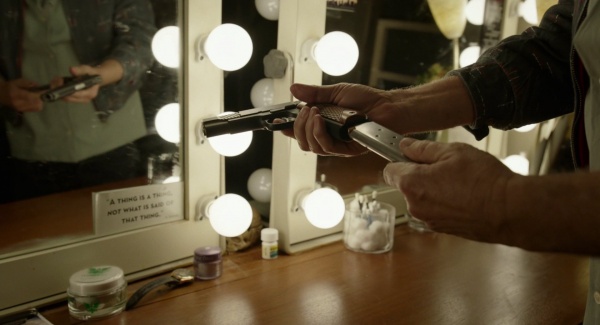 The magazine is inserted back into the pistol. 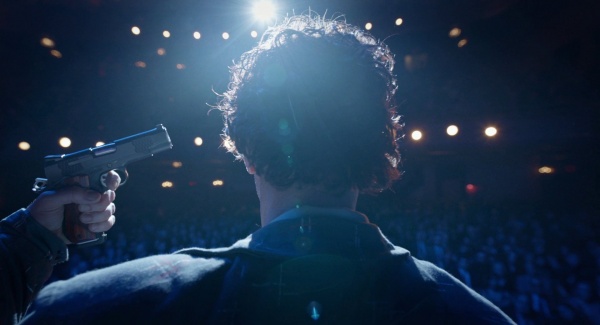 The S&W is being held during the play.

In an earlier enactment of his play, Riggan (Michael Keaton) uses a blank-firing Bruni Olympic 5 replica. Mike Shiner (Edward Norton) later berates Riggan for choosing the revolver, as it looks too fake. 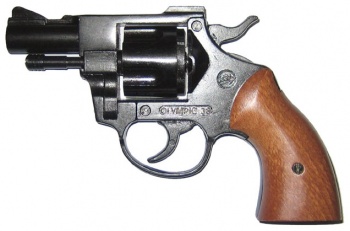 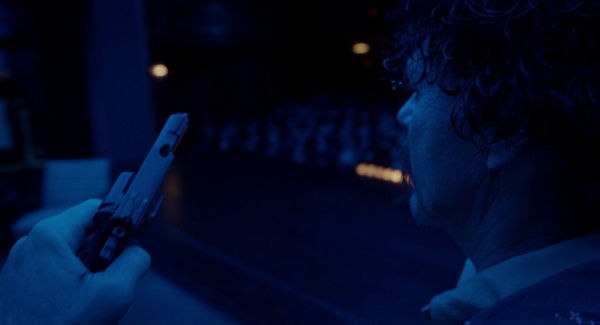 Riggan holding the gun during the play. 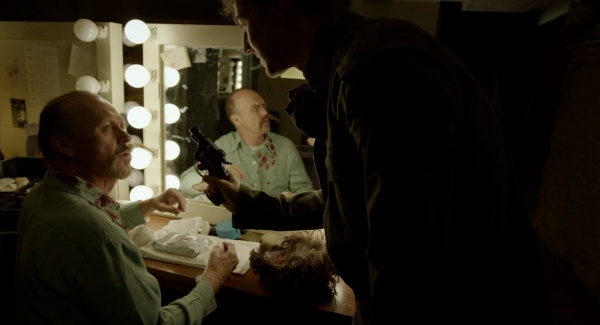 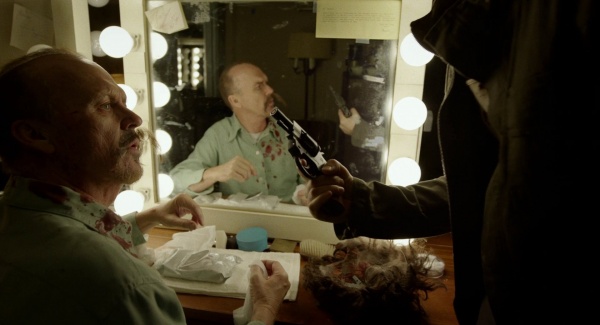 Mike explains that he can see that the barrel is filled in. 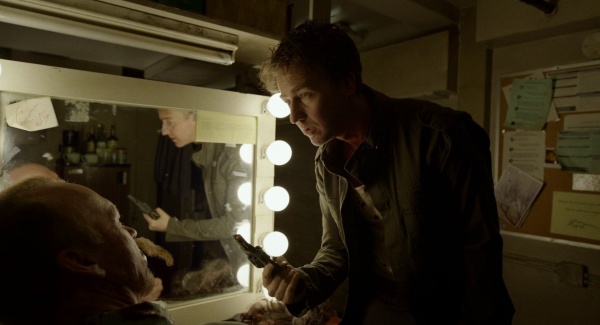 Mike tells Riggan to get a better gun.

In a dream sequence, soldiers are seen with Bushmaster ACRs. 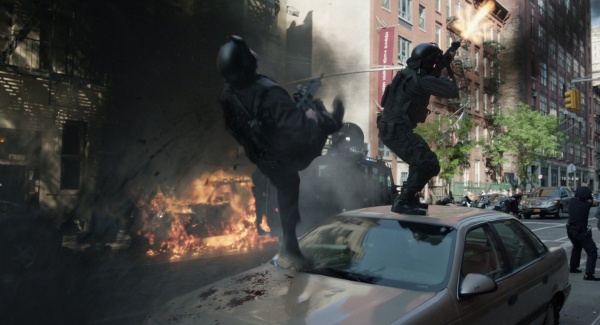 The soldiers firing their assault rifles.
Retrieved from "http://www.imfdb.org/index.php?title=Birdman&oldid=1064232"
Categories: