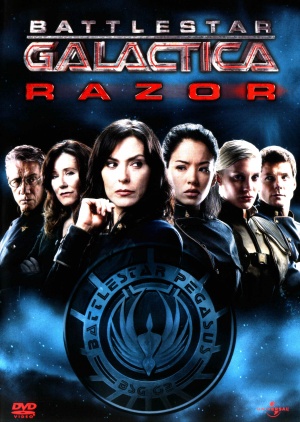 The following weapons were used in the film Battlestar Galactica: Razor:

The heavily modified Smith & Wesson Model 686 L-Frame revolver portrayed as the standard Colonial sidearm in Season 1 of the series is used in the film by a young William Adama (Nico Cortez) during a flashback to the first Cylon War. 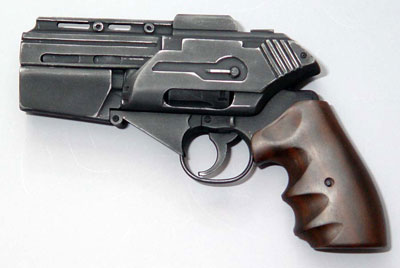 Colonial Handgun as used in Season 1. This is a replica manufactured by Matsuo which incorrectly uses a Colt Python frame rather than the correct S&W one. 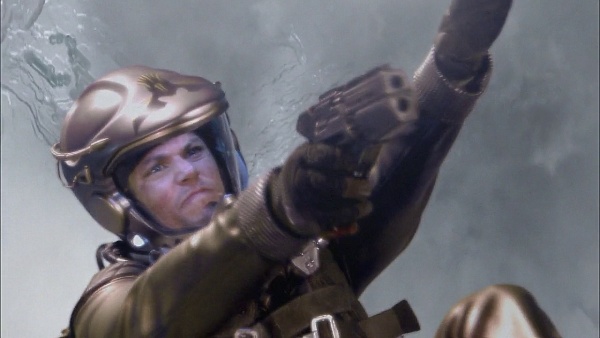 In a flashback to the First Cylon War, a young William Adama (Nico Cortez) opens fire with his handgun after ejecting from his Viper. 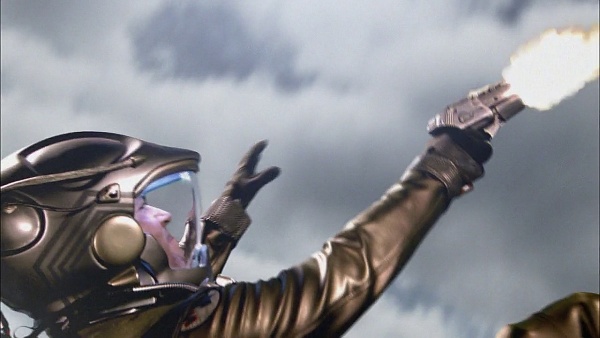 The modified FN FiveseveN, the standard Colonial Military sidearm from Season 2 until the end, is seen carried by the officers of the Pegasus in the film. It keeps the underbarrel explosive launcher. This changeover allows for real semi-automatic fire and makes use of the existing stores of 5.7 x 28mm blank ammunition. 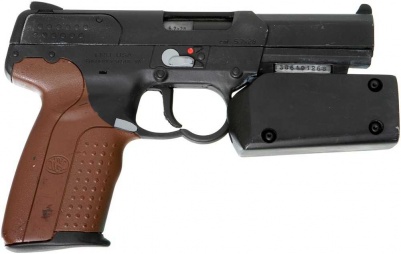 Resin prop of the Colonial Standard Military Sidearm in the Battlestar Galactica series, based on the FN Five-seveN. 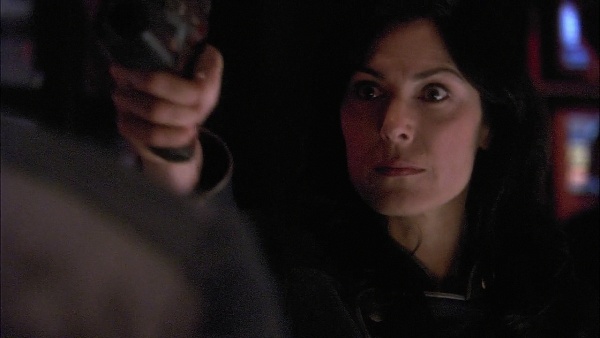 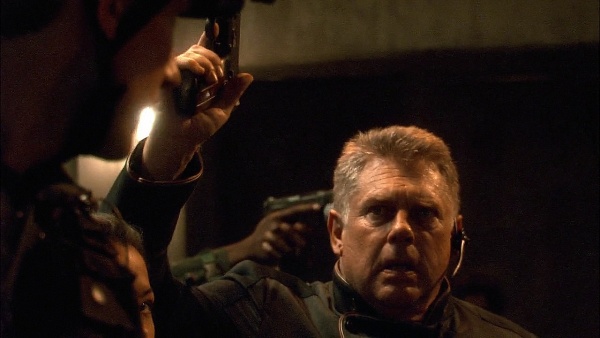 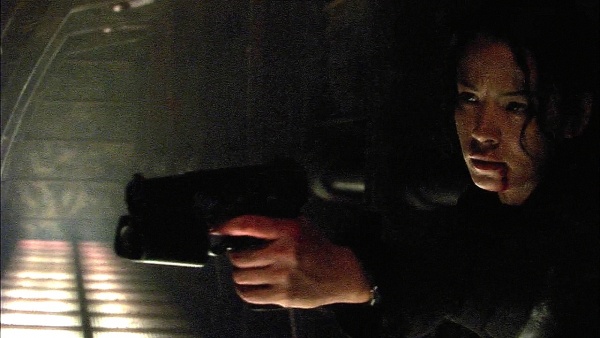 The Beretta Cx4 Storm is the standard long gun of the Colonial Marines on board the Galactica and the Pegasus. The rifle is seen in the film carried by Colonial Marines as well as members of the rescue team. The weapons themselves have various attachments including a rail system with red dot sight, flashlight attachments, and a custom flash hider. 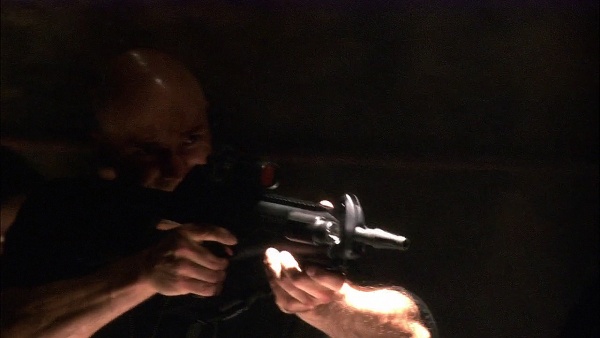 A member of the rescue team is armed with the Beretta CX4 Storm.

A member of the Pegasus rescue team carries the distinctive South African shotgun Armsel Striker while aboard the Cylon basestar. 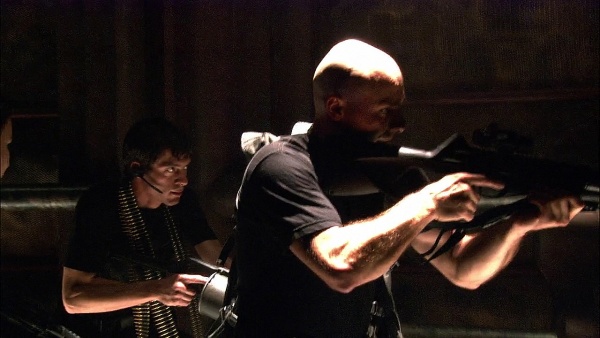 A member of the Pegasus rescue team carries the distinctive South African shotgun Armsel Striker while aboard the Cylon basestar.

During the rescue mission, Kara "Starbuck" Thrace (Katee Sackhoff) carries the Heckler & Koch MP7A1. The major addition to the weapon itself is an ELCAN optical sight rather than a red dot or basic iron sights. 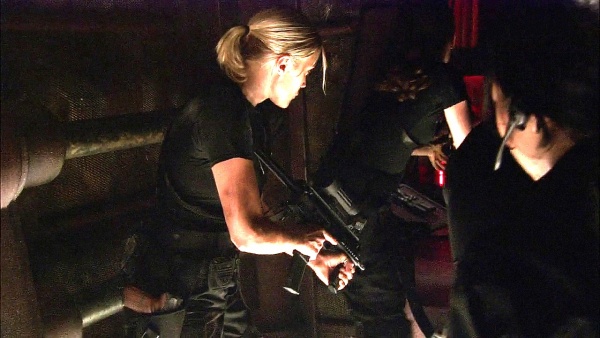 A visually modified M91R was used as the basis for the Cylon Pistol. This machine pistol is first seen in the film rendered in CGI along with the older Cylon models. The real prop is seen held by William Adama (Nico Cortez). 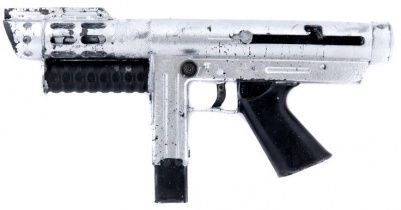 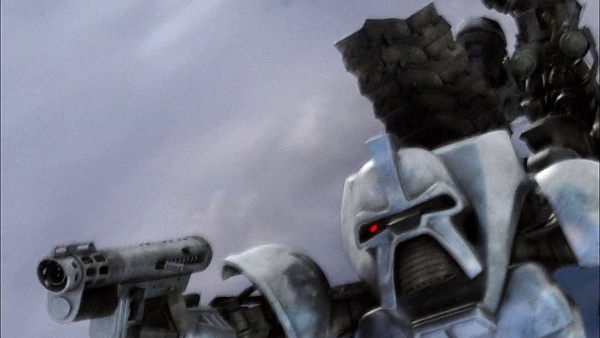 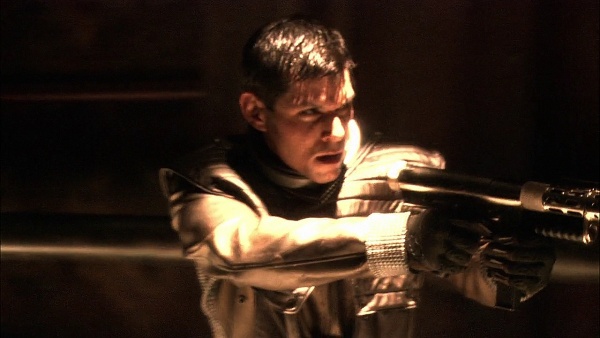 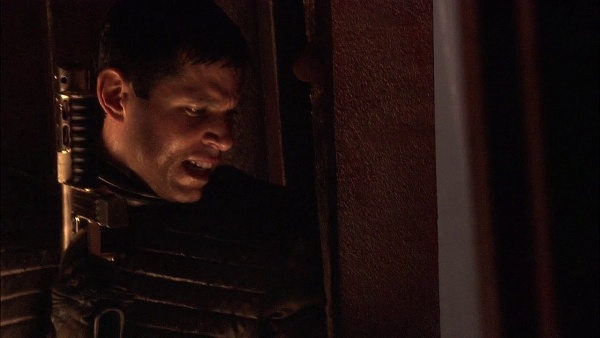 Adama with the weapon.

A Daewoo K3 (fitted with railed handguard, heat shield, and KAC vertical grip) is carried by Kendra Shaw in the final assault on the Cylon Basestar. 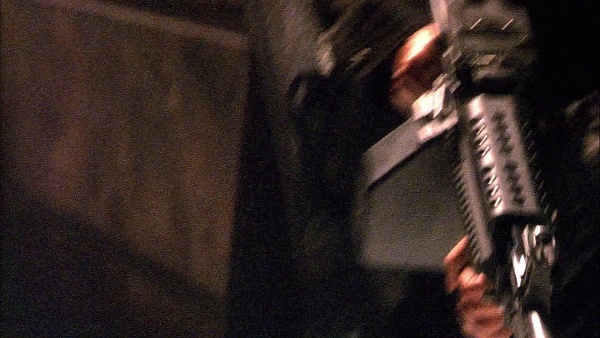 Closeup of the weapon held by Kendra. 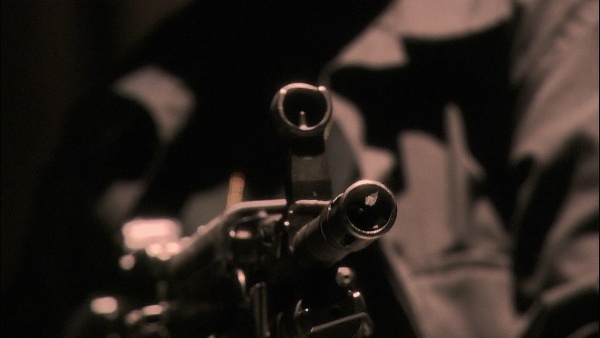 First glimpsed in the Season 2 episode "Pegasus", Adm. Helena Cain (Michelle Forbes) is seen with a collection of guns in her ready room in the film:

A pair of Flintlock Pistols are on display in Adm. Cain's office in Season 2's "Pegasus". 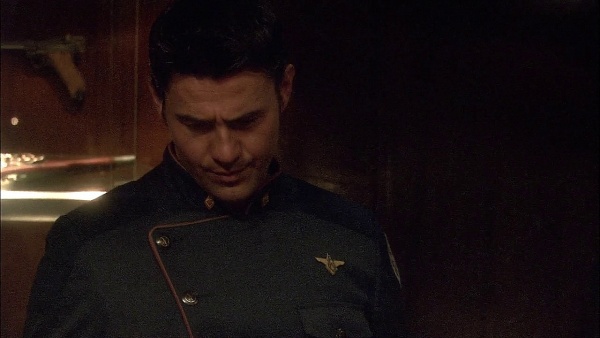 On the left, the Flintlock pistol is below the Luger in the case behind Commander Jurgen Belzen (Steve Bacic).

The Luger P08 is another weapon seen in a display case in Cain's office.

On the left, the Luger is the pistol at the top in the case behind Commander Jurgen Belzen (Steve Bacic). 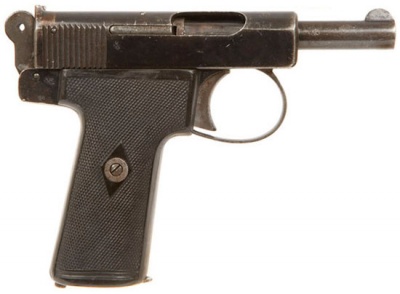 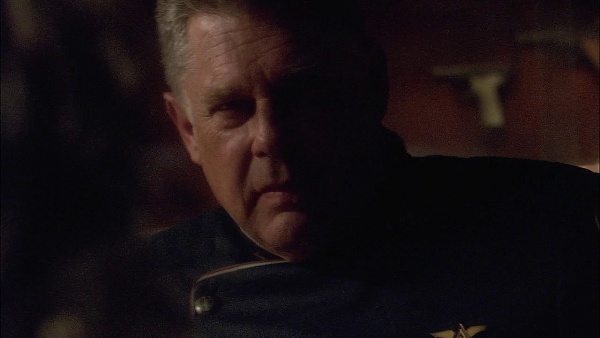 An M1911A1-type pistol also is displayed in Cain's collection. 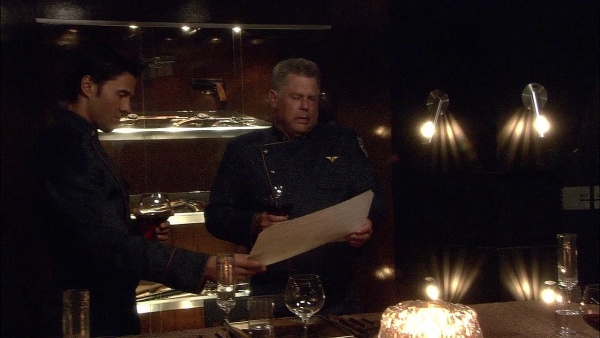 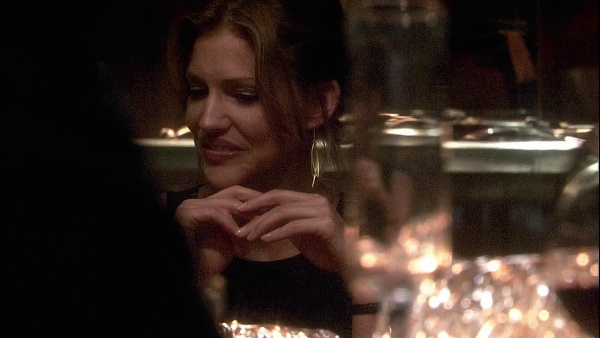 Behind Gina Inviere (Tricia Helfer) is what appears to be the M1911A1 in the upper right.