Assassination of Richard Nixon, The 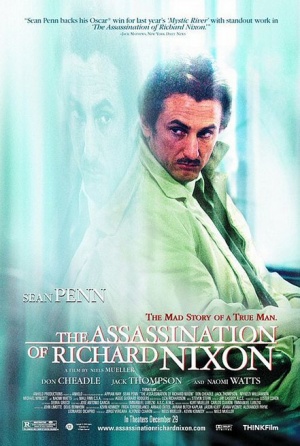 The Assassination of Richard Nixon (2004)

The Assassination of Richard Nixon is a 2004 drama that focuses on the failed assassination of President Richard Nixon by Samuel Byck (changed to Bicke in the film) in 1974. The film was the directorial debut of writer/director Niels Mueller and stars Sean Penn as Bicke and Don Cheadle as Bonny Simmons, his friend and business partner.

The main weapon used in this movie is a Smith & Wesson Model 14 "target masterpiece" fitted with custom pearl grips . Stolen from Bonny (Don Cheadle), Sam (Sean Penn) uses it to kill his wife's dog and during his hijacking of the plane. In the actual events, Byck (his real name was changed for film) used a .22 revolver of an unknown make or model.

Sam finds the Benny's revolver in a drawer. Notice the pearl grips and the Smith & Wesson logo. 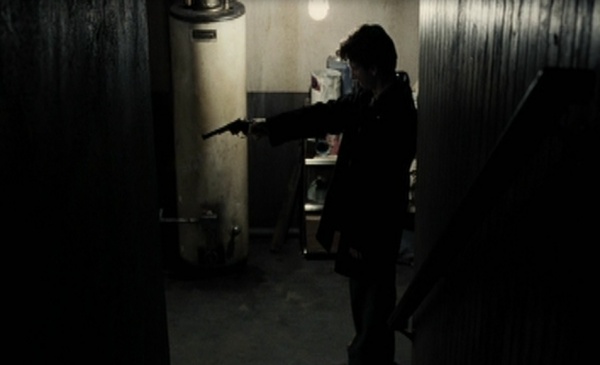 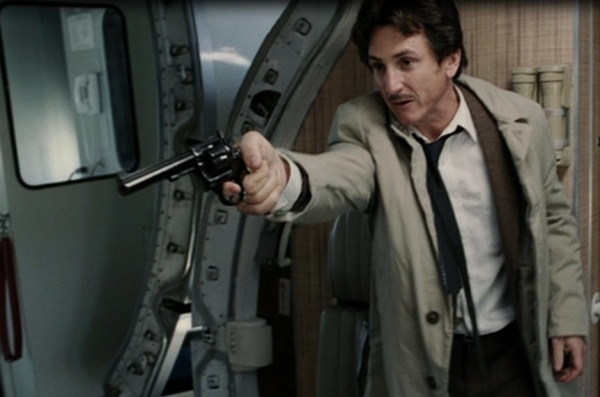 Sam holds the revolver on the scared passengers 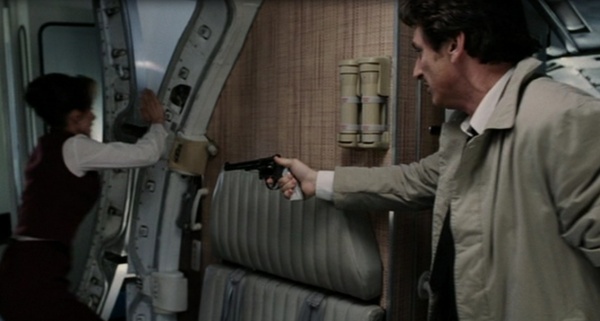 Sam commands a flight attendant to shut the door.

Tell them, Maestro, tell them why I did this. After being shot three times, Sam goes into a monologue (not seen here) and puts the S&W to his head.