Ararat is a 2002 “movie within a movie” directed by Atom Egoyan. In "Ararat", the character director/producer Edward Saroyan (Charles Aznavour) makes a movie to tell the story of the Armenian genocide in and around the town of Van in Eastern Turkey in 1915. As Raffi (David Alpay) is interrogated by a customs officer (Christopher Plummer), upon his return from a visit to Turkey, he recounts how his life was changed during the making of this film and by the life of artist Arshile Gorky (Simon Abkarian), who was a witness to the genocide.

The following firearms can be seen in the film Ararat:

Some Armenian fighters and Turkish soldiers carry and use Mosin Nagant Rifles. 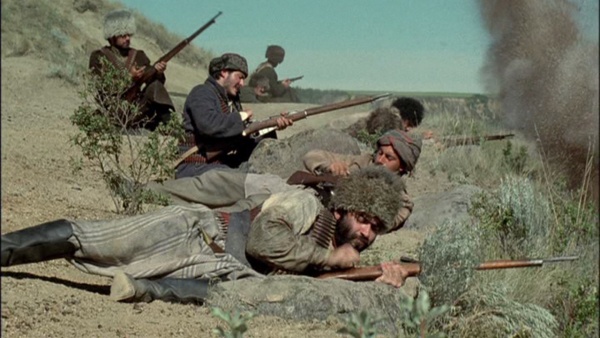 Armenian resistance fighter working the bolt on his Mosin Nagant.

Turkish troops and some Armenian fighters can be seen with Turkish Mauser Rifles that appear to be rather 1903/30 or 1938 variants.

The man at the background left (behing a bush) seems to hold a Turkish Mauser.

A full-length Mauser rifle is briefly seen held by one German soldier that appears to be a Gewehr 98.

Armenian resistance fighter in the foreground has a Gewehr 98.

Some Armenian fighters are equipped with unidentified percussion rifles. 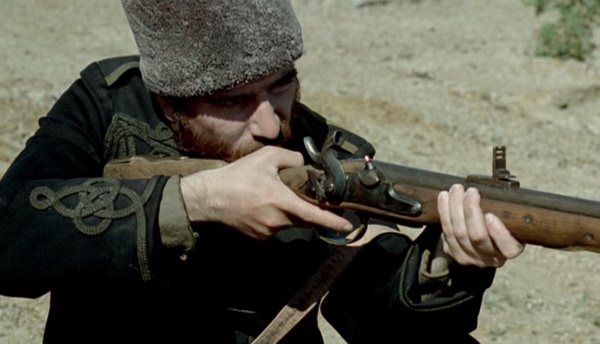 A Maxim MG08/15 is used one of the Armenian resistance fighters. He briefly fires the gun before he getting wounded. 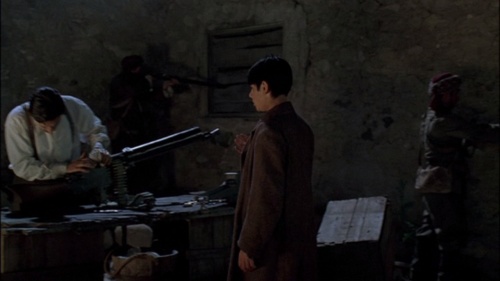 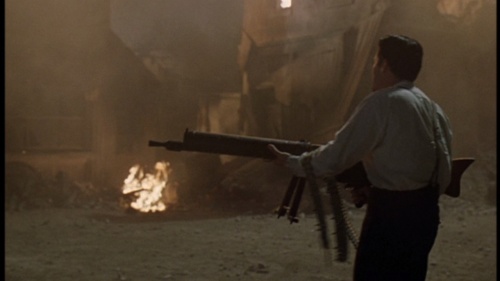 The resistance fighter firing the MG 08/15. 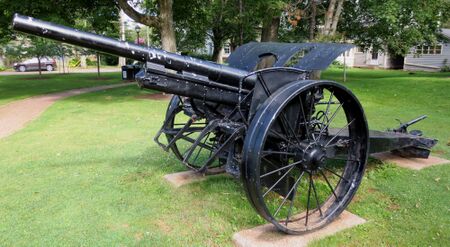 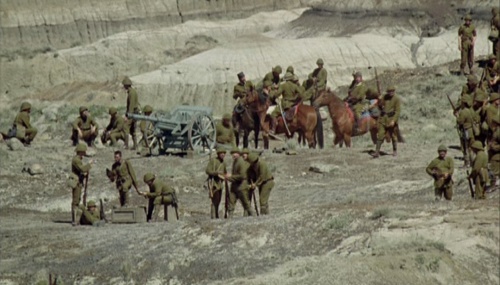 Turks prepare to shell the Armenian resistance. Note: This field piece may be an anachronism as it is believed the Feldkanone 16 was not produced until 1916.
Retrieved from "http://www.imfdb.org/index.php?title=Ararat&oldid=1389957"
Categories: