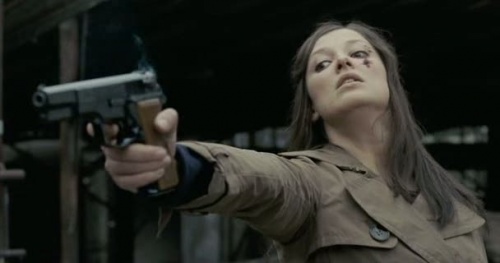 Alexandra Maria Lara with a FEG P9R as Petra Schelm in The Baader Meinhof Complex (2008).

Alexandra Maria Lara is a Romanian-German actor who as appeared in numerous international television and movie productions. She is married to British actor Sam Riley. They have been married since 2009 and have a son.