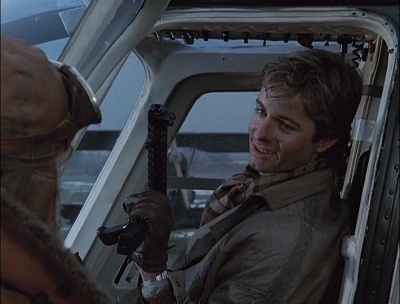 Alex Hyde-White with a Sterling Mk. IV as Jim Ferguson in Biggles: Adventures in Time (1986).

Alex Hyde-White, also credited as Alex Hyde White (born January 30, 1959), is a British and American actor. He started his cinema career at age 18 and appeared mostly in TV series. He is also the son of actor Wilfrid Hyde-White.