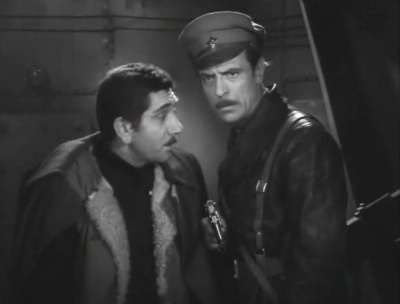 Aleksandr Sergeevich Lazarev (January 3, 1938 - May 2, 2011) was a Soviet and Russian stage and screen actor, best known for the leading role in One More Thing About Love (Yeshcho raz pro lubov) (1968). In 1977 he was awarded the title of People's Artist of the RSFSR. His junior brother Yuri Lazarev and son Aleksandr Lazarev, Jr. are fellow actors.