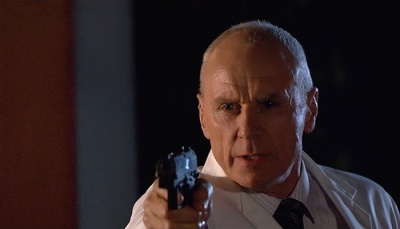 Alan Dale with a Heckler & Koch USP as Professor Aaron Copley in Torchwood.

Alan Dale (born May 6, 1947) is a New Zealand actor who from 1979 appeared in 14 movies and in about 50 TV series including The X-Files, NCIS, JAG, CSI: Miami, 24, Torchwood, Sea Patrol, Burn Notice and in perhaps his most notable role, as Charles Widmore in Lost.