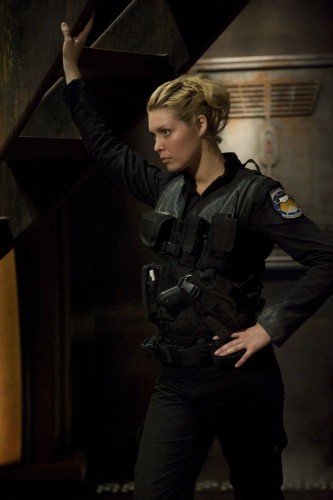 Alaina Huffman as Lt. Tamara Johansen on SGU Stargate Universe with her Beretta 92FS on her vest 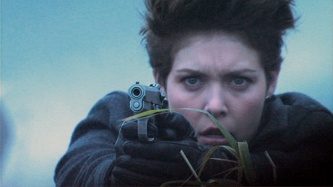 Alaina Huffman is a Canadian actress of Serbo-Croatian descent. She was born in Vancouver, British Columbia and became a model when her parents moved to Dallas, TX. She got modeling contracts which took her to Asia and Europe, but then migrated between Los Angeles and Vancouver as an actress. She has acted under her maiden name "Alaina Kalanj" in some shows, however, she is most famous for her roles credited with her married name, "Huffman". She has four children with her husband, John Huffman.