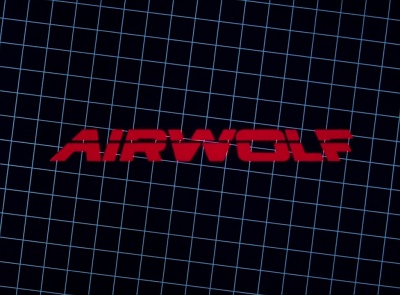 Airwolf was a television action series that aired for three seasons in the US on CBS from 1984 to 1986 and then for one on the USA Network in 1987. For its first three seasons, the series starred Jan-Michael Vincent as Stringfellow Hawke, an American pilot who flew helicopters during the Vietnam War, who is asked by a covert US government agency known as the "F.I.R.M." to recover a top secret military attack helicopter designated "Airwolf" that after being stolen by its creator. After recovering the helicopter, Stringfellow then flies Airwolf on missions for the agency, in exchange for the agency's continued search for his brother, who was declared missing in action after being shot down in Vietnam. The series was created by Donald Bellisario (who also created such series as Magnum P.I., JAG, and NCIS) and co-starred Ernest Borgnine, Jean Bruce Scott, and Alex Cord. For its fourth season, the series moved to the USA Network and filming moved from Los Angeles to Vancouver with a new cast and mostly stock footage used for the Airwolf flying scenes.

The series was likely greenlighted by CBS due to the success of the 1983 superhelicopter film Blue Thunder and premiered in the same year as the ABC direct television adaptation. The Airwolf helicopter itself was played by two helicopters, both modified civilian Bell 222s; the non-flying mockup was the original Bell 222 fuselage, serial number 47001; from this molds were made and the parts modified to FAA specifications and fitted to the flying helicopter, serial number 47085, owned by Jetcopters, Inc. of Van Nuys, California. The modifications were designed by artist Andrew Probert, also known for designing the USS Enterprise and most of the other spacecraft featured in Star Trek: The Motion Picture, the USS Enterprise-D and various other ships including the Romulan Warbird for Star Trek: The Next Generation, and finishing the design of the DeLorean time machine for Back to the Future, which had been started by artist Robert Cobb. After the series, 47085 was sold and used as an air ambulance in Germany. In 1992, the helicopter crashed during a thunderstorm, killing all three of the crew.

The following lists the seasons of the television series Airwolf: