Action B (Akce B)

Action B (Akce B) is Czechoslovakian black-and-white action drama from 1952 directed by Josef Mach. Propaganistický film shows the struggle of the Czechoslovak armed forces (ČSLA, SNB) against groups of Ukrainian Insurgent Army UPA under command Burlak (Miroslav Holub), whe tried to pass through the territory of Slovakia.

The following guns were used in movie Action B (Akce B): 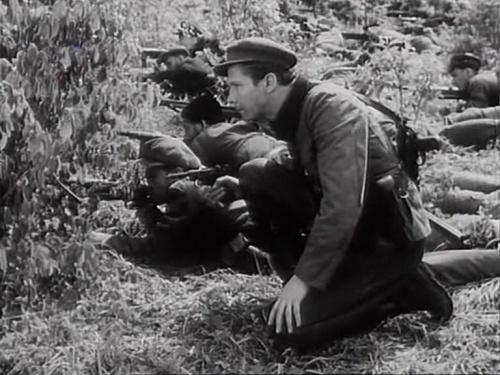 Juzek Kuczerjavý (Jaroslav Mareš) fire a pistol in the fight. 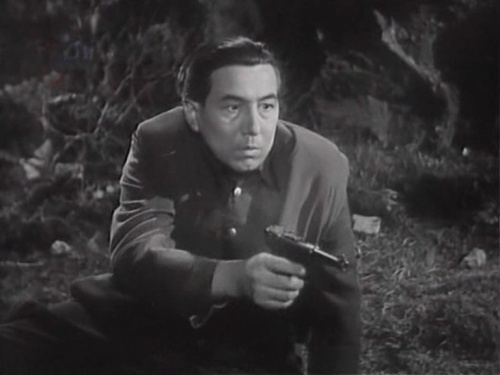 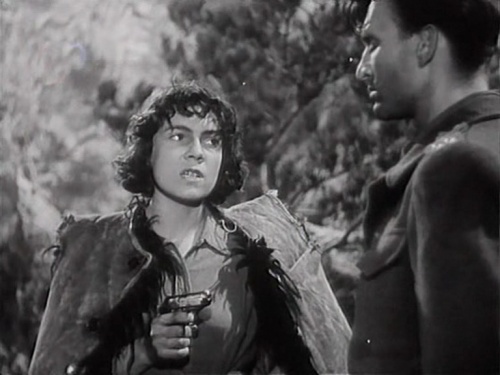 Most UPA fighters were armed with MP40 submachine guns. 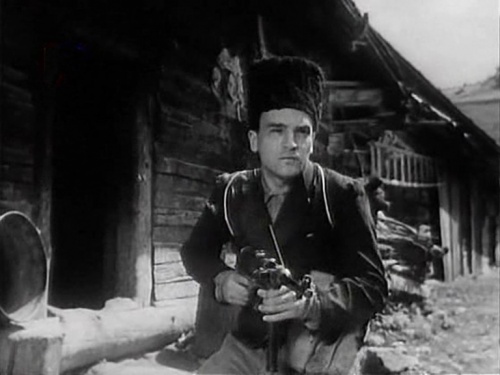 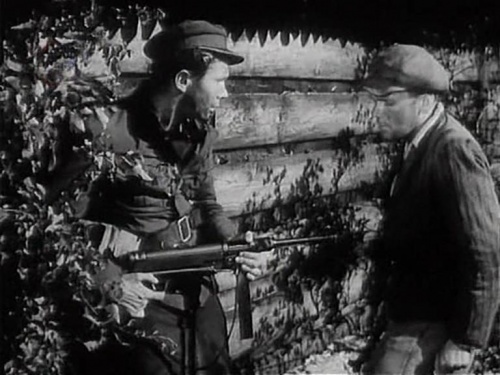 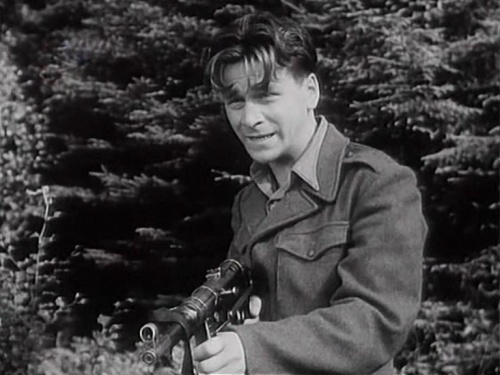 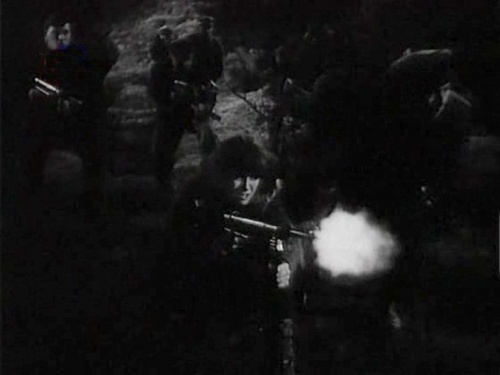 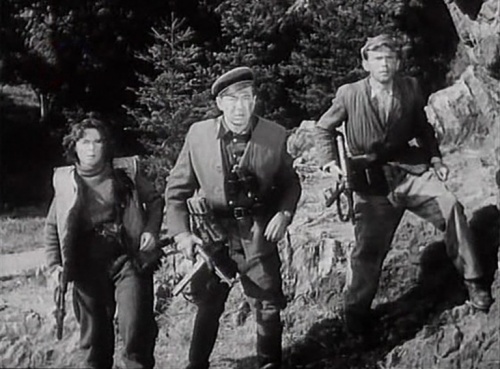 Members of the Czechoslovak armed forces were equipped with PPSh-41 submachine guns. 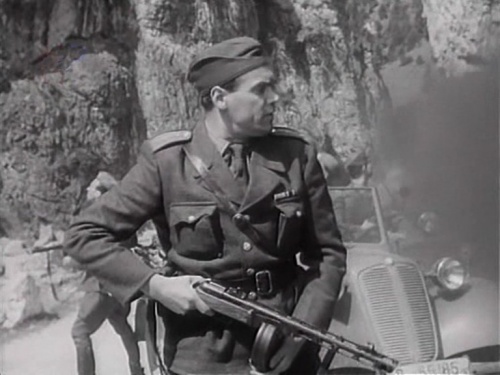 Ensign SNB Suk (Oldrich Lukes) performs control cars on the road with a PPSh-41 in his hand. 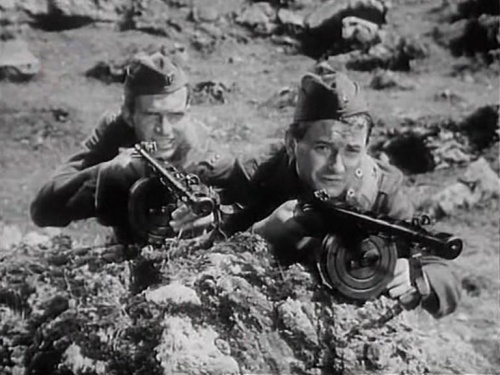 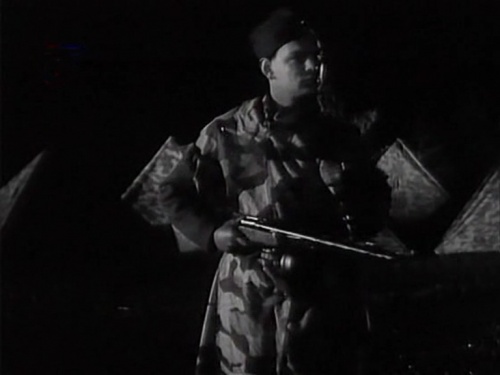 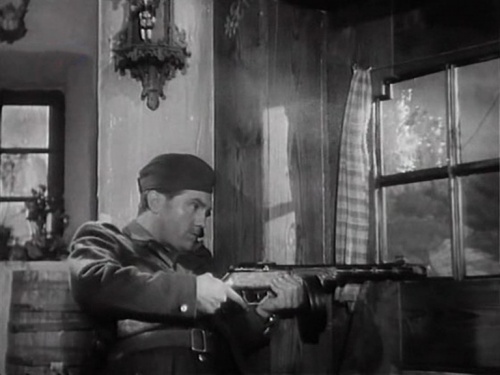 Lt. Málek (Rudolf Deyl) by firing from his PPSh-41 reflects the attack of UPA fighters on the forester's house. 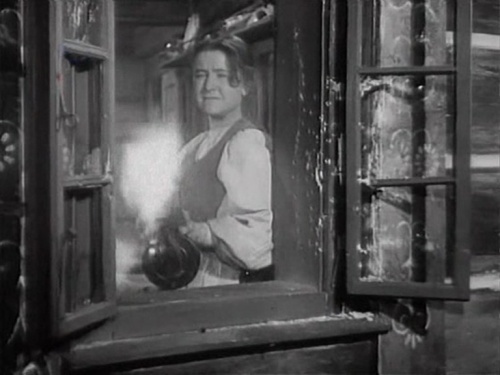 Mária (Antonie Hegerlíková) mowed down the bandits by short bursts from PPSh-41.

Czech insurgent armed with Karabiner 98k rifles (retrospective scene from Prague uprising at the beginning of the film). 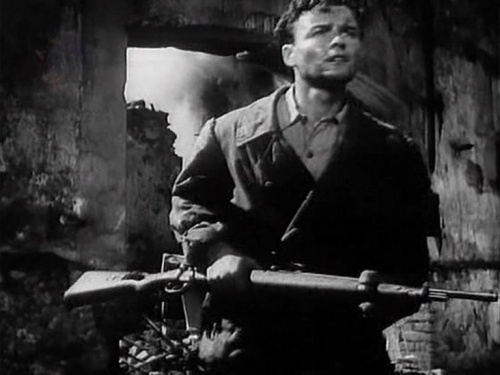 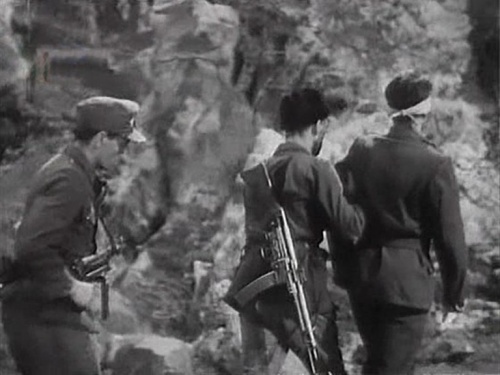 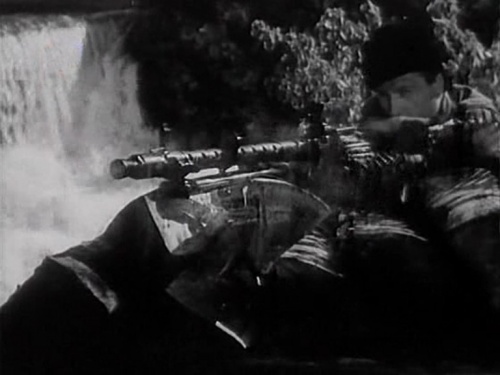 A UPA gunner used a MG34 machine gun in a combat. 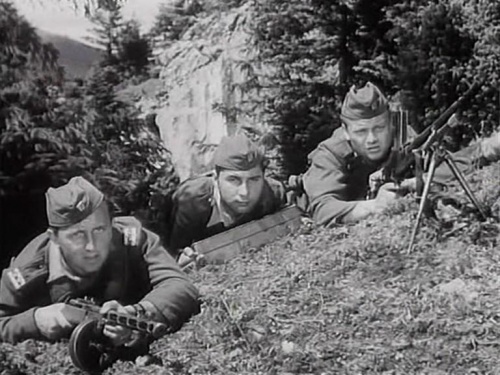 A ZB-53 machine gun is also used in action. 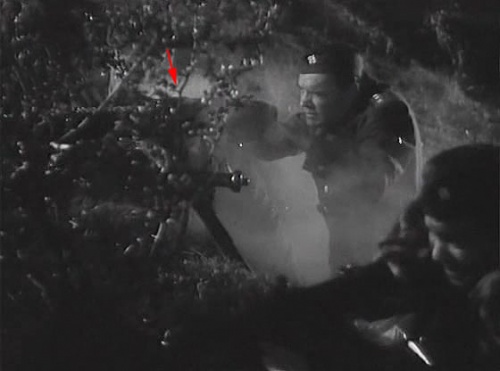 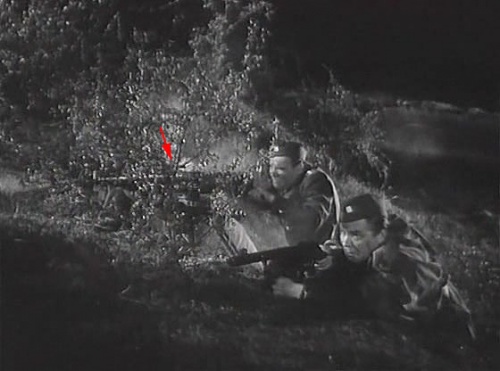 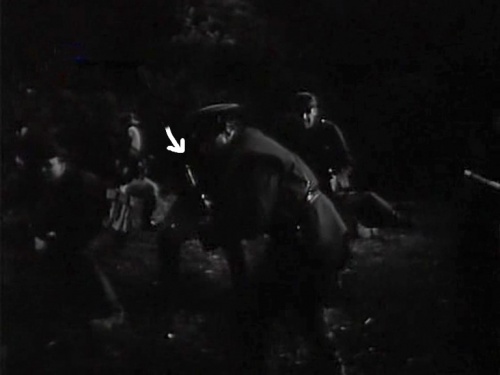