Across 110th Street is a 1972 Blaxploitation film starring Anthony Quinn as Frank Mattelli, a prejudiced police captain who is partnered with Lt. William Pope (Yaphet Kotto), a young black by-the-book detective in investigating the killing of five gangsters, two cops and the theft of $300,000 by three amateur criminals.

The following firearms were used in the film Across 110th Street:

Jim Harris (Paul Benjamin) uses a Smith & Wesson M76 sub-machine gun in the opening shootout and the theft of the money. He also uses it in the end when being chased by the police. In typical movie fashion, Harris can fire hundreds of rounds without reloading. 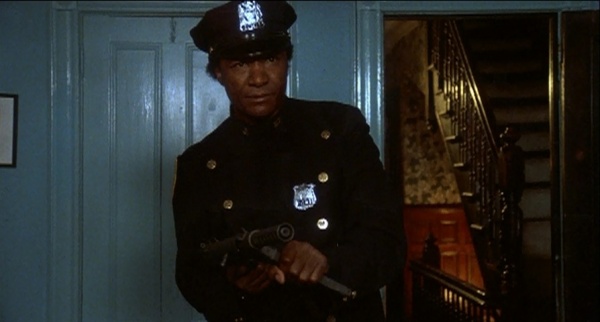 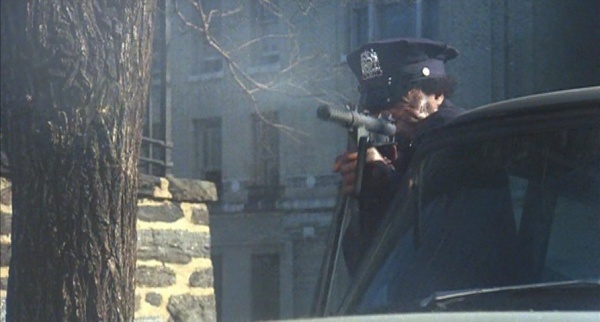 Harris fires at a real policeman 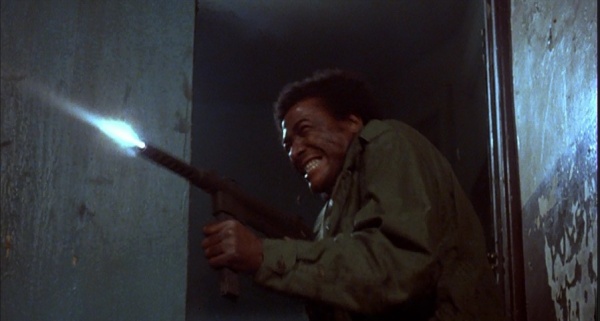 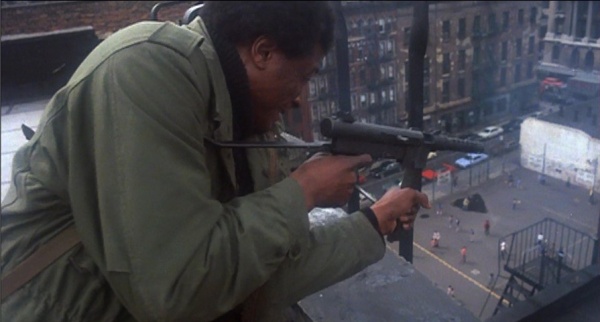 Harris continues to fire at the police, this time with the stock unfolded 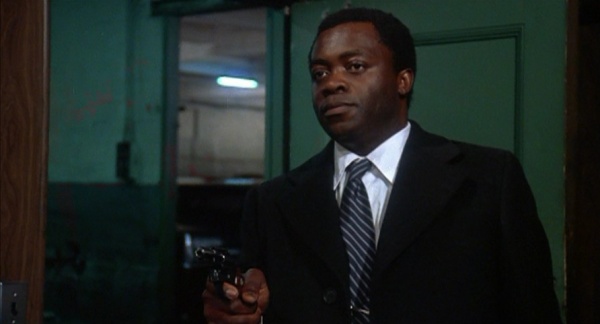 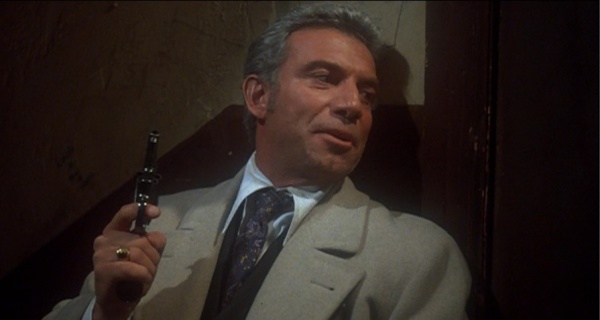 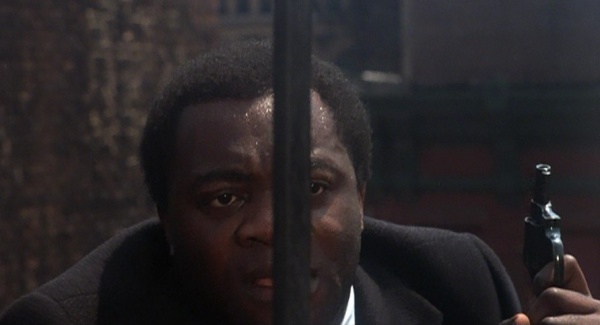 Pope with the snubnose

Joe Logart (Ed Bernard), another one of the criminals that steal money from the gangsters in the beginning of the film, uses a standard Colt Official Police revolver. Several police officers chasing Harris also carry them. 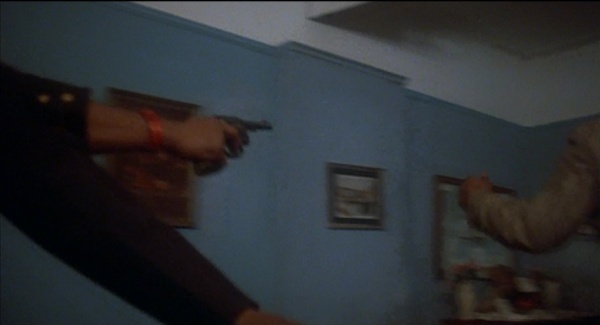 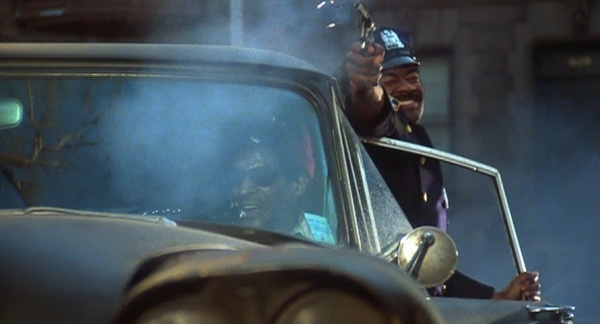 Logart fires at the real policemen 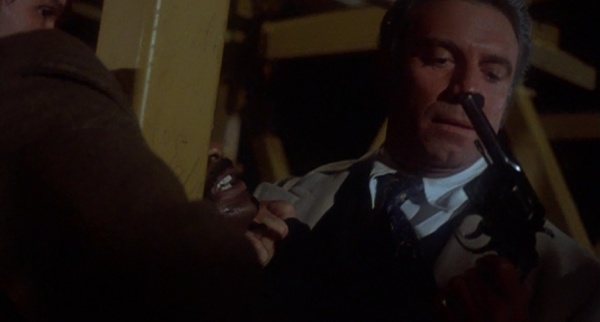 One of Doc Johnson's men Shevvy (Gilbert Lewis) uses a Beretta M1935 as his main sidearm. In the final scene, he briefly uses it with a suppressor. 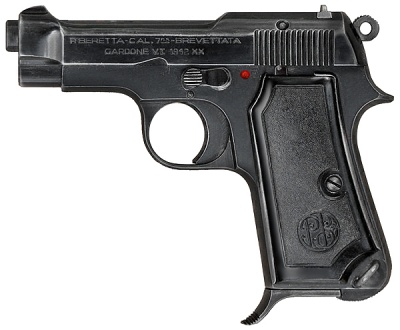 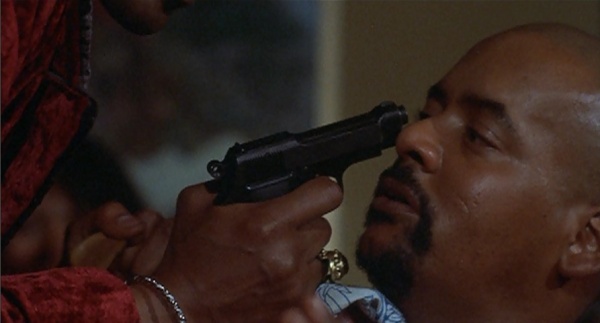 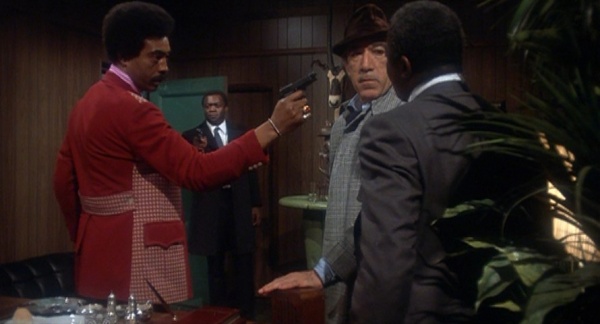 Shevvy aims at Mattelli, while Pope aims at Shevvy

One of the gangsters that is gunned down in the beginning tries to fire a Colt Detective Special at the criminals. 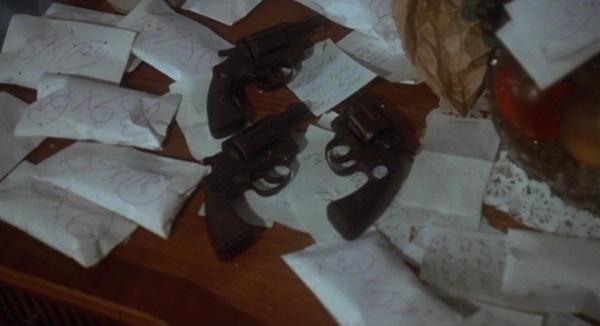 Three detective specials lying on a table. Note that two appear to be missing their Colt medallions for some reason 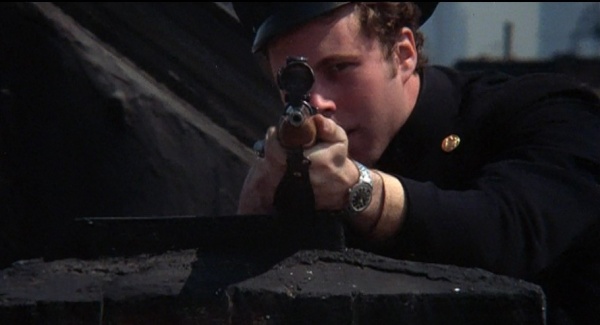