A Day of Fury

A Day of Fury is a 1956 Western directed by Harmon Jones. The gunslinger known as Jagade (Dale Robertson) returns to the town of West End, from where he was once ousted and he wants revenge. Along the way saved a life of Marshall Allan Burnett (Jock Mahoney), who going to be married that day with Sharman Fulton (Mara Corday), the woman, by which he has also interested. In town Jagade kills a man in self-defense. Local residents are outraged and asking why Marshall will no intervene, so in between local people escalates the violence.

The following weapons were used in the film A Day of Fury:

Many characters in movie are seen with a SAA "Artillery" Model revolver. 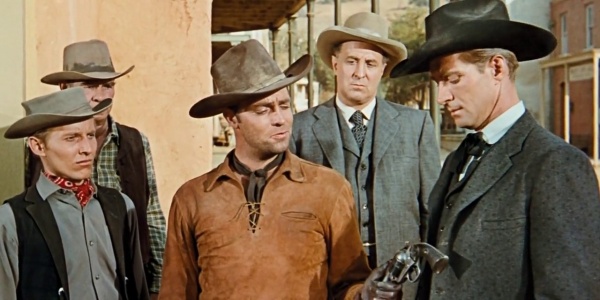 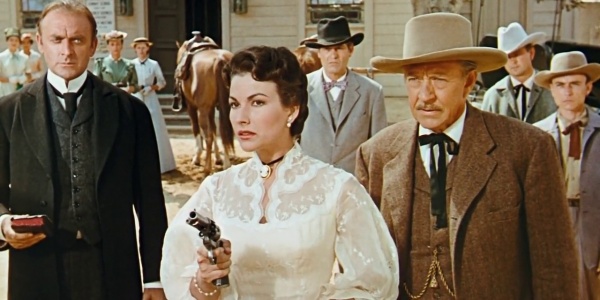 Sharman Fulton (Mara Corday) in her wedding dress pick up Jagad's revolver and aim it at him. 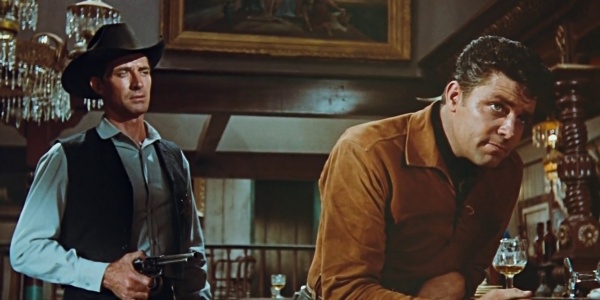 Marshall Burnett (Jock Mahoney) pulls at Jagad his weapon in saloon with the words "Get out of town". 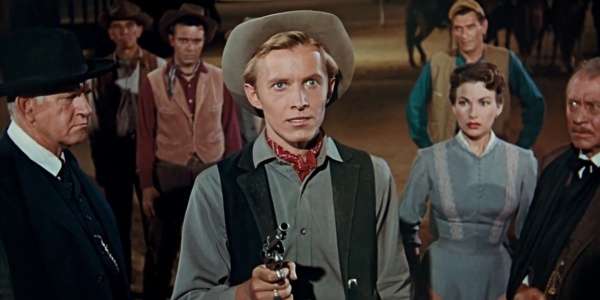 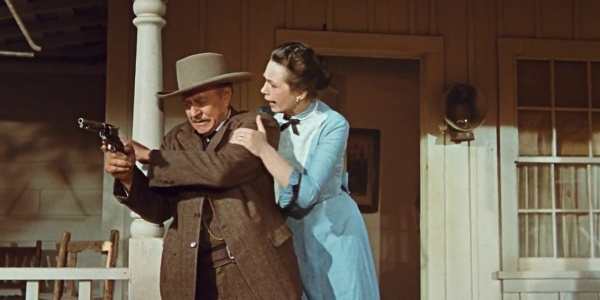 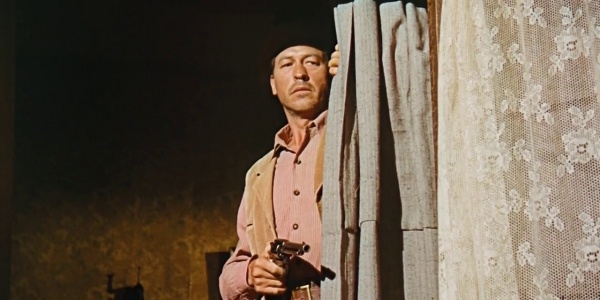 Waco (Regis Parton) is preparing to shoot from the window of his room. His revolver has a pearl grips. 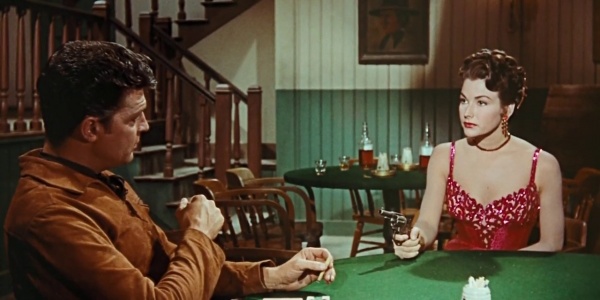 Sharman drew his weapon on Jagade at the table in the saloon. 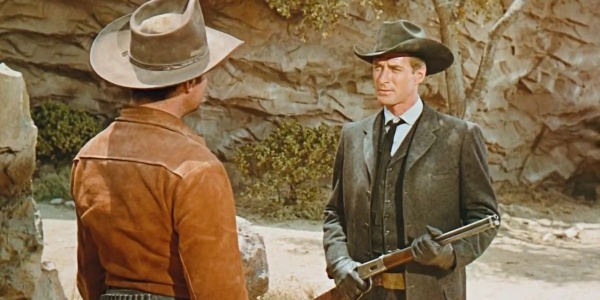 Allan Burnett when first meet with Jagade, holds his rifle in hand.

Some characters are seen with Winchester Model 1892 rifles. 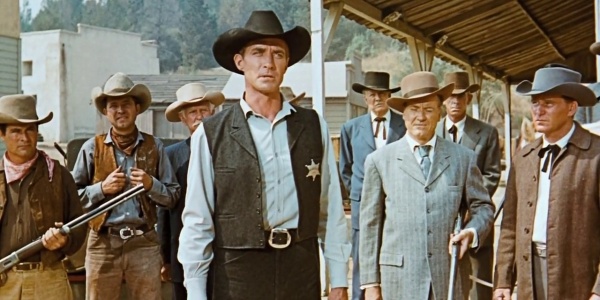 The men of the city, who prepare to kill Jagade, are armed mainly with these rifles. 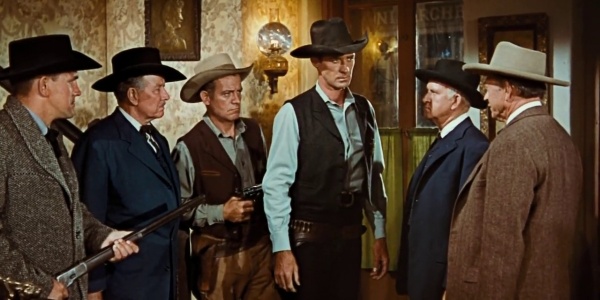 Also, men who came to arrest Marshall is holding Winchester Model 1892 in hand.

In a arms rack in the office of Marshall is also seen 12 Gauge Double Barreled shotgun. 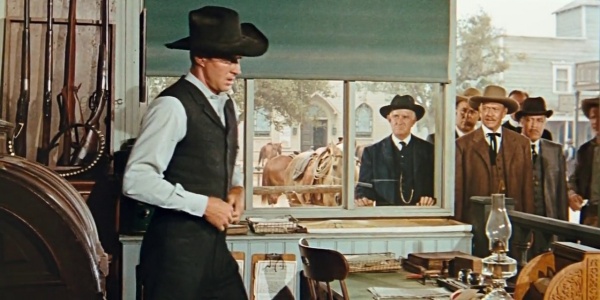