A Call to Spy

The following weapons were used in the film A Call to Spy:

Virginia Hall (Sarah Megan Thomas) uses a Luger P08 when demonstrating how the French resistance can incorporate firearms into their work, instructing that "when you use a gun, double tap: torso, head." Lugers are also prominently used by German Army soldiers and Vichy officers. 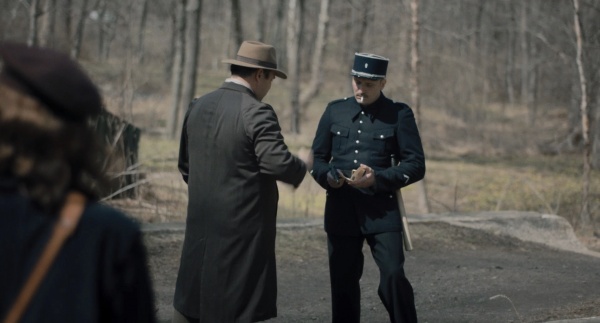 A Vichy officer holds his Luger while looking over a French citizen's papers. 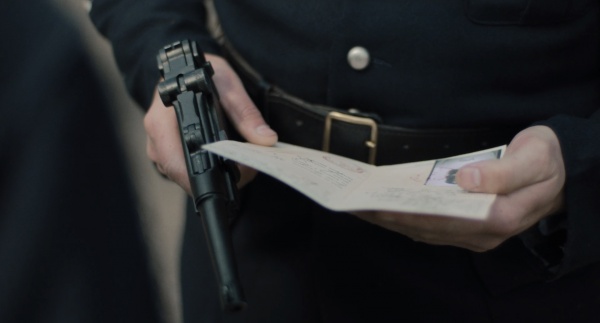 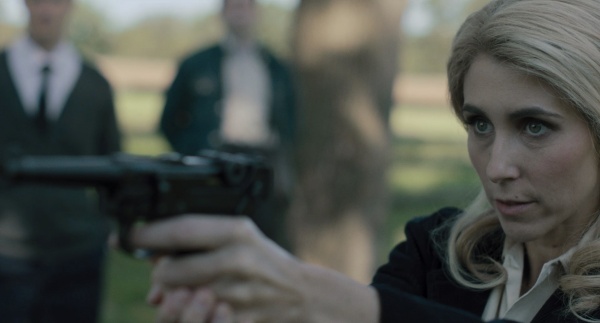 Virginia demonstrates how to fire a Luger for the gathered resistance members. 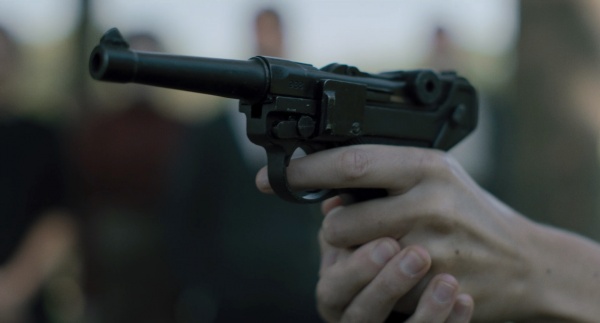 A Vichy France policeman who encounters Virginia and her group on the street draws a M1911A1-style pistol from his holster. 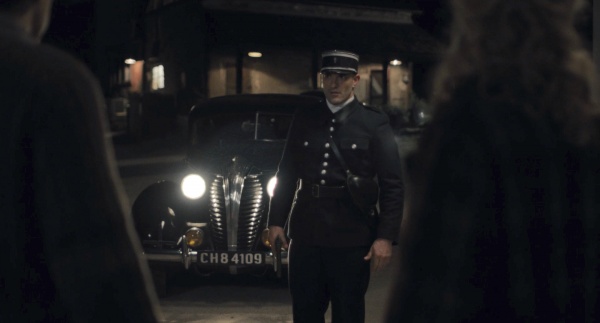 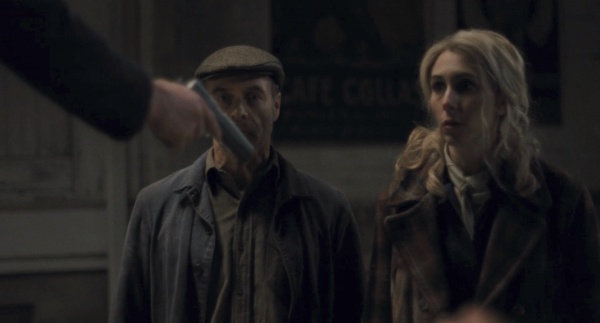 The office threatens Virginia and her resistance colleagues. 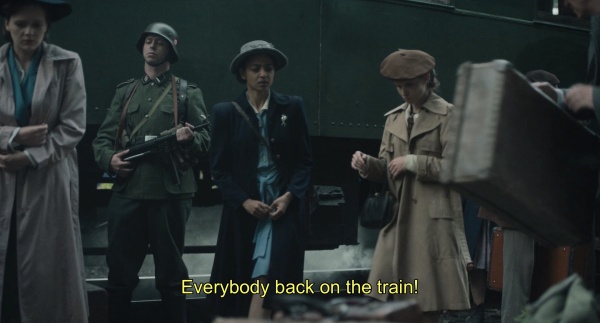 An MP40-wielding soldier stands behind Noor Inayat Khan after the SS searches a train. 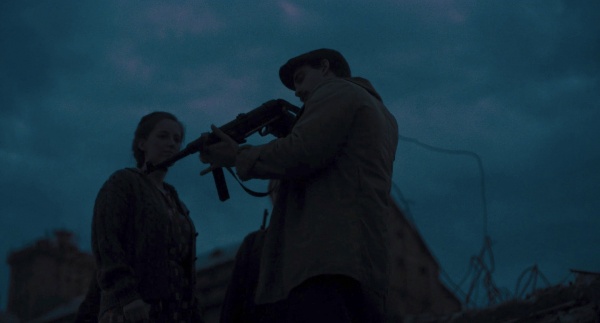 Alfonse looks over his MP40. 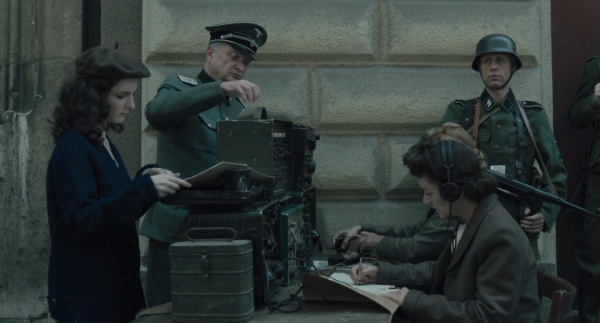 Many Wehrmacht soldiers and SS personnel in occupied France carry Karabiner 98k rifles as were issued by the German military during World War II. 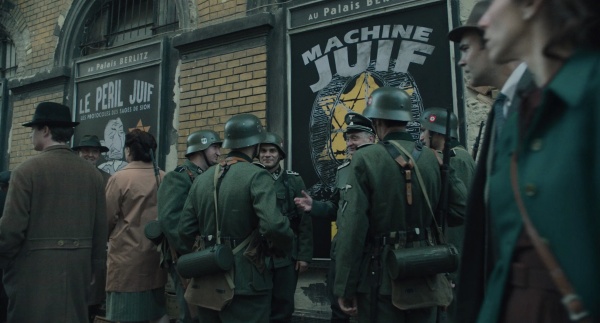 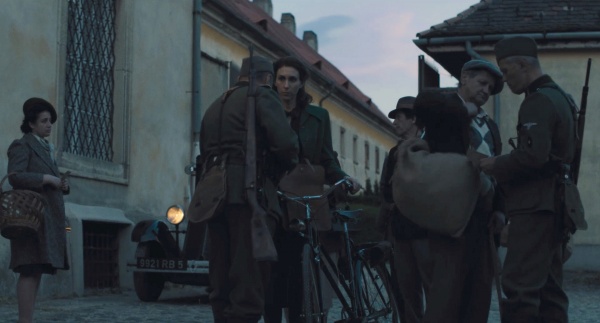 Two Karabiner 98k-armed German soldiers inspect Virginia's papers as she and another civilian attempt to pass through a checkpoint. 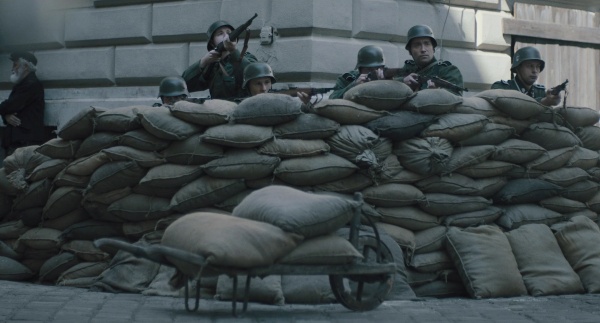 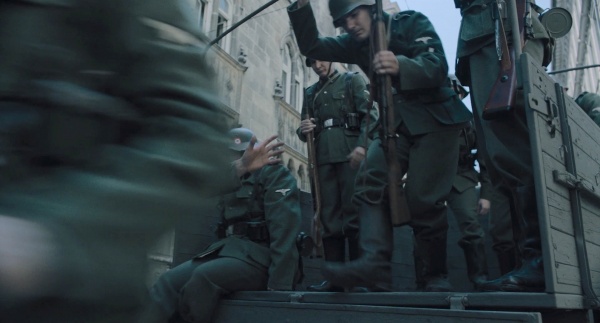 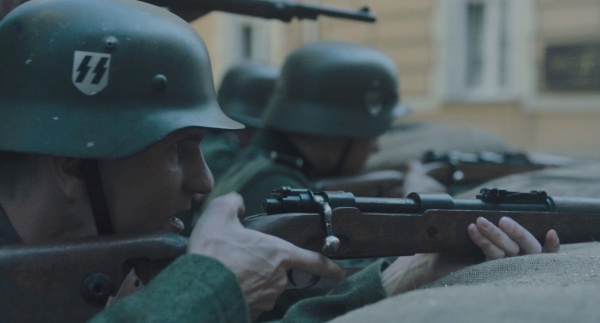 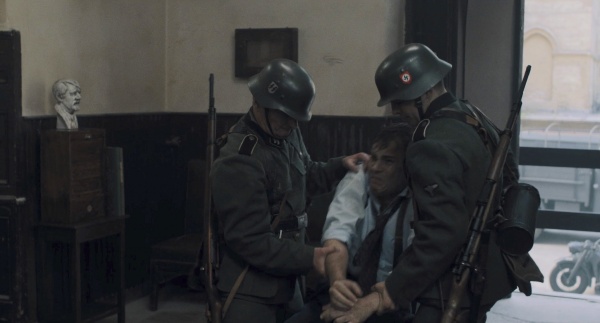 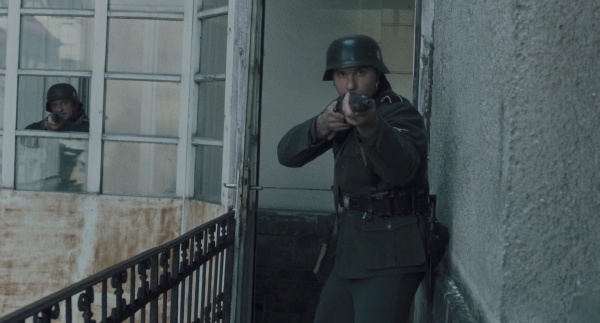 When recounting the details of the hunting accident that cost her her left leg, Virginia (Sarah Megan Thomas) is seen in flashback carrying her "father's favorite shotgun", a hammerless double-barreled model. 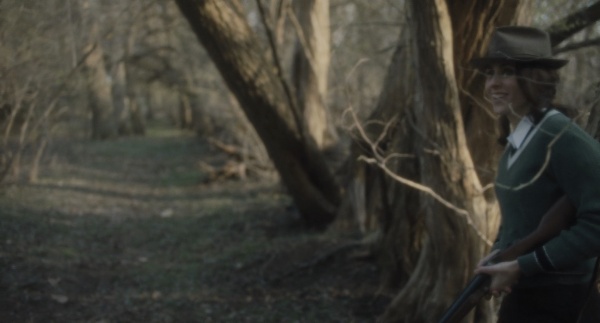