The following weapons were used in the anime series 86:

What appears to be a SIG-Sauer P226R is used by Shinei Nōzen of the Spearhead Squadron as his personal sidearm. It's seen prominently in "Undertaker" where he personally executes Kujo Niko due to massive blood loss from severe wounds during an engagement with Giad Empire forces. Other members of the squadron also use it. 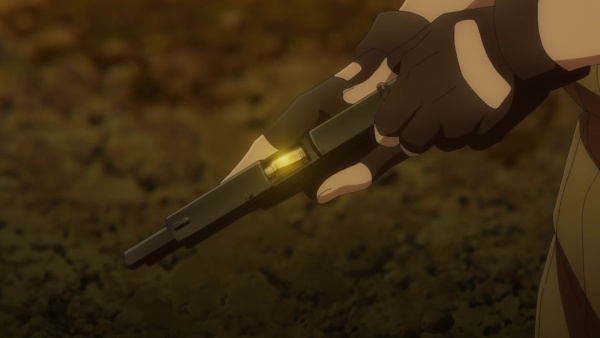 Shinei pulls the slide to load a round in the pistol in "Undertaker." 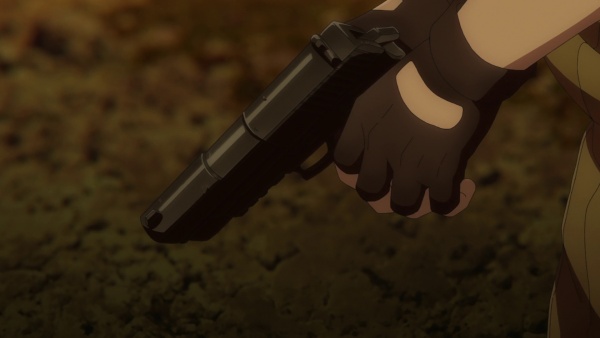 Shinei preparing to do his job as the undertaker. 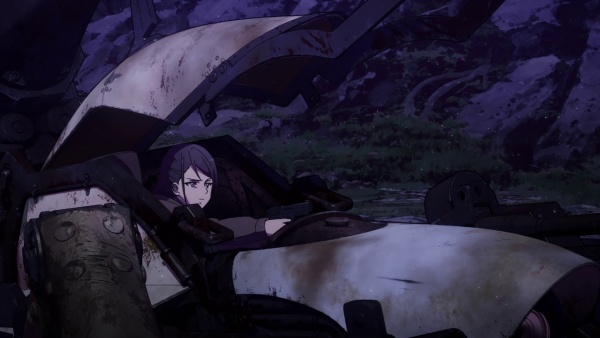 Lecca Rin takes out her P226 after her Juggernaut is disabled in "Through to the End." 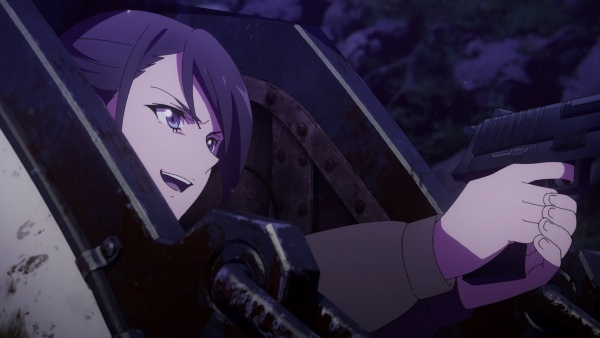 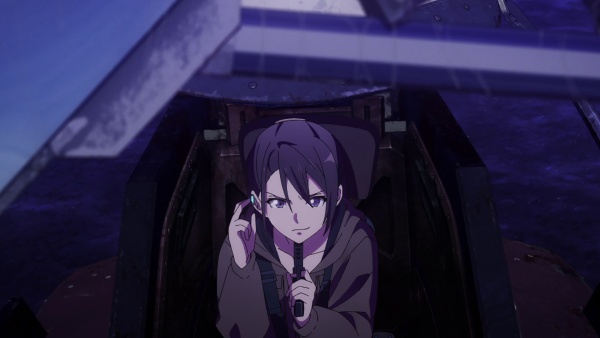 Lecca decides to commit suicide rather than face death from a Löwe. 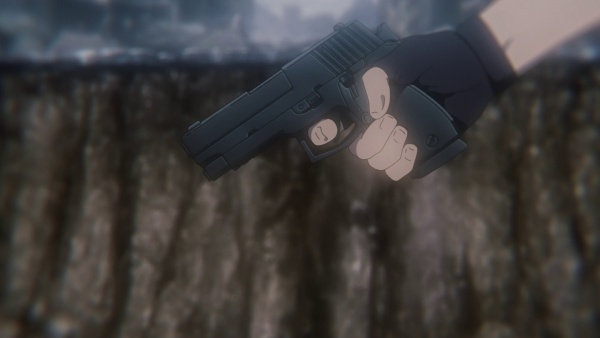 A good shot of Shinei's sidearm after he executes a wounded SS soldier in "Will You Remember Me?" 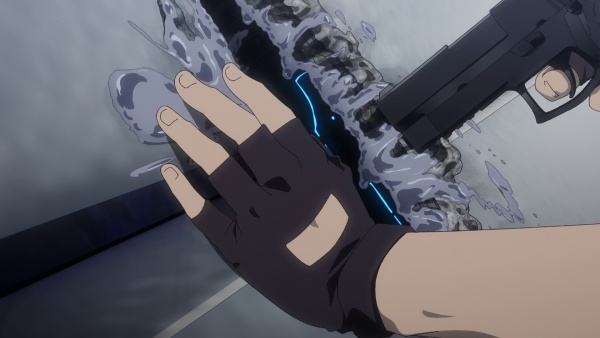 Shinei using his sidearm in "Thank You". His P226 changes to a P226R in this episode. 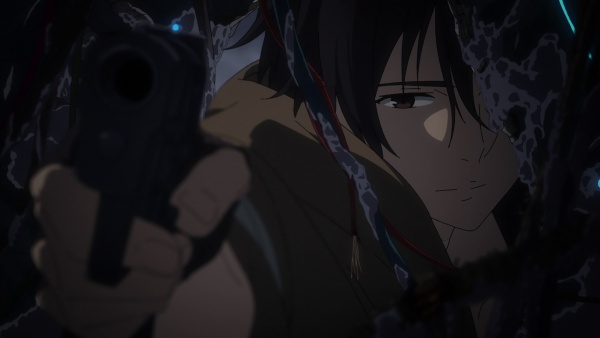 Shinei fires his P226R inside a damaged Black Sheep mech to destroy its core unit.

A battle rifle resembling the FN FAL is used by Shinei during his younger days as a child soldier in "Through to the End". Spearhead Squadron uses it in the present day as their primary weapon. In "I'm With You", it's briefly seen with a San Magnolian Air Force pilot before an Ameise mech kills him. 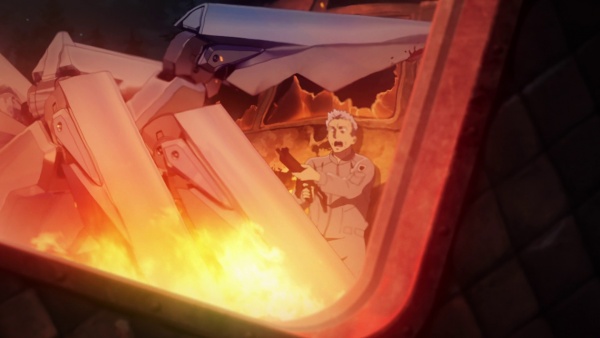 The SMAF pilot has the unforunate luck of being cornered by an Ameise at the start of "I'm With You". 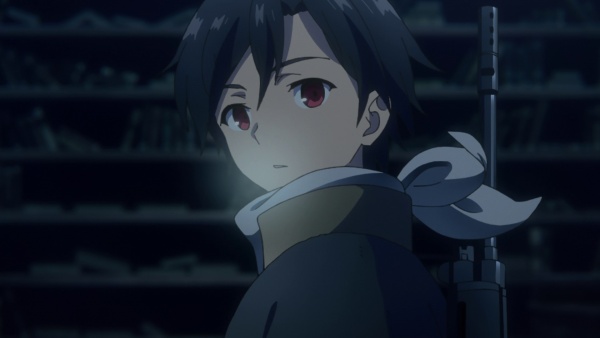 The rifle slung on Shinei's shoulder in "Through to the End" in December 17, Stellar Year 2144. You can see the FAL-based barrel. 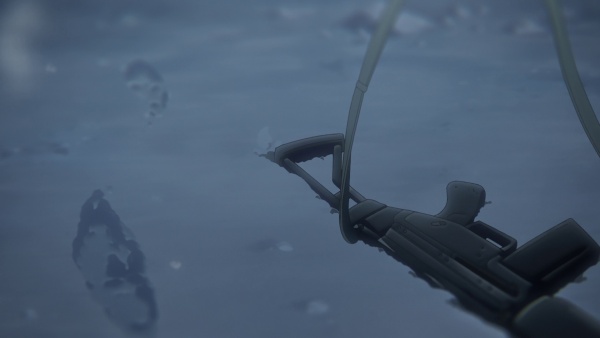 In this shot, you can see the FAL-based stock. 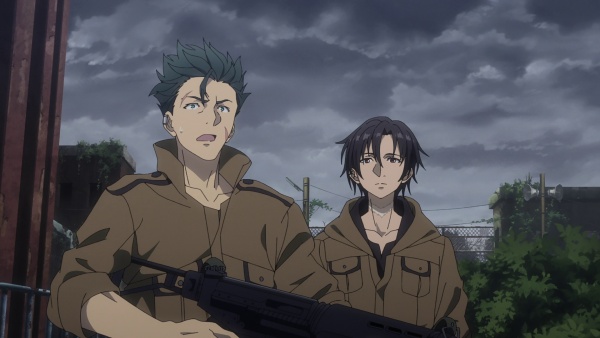 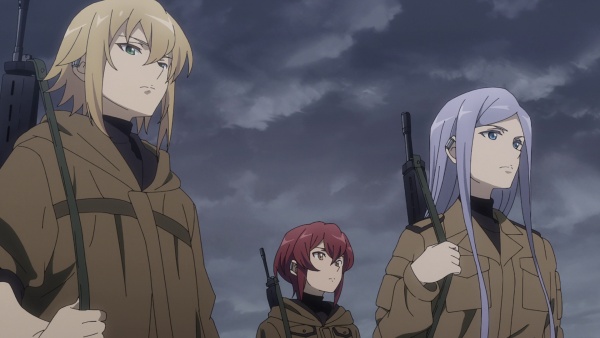 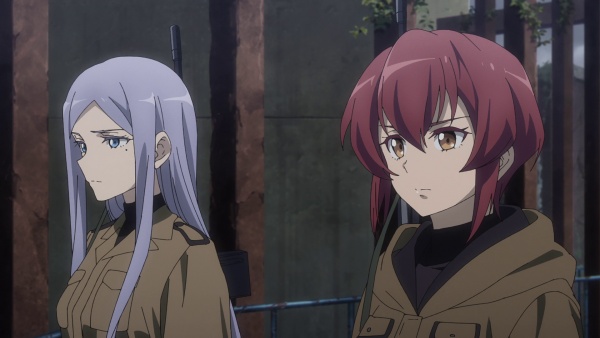 You can see the boxy-like mag behind Emma, which confirms that they're using FALs. 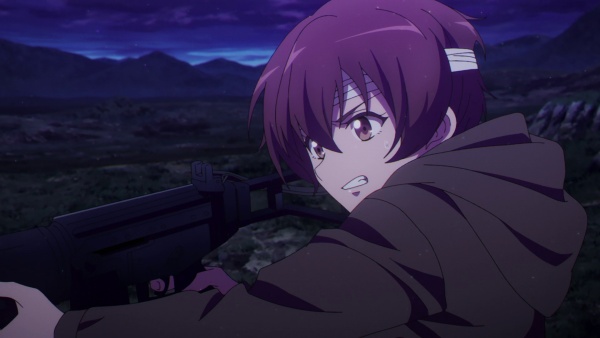 Kurena opens fire with her FAL in "Here We Go" at Legion Self-Propelled Mines. 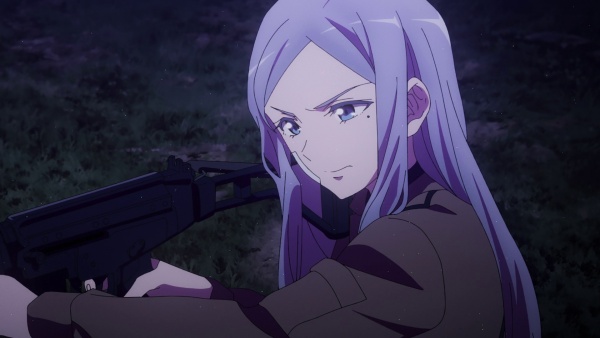 Anju fires her FAL at the incoming Mines. 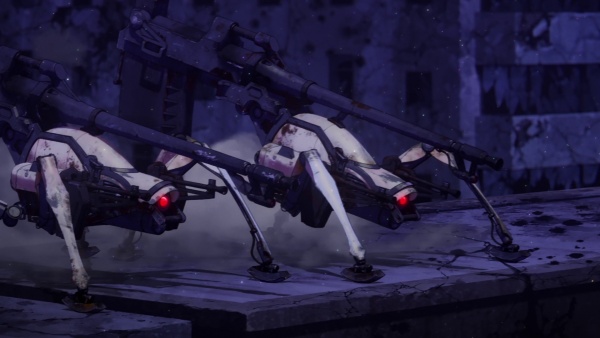 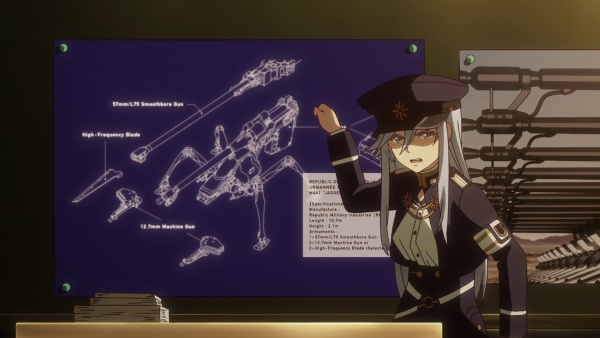 Major Vladilena Milizé in the San Magnolian military academy showing the specs of the M4A1 Juggernaut. The spec sheets say that they're chambered in 12.7mm caliber. 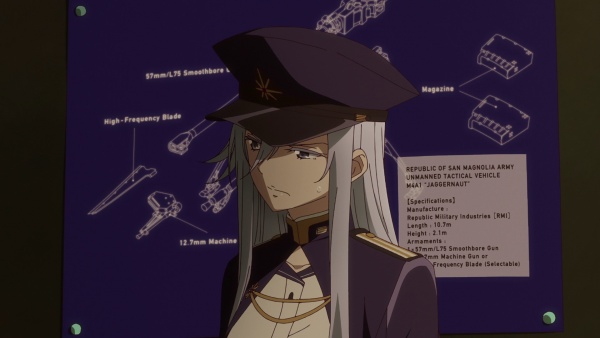 Another view of the Juggernaut specs. 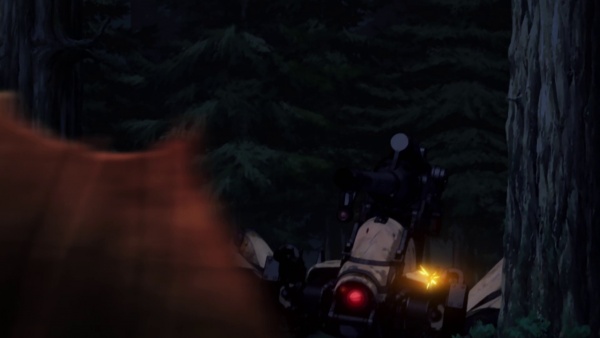 Shourei Nōzen's Juggernaut opens fire on an Ameise in "I'm With You". 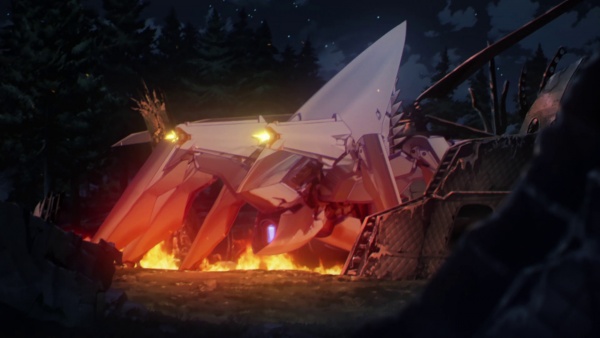 An Ameise opens fire at Shourei's Juggernaut in "I'm With You". The novel spec sheet details that these are chambered in 7.62mm, though it doesn't specify any further than that. 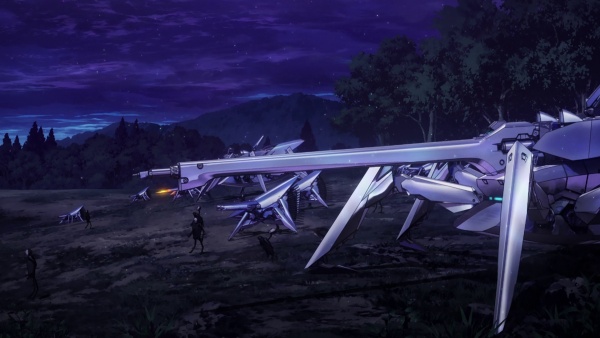 The Löwes lead Ameises and Self-Propelled Mines against the Juggernauts in "Through to the End". 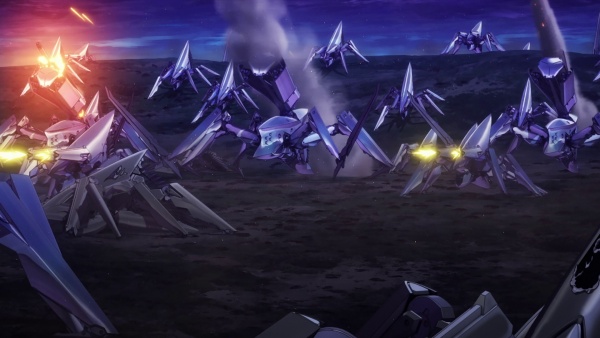 Ameise scout mechs open fire with machine guns at the Juggernauts in "Goodbye." 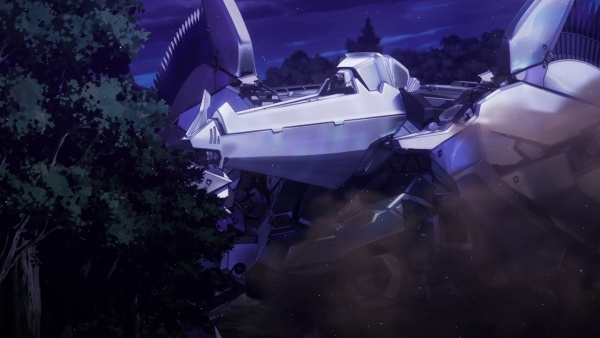 The Dinosauria with the dual machine guns on top. The novel's spec sheet says these are 12.7mm guns.
Retrieved from "http://www.imfdb.org/index.php?title=86&oldid=1429526"
Categories: