The following weapons were used in the film The 6th Day: 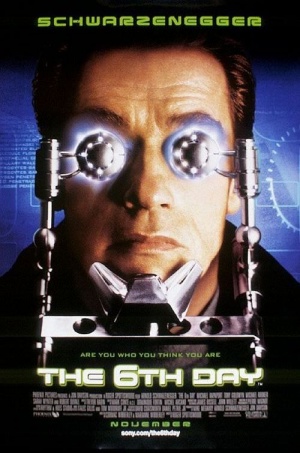 This futuristic handgun is labeled the "Foosh" gun and is the only one used in the film. It's fired by several characters including Adam Gibson (Arnold Schwarzenegger), Marshall (Michael Rooker), and Michael Drucker (Tony Goldwyn). 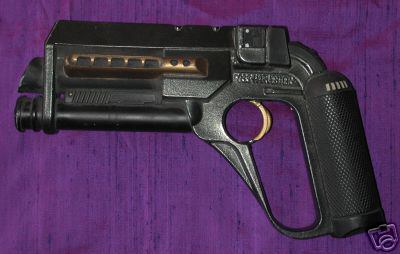 The original design for the Foosh Gun, as drawn by Ron Cobb, didn't include the slide. This was reportedly added later by the property master at the request of the director.

A closeup of the Foosh Gun.

Gibson holds the gun on a security guard.

Marshall (Michael Rooker) with the gun.