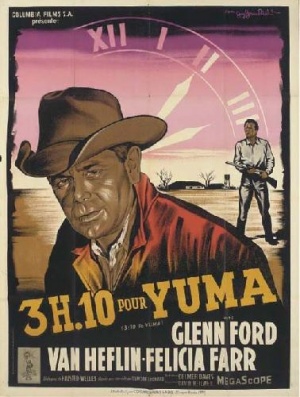 3:10 to Yuma is the 1957 feature film adaptation of the Elmore Leonard short story. The film follows Dan Evans (Van Heflin), a mild-mannered rancher down on his luck who decides to take the job of escorting Ben Wade (Glenn Ford), a notorious criminal until he can be put on the next arriving train out of town. A remake starring Russell Crowe and Christian Bale was released in 2007.

The Single Action Army revolver is carried by nearly every character in the film. 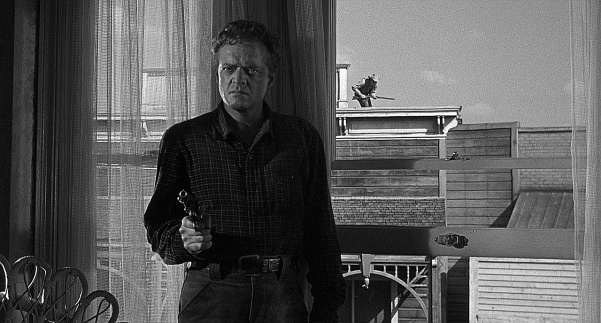 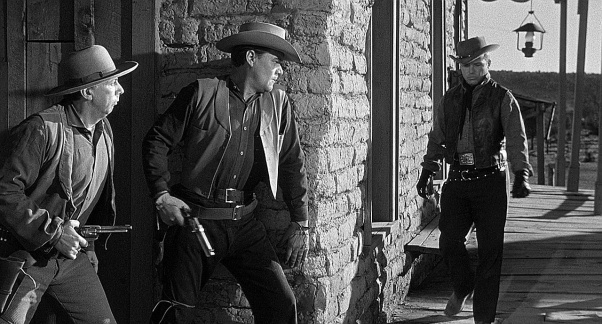 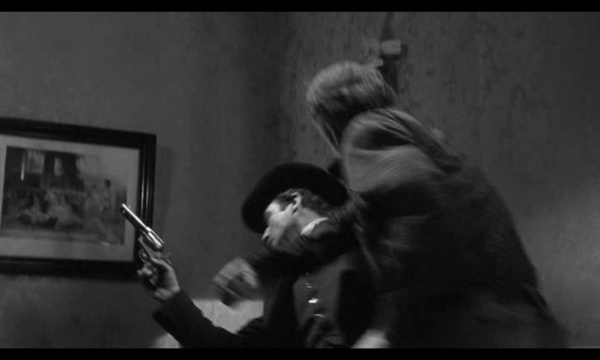 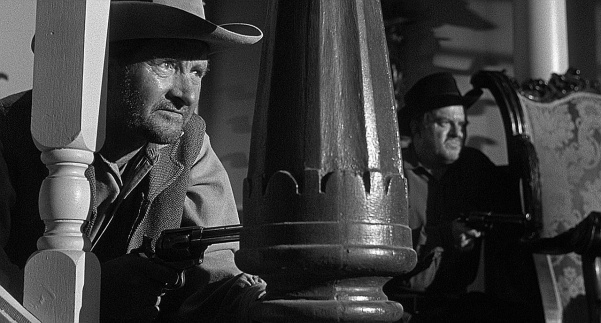 The volunteers waiting for Wade's gang. 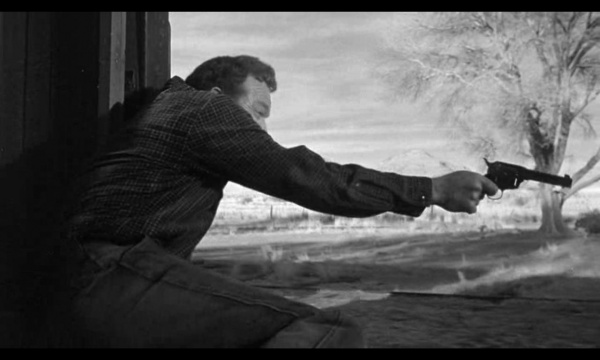 A double barreled shotgun (Sawed Off) with the barrel sawed down to short length is initially carried by the Bisbee Marshal (Ford Rainey) and used in the capture of Ben Wade (Glenn Ford). The Marshal then turns it over to Dan Evans to carry for the remainder of the movie. A shotgun just like this one is used in the remake. 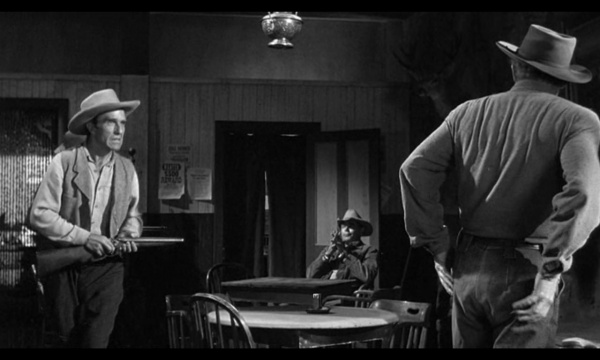 The Marshal with the shotgun after capturing Wade. 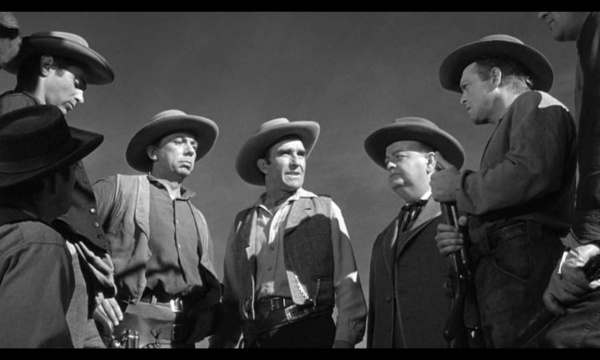 Evans with the shotgun as volunteers are gathered to escort Wade. 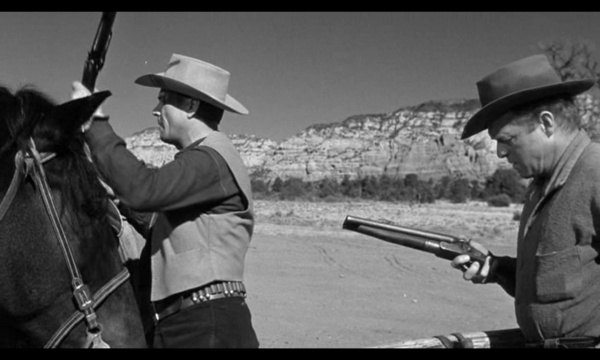 Evans and the shotgun as a deputy puts his Winchester 1892 into his scabbard. 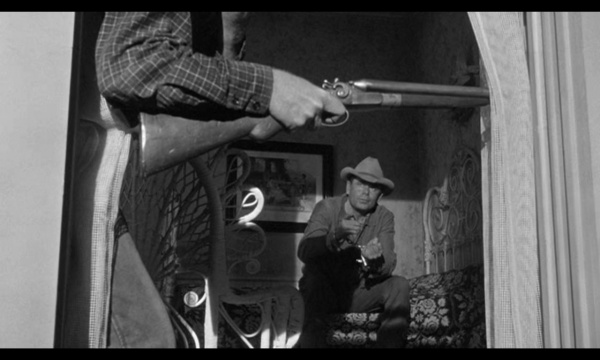 A good close side-view of the shotgun as Evans attempts to prop open the window. Wade looks on from the background. 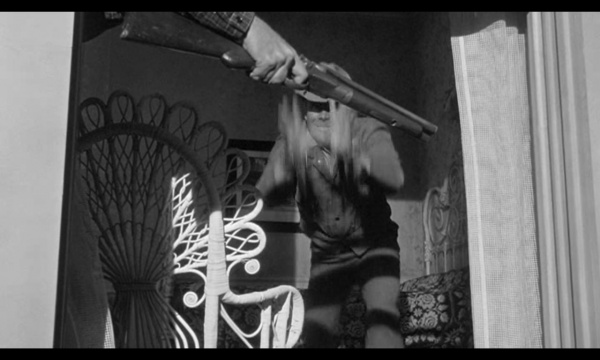 Good view of the underside. Wade lunges for the gun. 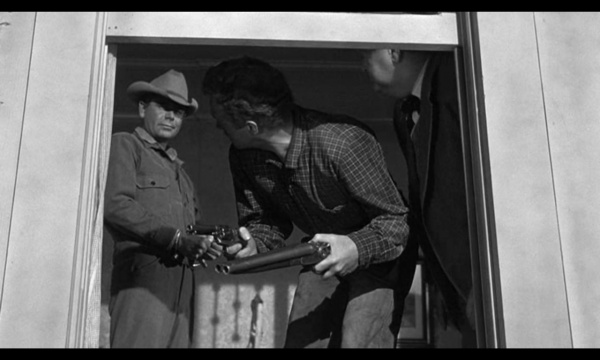 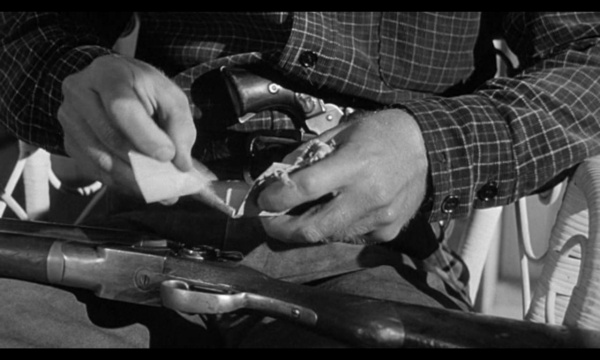 Another good shot of the underside of the shotgun, as well as the Single Action Army Evans took from Bob Moons. 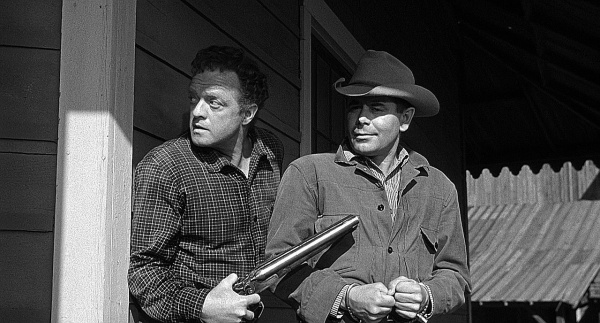 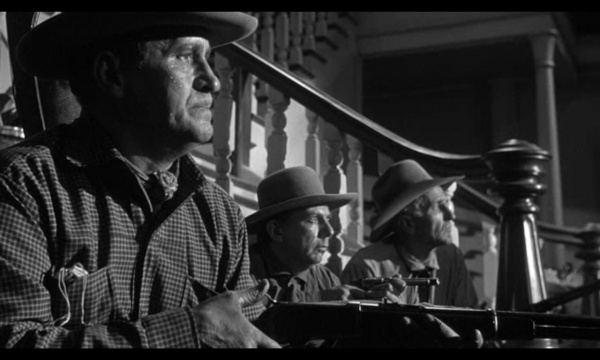 The volunteers await the arrival of Wade's gang. The man in the foreground is holding a Winchester 1892. (Note the way Alex Potter is holding his Single Action Army.) 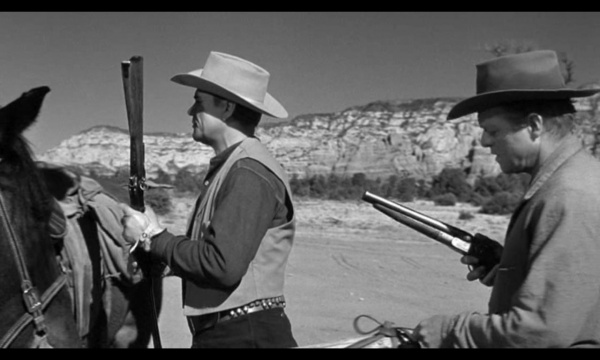 A deputy loads his 1892 into his saddle scabbard as Evans looks on. Note the saddle ring on the rifle.