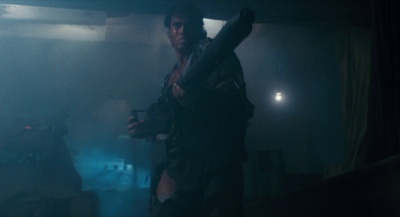 The heavy future gun from the first Terminator returns very briefly, seen used to blow up a machine. It looks like it is built from a British Vickers gun (As a toggle lock is seen at one point in T1) or the Colt variant of the Browning M1917 machine gun hence the spade grips.