The Walther GSP and variants can be seen in the following films, television series, video games, and anime used by the following actors: 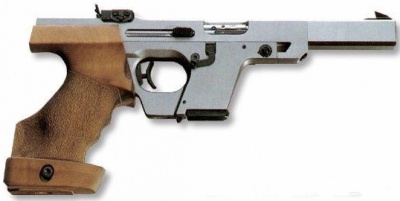 The Walther GSP is a precision pistol produced by Walther Sportwaffen. It was available in 2 chamberings, .22 LR and .32 S&W Long. A more accurate model, known as the GSP Expert, is also available.