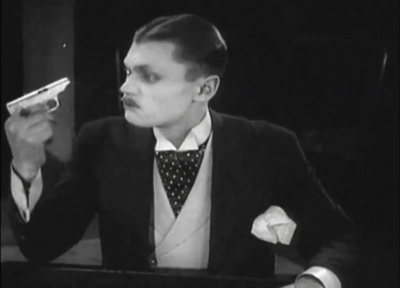 Vladimir Pavlovich Vogel (1902–1929) was an iconic Soviet film actor of German descent. Firstly appers in episodical role in The Extraordinary Adventures of Mr. West in the Land of the Bolsheviks, he played titles characters in such films as The Death Ray, By the Law, The End of St. Petersburg, Miss Mend, The Doll With Millions. Unfortunately, he had the same fate as his brother, the record-holder aviator: both committed suicide in the youth.