Two Half-Times in Hell (a.k.a. The Last Goal. Original title:Két Félidő a Pokolban) is a 1961 Hungarian movie directed by Zoltán Fábri. The movie is set in 1944, in the Ukraine, where the Hungarian army uses jews and political prisoners in labor units to do forced labor. Among the prisoners is Ónódi (Imre Sinkovits), a former soccer player, who is ordered to form a team from the prisoners to play against a German team on Hitler's birthday.

The following weapons are seen in the movie Two Half-Times in Hell:

Cpl. Csorba (Antal Farkas) threatens Ónódi with a FEG 37M (which was the standard sidearm of the Hungarian army during WW2). 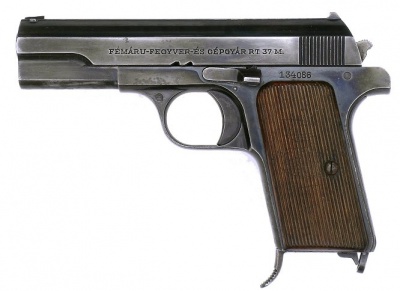 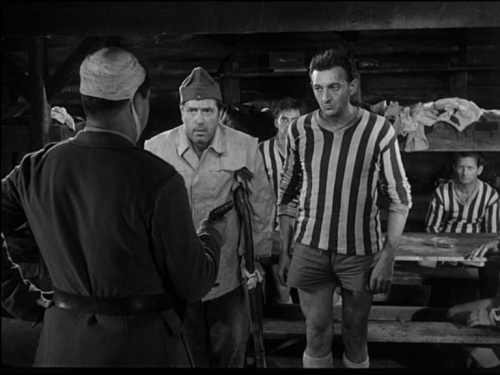 Csorba points his pistol at Ónódi. 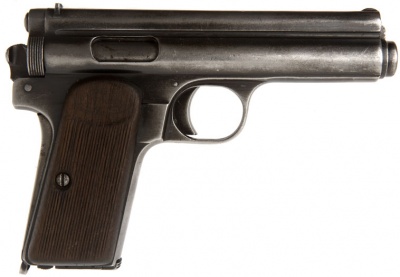 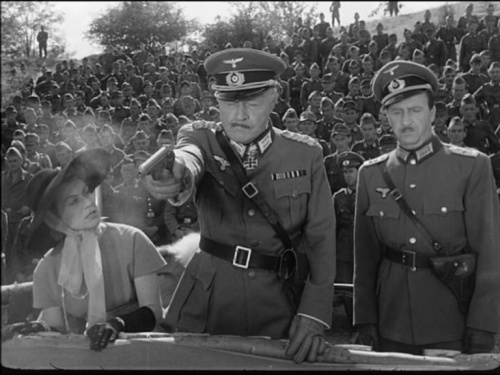 Most Hungarian soldiers carry anachronistic Király 50M sub-machine guns. When the prisoners escape Rácz (Tibor Molnár) knocks out Csorba and takes away his smg. He later gets shot, when he tries to use it. 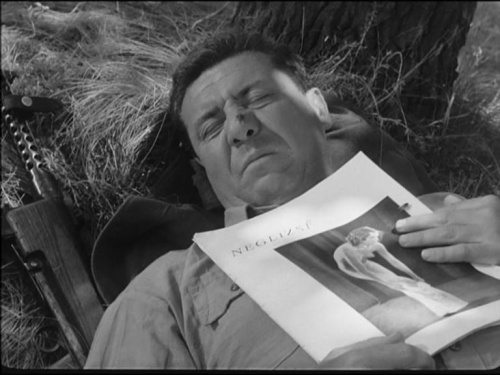 Csorba sleeps while the prisoners train. 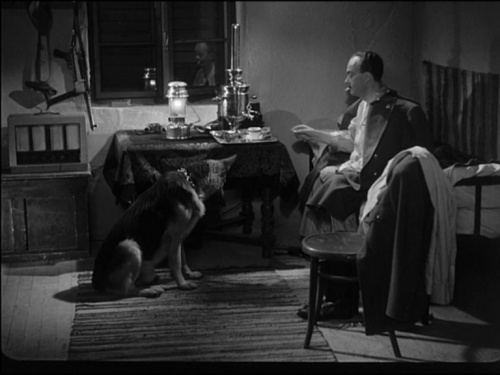 A Király 50M hanging on the wall in the officer's room. 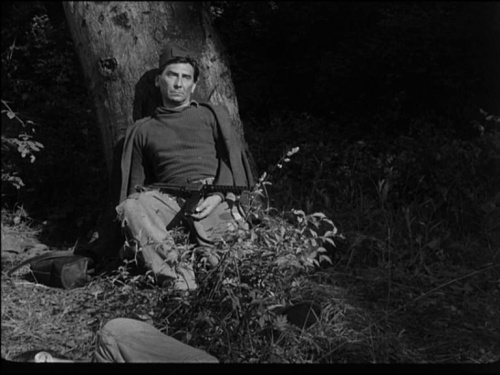 Rácz wakes up, only to find, that they are surrounded by soldiers.

Most German soldiers are armed with MP-40 sub-machine guns. 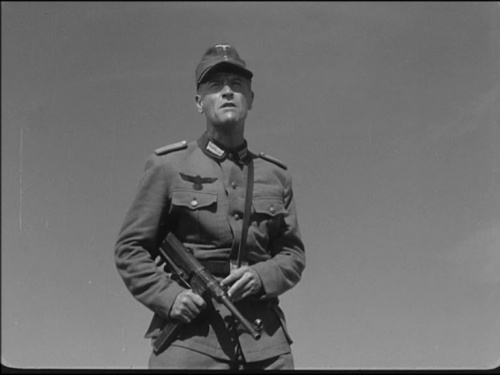 One of the German soldiers with an MP-40. 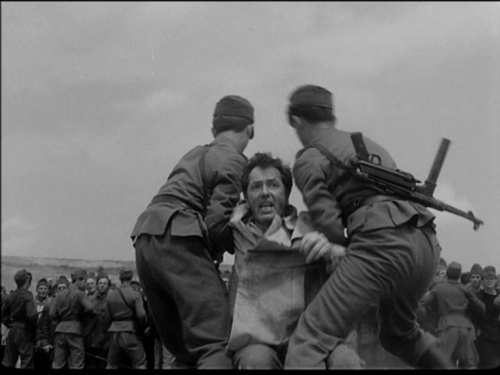 Some of the Hungarian soldiers, and some of the Germans as well, are armed with Mannlicher 31M rifles. 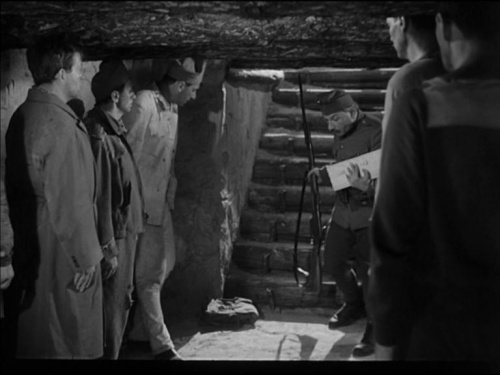 A soldier brings food to the prisoners. 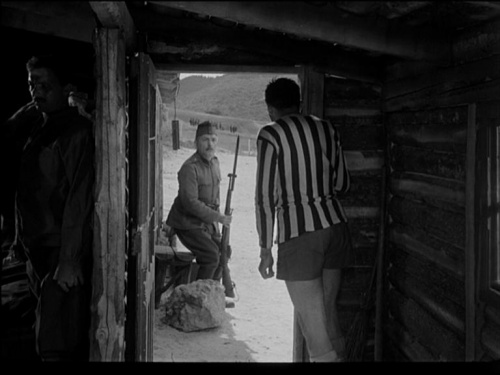 Ónódi talks to the soldier outside.
Retrieved from "http://www.imfdb.org/index.php?title=Two_Half-Times_in_Hell&oldid=1233944"
Categories: