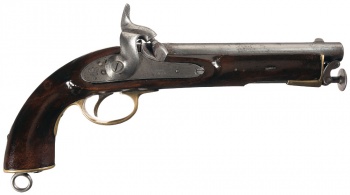 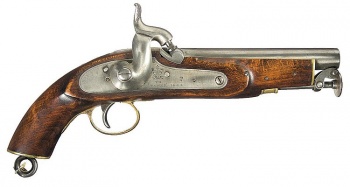 The Tower Percussion pistol was used by the British prior to and after the Crimean war, as well as the Confederate States during the American Civil War. It was produced by the Tower of London Armories (that's why it got that name).

The Tower Percussion Pistol and variants can be seen in the following films, television series, video games, and anime used by the following actors: