The Throwflame XL18 is an American flamethrower manufactured by the Throwflame company. The flamethrower utilizes pressurized C02 to propel flame up to 110 feet. It can use either commonly available liquid fuel or a napalm mix. It is marketed for use in agricultural and firefighting settings, as well as recreational use. 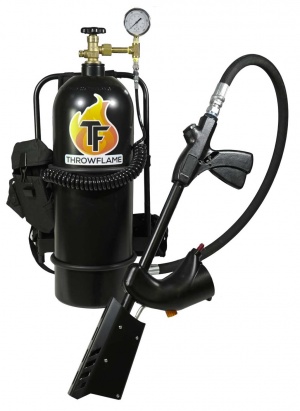