The EOTech EXPS3 is featured with a fictionalized "LEOTEC" brand.

Made an overhaul to assault rifle section to represent what's in-game at this point of time.
Also have to note that G36C, FN SCAR-L, M14 and full-sized FN FAL are either suspect-only weapons at this point (this need confirmation) or scrapped from the game entirely.--RussianTrooper (talk) 16:59, 2 January 2022 (EST) 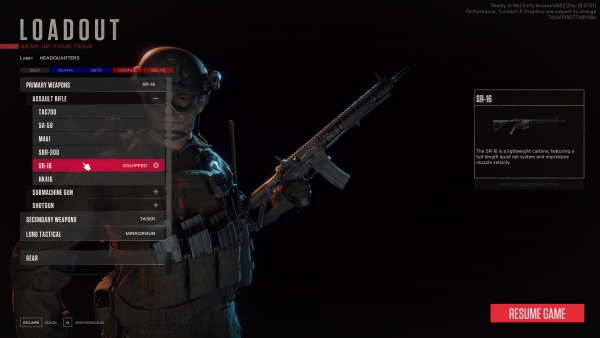 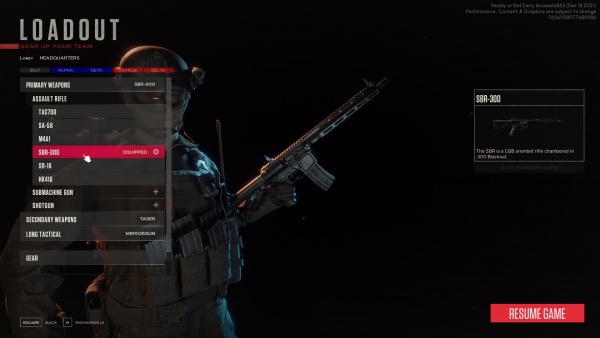 The first one is a Knight Armanent Company SR-16 with their URX 3.1 railed handguard, KAC folding front and rear sights and a Magpul MOE grip and CTR stock. Effectively just a standard SR-16 with a few added parts on the back. The SBR-300 is a mix-master of a gun, although it seems to mostly be made to look like the Wilson Combat SBR Tactical, given the .300 Blackout chambering. The lower matches, same with the upper receiver and handguard. I think it's even got the same sort of weird texture WC puts on their handguards, and the stock is the same. Only non-WC parts on it is the Radian charging handle and the same KAC folding sights as the SR-16. --PaperCake 17:15, 2 January 2022 (EST)