The shotgun is definitely not a Mossberg 590. It looks really weird. A lot of the unknown pistol look like Bruni replicas. --Funkychinaman (talk) 13:04, 25 September 2014 (EDT)

This was filmed in India, and if you have ever seen any Bollywood with weapons in these are typical, in that they look awful. For example, this is what a typical AK looks like in an Indian film:

I assume this is to do with the local law and lack of availability of real blank fire firearms. These mocked up weapons do sometimes actually have physical firing effects though (without case ejection obviously), but don't know what method they use (e.g. propane, pyrotechnic charge, flash paper, etc.). --commando552 (talk) 14:05, 25 September 2014 (EDT) 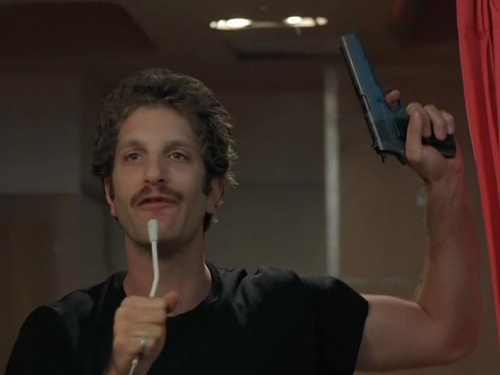 Not an M1911A1 as the hammer spur is positioned too high, and the space between the grip and the cocking serration is larger than on M1911s. 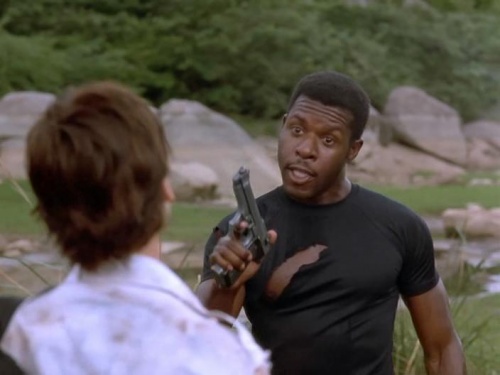 Looks too dark for Beretta Inox but it can be due to light. 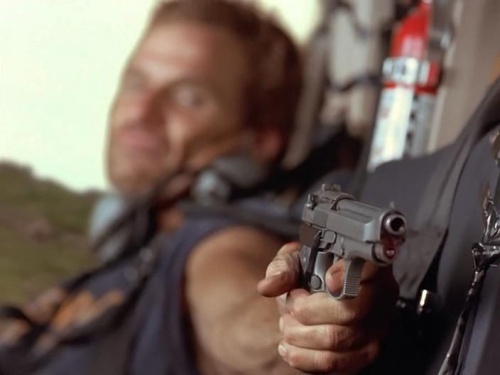 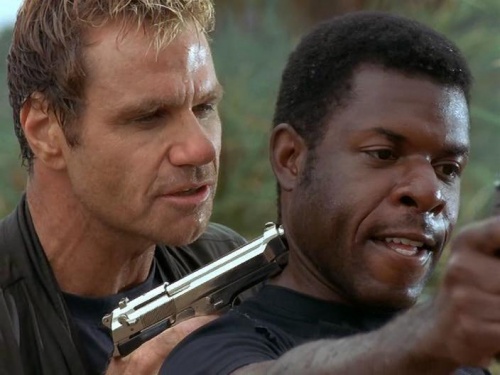 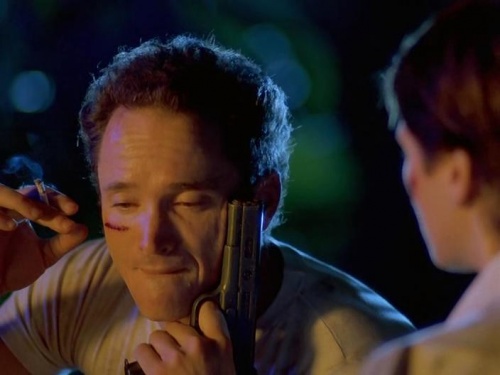 A Glock? Not original Glock, a replica maybe. 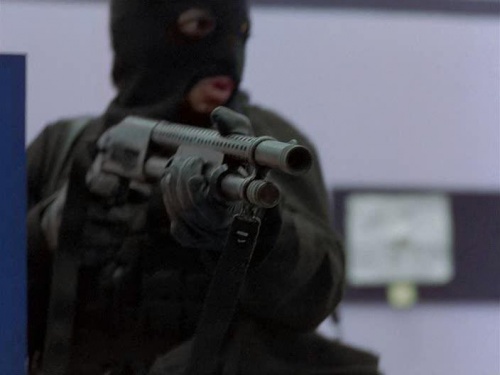 Not a Mossberg. Note how the pump is attached and how it differs from a Mossberg.

I think it's a fake gun. Notice that the loading/ejection port isn't actually in line with the barrel. It also appears that the perforations are actually part of the barrel, rather than a heat shield. --Funkychinaman (talk) 17:49, 26 September 2014 (EDT) 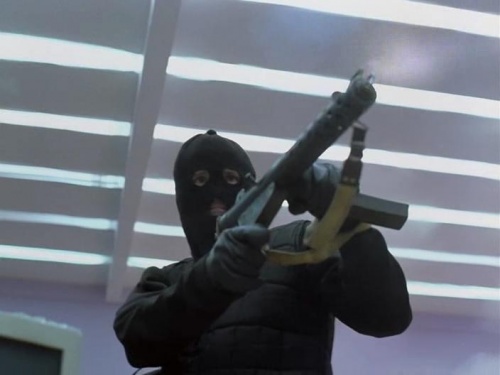 As the movie was filmed in India, this is most likely 1A1, an Indian version of Sterling.

The 1911 is a Bruni 1911 (the one at the top and the glock labelled one), you can tell by the lack of scalloping on the front of the slide, the markings on the slide, the fact that the grip doesn't go high enough and the shape of the hammer spur. As for the shotgun, the pump is not attached to the receiver by an action bar so is purely cosmetic, and as FCM said the ejection port is in totally the wrong place so this is a mock up rather than a real gun. Furthermore, the barrel jacket appears to either be perforations in the barrel itself or is touching the barrel directly, either way this would never happen on a real gun. As for the Sterling, there are so many differences that rule this out from being a real Sterling or 1A1 (same thing) but to list a few: the front sight protectors are just pieces of wire rather than a bent stamping and there doesn't appear to be an actual sight between them, if there is a trigger it is in the wrong place, the trigger housing is held together with rivets or screws, there are no grip plates, the receiver doesn't project far enough back form the grip, there is no hand stop of the barrel jacket, there is no stock, the list goes on. This is clearly just a mock up, but based on the muzzle flash it has some sort of SFX to give it a muzzle flash, but I highly doubt it uses blanks as the bolt doesn't appear to cycle and there is no case ejection. --commando552 (talk) 18:04, 26 September 2014 (EDT)