Looks like MagPul MS4 slings on those MCXs, so far the general design, animations, weapons/gear look great, i can only hope that the gameplay doesn't feel too arcadey and a bit more realistic (mix of both) then i would buy another CoD since the MW trilogy and WAW days.--Death Shadow20 (talk) 08:26, 31 May 2019 (EDT)

I think I got most weapons but this one here is rather difficult. If you look at its side while the soldier is moving the receiver looks very flat and the only weapons coming to my mind being so flat is the B&T APC556. 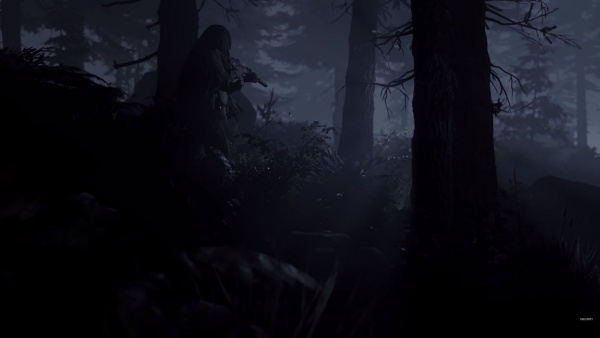 Honestly, for firearms seen from such a distance/in small detail like this (it applies to a couple of weapons on the main page as well), it's better to wait for more content to come in future trailers instead of going ahead and speculating about literally every bit of weapon currently seen. --Ultimate94ninja (talk) 09:55, 31 May 2019 (EDT)

One more rifle from promo-material

One more image , better view on a M4

Really not sure that’s an HK433. It looks integrally suppressed and the stock doesn’t match. Is it not some sort of SIG MCX variant? I thought it was a suppressed Rattler at first, but the magwell looks different --Forrest1985 (talk) 08:38, 1 June 2019 (EDT)

Nah, looks nothing like an MCX. It is indeed an HK433, just a customized one. I get the feeling that we'll get "stock" customization option again, which could explain how they added that sliding stock on it (as well the MPi-KMS-72 style stock on the AK)... we'll see if it's the case when we got more details. Plus, note the shape of the receiver (especially behind and in front of the ejection port), the paddle magazine release and the reversible charging handle's location (above the handguard), all of which match the HK433 and not any variant of the MCX. --Ultimate94ninja (talk) 10:35, 1 June 2019 (EDT)

Also the cuts on the frontal side of the well mag are typical HK433. However, I think that the real HK433 can't be integrally suppressed nor accept telescoping stocks. Funny thing is that apparently even the devs know this so they attached the PDW stock to nothing or is it just me seeing things? --Nanomat (talk) 10:55, 1 June 2019 (EDT)

My bad on the MCX front, but in my defence I said some “sort of MCX”. Still, i’m not entirely convinced its a ‘433 either. The stock is probably custom, as per the above comment, but front end doesn’t quite match (unless it angle of the shot), there’s no integral suppressed ‘433. The ejection port and lower receiver is a clear match though (on my second look). I dunno, guess we will have to wait and see. I quite like the ‘433 design so would be nice to see it. Personally hope they bring back the skins from MW:R or better yet, customisation similar to Wildlands --Forrest1985 (talk) 12:27, 1 June 2019 (EDT)

I've read somewhere that it might be the FN Ballista ala BO2 style, but I'm conflicted. Some details match but others like the stock are different. --Nanomat (talk) 16:45, 31 May 2019 (EDT)

From the size, the proportions, and the flat, sloped upper receiver, I'm tempted to say that it's a PGM Hecate II, though it doesn't seem to be a precise match. It seems like some of these guns might have customizable parts, though maybe I just have a hard time believing that the coat-hanger stock is gonna be standard and/or an attachment for the AK. Pyr0m4n14c (talk) 20:54, 31 May 2019 (EDT)

Some stuff worth noting - the P320 is called the "M19", after its designation; the standard mag holds 10 rounds, and the 21-round extendo holds 15. The FAMAS fires in 3-round bursts, has aftermarket irons on top of its standard ones, and demonstrates a complete lack of understanding as to how decimal points work (.556 inches would make it an anti-materiel rifle, whereas .556 millimeters would be a literal gun for ants). The bolt-action sniper rifle is an Accuracy International AX50, the 870 is an MCS that they're calling the "Model 680" for some reason, and the MG4 is called an "M91" (probably implying a US military designation), with 75 round being the "Extended Mags" capacity, so the standard is probably 50. Shotguns are also either secondaries or primaries now, and among them is the "725" over/under; the name implies a Browning Citori, though the series is no stranger to misnaming O/Us. There are 2 different kinds of stun grenade (an M84 and a M7290), though we didn't actually get to see what the normal frag grenades are. Oh, and the RPG-7 has a new reload animation for the first time in ever, though I'm pretty sure that the rocket still doesn't have a booster charge. It also has a melee attack where you jab them with the rocket, even though an RPG-7 warhead's only safety system is a screw-in nose cap, so doing that would blow you straight to kingdom come. Anything else? Pyr0m4n14c (talk) 20:05, 11 July 2019 (EDT)

I can’t help feel that the weapons list is well...dated!

Famas...dropped by French for Hk416 because its outdated

Even the M4A1 feels rehashed, afterall if were playing tier 1 Operators who use Mk18’s or C8’s (in SAS’ case) should the game not match the reality?