Anybody see that the real world Richie Roberts (portrayed by Russell Crowe) plead guilty to theft. He admitted to stealing form his clients to make alimony payments.

Richie Roberts, the former narcotics detective and prosecutor whose efforts to take down drug kingpin Frank Lucas became the story of film "American Gangster", pleaded guilty today to stealing $20,000 from clients of his law firm.Roberts, 81, agreed to accept a plea deal on the second day of his criminal trial and admitted that he stole money from his attorney trust account to make alimony payments.Roberts worked as an undercover detective for the Essex County Prosecutor’s office while attending law school at night, and worked as an Assistant Prosecutor for four years, where he ran the Narcotics Task Force. He started his own firm and Lucas was among his first clients.He became well known for defending homicide cases.“Instead of upholding the law and acting with honesty and integrity, as was his duty as an attorney, Roberts stole funds from his clients,” said Attorney General Gurbir Grewal. “He betrayed his oath and the clients who trusted him.” An investigation by the Attorney General’s office found that he and his former law partner, Gerald Saluti, conspired to steal about $140,000 form four clients. Saluti was on the witness stand today.Roberts admitted that he lied to law enforcement official that he never authorized a firm employee, Gabriel Iannacone, to make alimony payments on his behalf. Iannacone, now deceased, pled guilty to conspiracy charges related to Roberts in 2017.Russell Crowe’s portrayal of Roberts in American Gangster was viewed as largely fictional.He faces the permanent loss of his law license, which was suspended in 2015. Roberts will be sentenced on August 29.

A former prosecutor portrayed in the movie American Gangster was sentenced to five years of probation on Thursday for the theft of $20,000 in client funds.Richard “Richie” Roberts, 81, was sentenced after he pleaded guilty in July to using $20,000 in his law firm’s client trust account to make alimony payments, report Law360, NorthJersey.com, NJ.com and a press release. He also admitting lying under oath when he said he never authorized the law firm administrator to make the payments.Roberts had pleaded guilty to charges of perjury and theft by failure to make required disposition of property received. Prosecutors had recommended a sentence of up to 364 days in jail.In addition to the probationary sentence, Roberts will have to complete 270 hours of community service and pay restitution.Roberts’ former law partner, 51-year-old Gerald Saluti Jr., was also sentenced in the case on Thursday. He must serve four years of probation and provide 200 hours of community service. He cooperated with prosecutors and has paid more than $137,000 in restitution.Prosecutors had alleged a total of about $140,000 was stolen from clients. 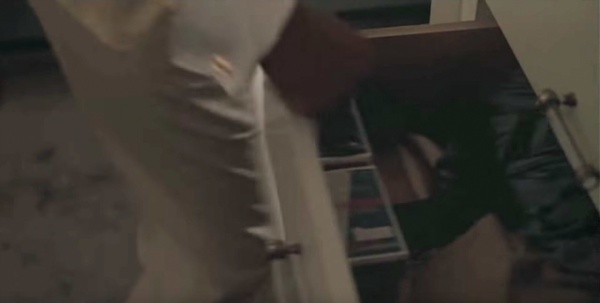 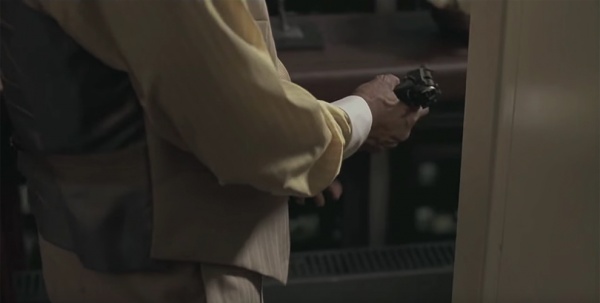 Frank appears to keep the weapon in the drawer with the magazine removed, but with a round in the chamber as he racks the slide back and a shell ejects before he inserts a magazine and drops the slide forward. The cutaway slide of the Beretta and Taurus automatics can clearly be seen here.
Retrieved from "http://www.imfdb.org/index.php?title=Talk:American_Gangster&oldid=1296585"