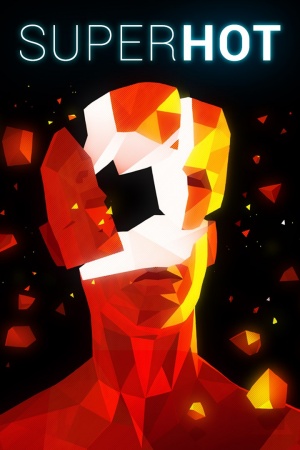 Superhot is a first-person shooter videogame developed and published by the Superhot Team, released as a prototype in 2013 and as a full game in 2016. The game has minimalist, low-poly graphics and most of the player's goals are to kill all enemies on each level to pass, while avoid getting killed; but Superhot's most major characteristic is that in-game time only passes when the player moves, with everything (including bullets and enemies) staying in very slow-motion while they're still - as evidenced by the game's motto: "Time Only Moves When You Move". This can be used, for instance, to dodge incoming bullets. At each level, the player can acquire weapons by either picking them up from the environment or stealing them from enemies.

Superhot VR is the virtual-reality version of the game, developed almost entirely based on the main title, and initially released in 2016 as well. It features most if not all of the fundamental elements of the main title, with one of the exceptions being different weapons, most of which were replaced in favor of one-handed ones to better support motion-tracked controllers.

A non-descriptive pistol, vaguely resembling a Beretta 92, is the first gun the player can get and is very common throughout the levels and is widely used by the "Red Dudes" (the enemies). Not much changes from other guns other than rate of fire and accuracy since all characters in the game (including the player) die with a single hit. It is featured in both Superhot and Superhot VR, being the only firearm the two games share. 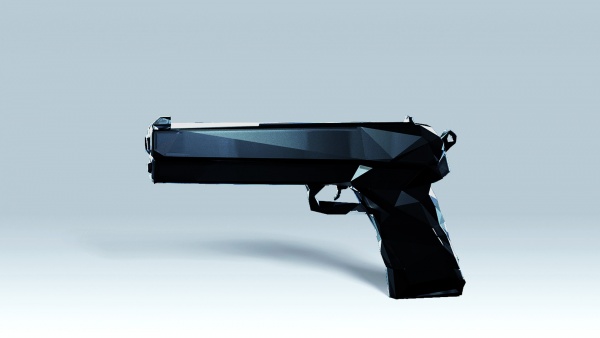 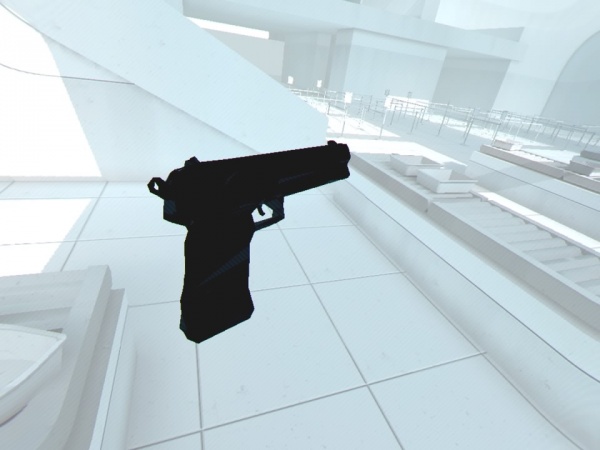 The pistol as seen in Superhot VR. 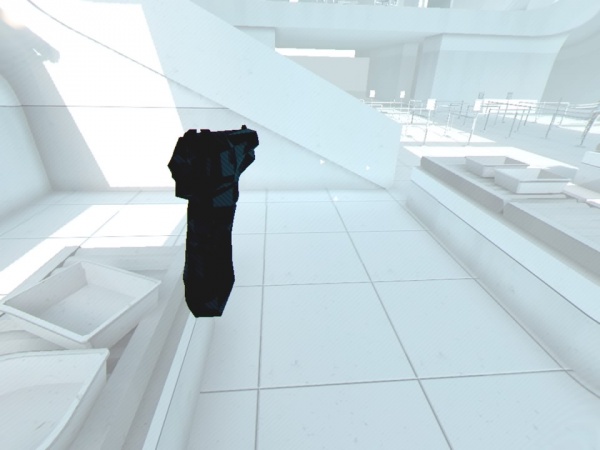 Aiming down the pistol's sights in Superhot VR.

A MAC-10 with its folding stock removed is featured exclusively in Supehot VR, standing in for Superhot's Rifle in the fully-automatic weapon role. The game occasionally refers to it as an Uzi, such as in the achievements, which is a common mistake. 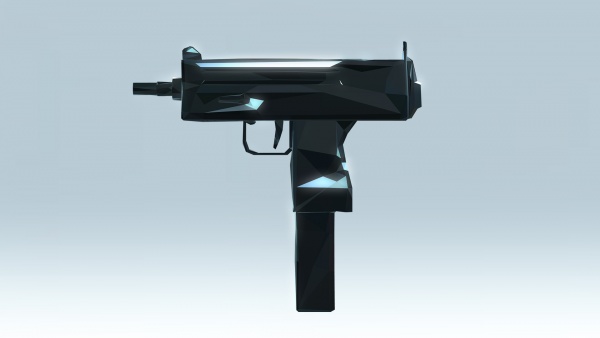 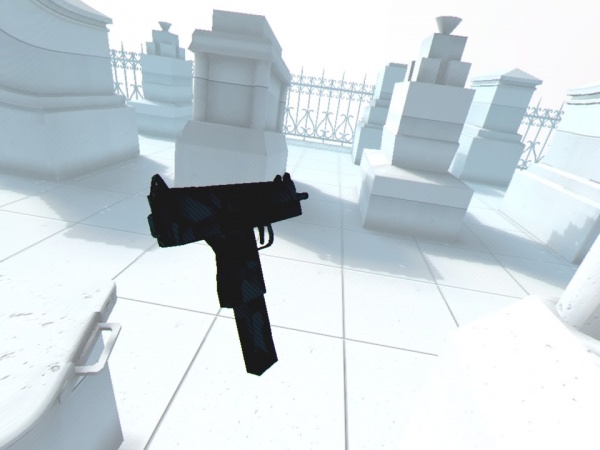 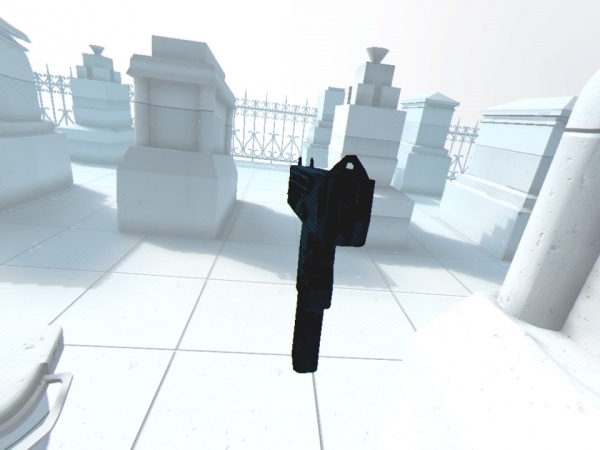 Aiming down the sights.

A M1911A1-style pistol, rather than the standard in-game pistol, is given to the player in the very ending of Superhot VR. It was apparently made just for the that final sequence and is predictably never seen again afterwards. It is not featured in Superhot at all. 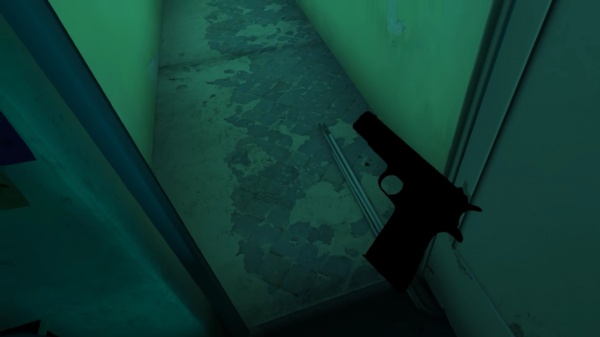 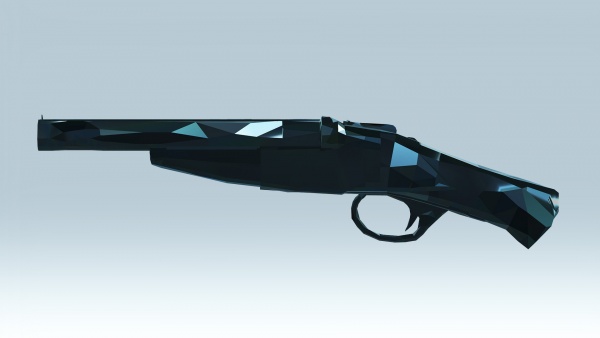 The sawed-off shotgun's model. Note that it also has a much shorter forearm. 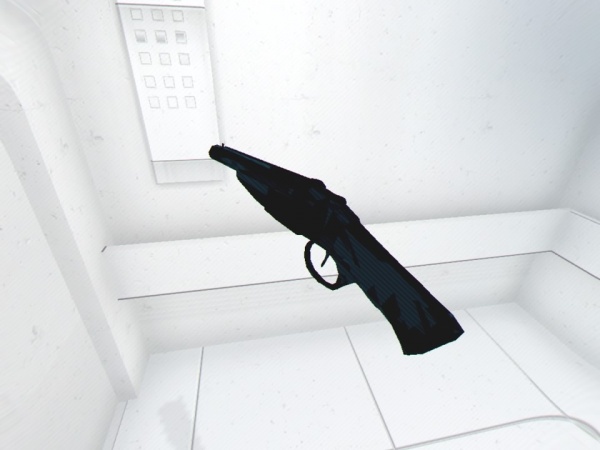 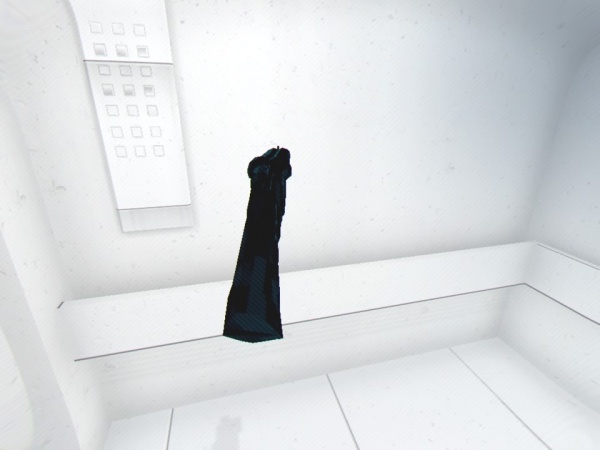 Aiming down the sights, which aren't a particularly useful addition to a sawed-off shotgun.

An assault rifle appears in Superhot, being called either "Rifle" or "Machine Gun" depending on the source. Anyhow, it is a generic assault rifle with esthetic features apparently based on Armalite and Eugene Stoner designs such as the M16 and the Stoner 63. It shoots in 4-round bursts with each trigger pull and is the last firearm the player acquires. It was replaced by the MAC-10 in Superhot VR. 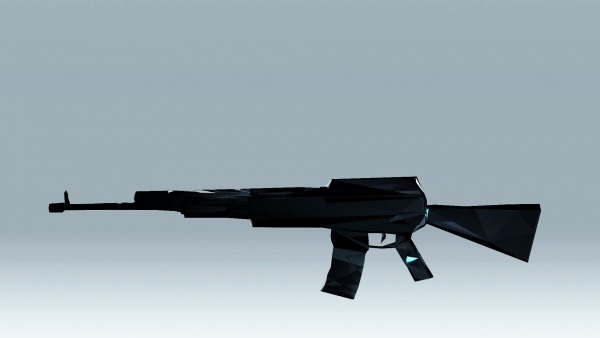 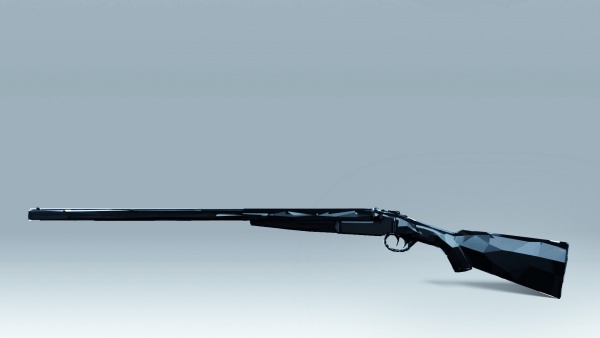