The following weapons can be seen in the film Spider-Man: 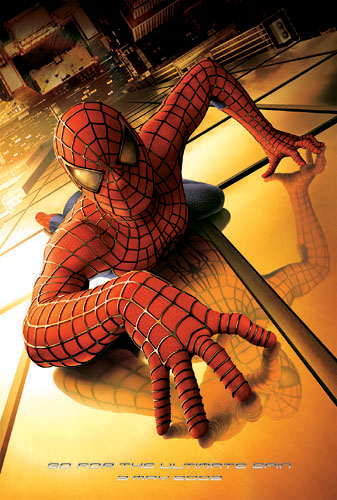 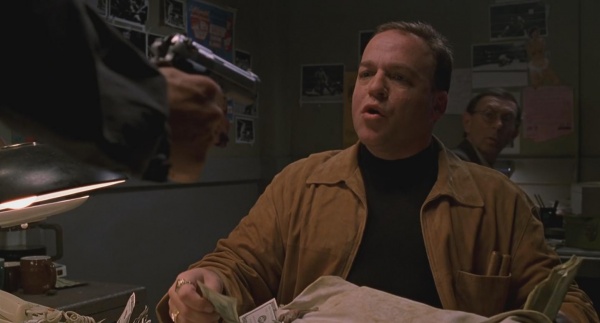 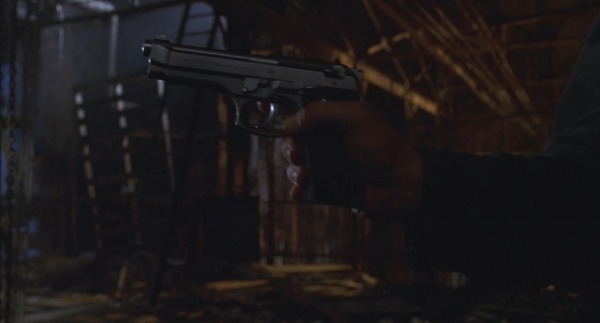 The robber drops the magazine out of his Beretta to reload. Note that the gun is in his right hand, even though a second ago, it was in his left hand. Furthermore, he reloads even though the gun is clearly not empty, which should have meant that a live round was ejected from the chamber after he racked the slide. 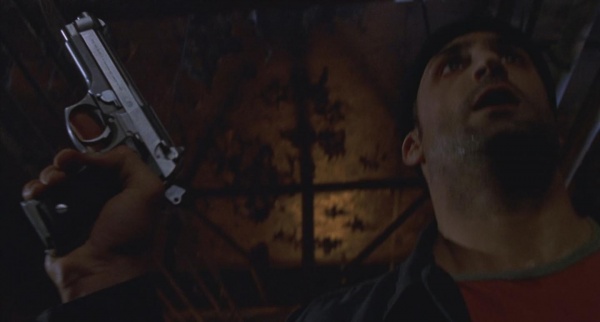 The robber nervously holds his Beretta Inox as he searches for Peter. 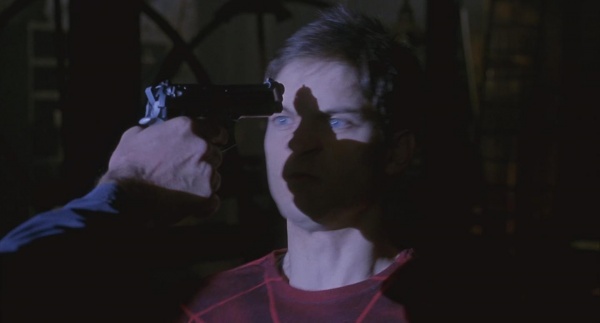 During the car chase scene, when Peter Parker jumps on the roof of the car, the carjacker fires his pistol at him. Due to a continuity error, his Beretta 92FS Inox becomes a stainless Taurus PT92 AFS as he fires into the car roof. A close inspection of the gun in the screenshot below reveals that the pistol's trigger guard is the "flared" style of the Taurus PT92, rather than the "squared" style of the Beretta 92F. 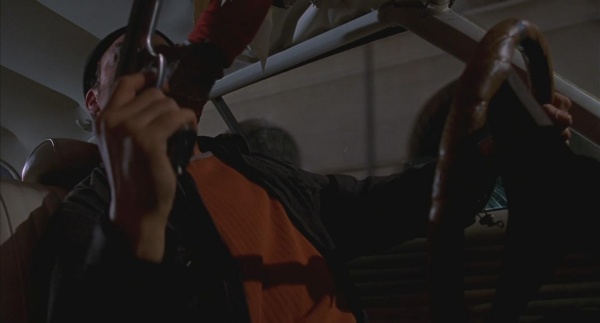 The carjacker fires his pistol at Peter on the roof of the car, which is now a stainless Taurus PT92 AFS instead of the Beretta 92FS Inox he uses in other scenes. Note the "flared" trigger guard, which characterizes Taurus pistols (Beretta trigger guards are more "squared"). 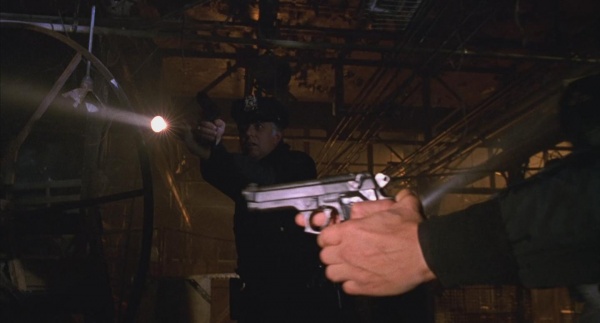 A closeup of an N.Y.P.D. officer's Beretta 92FS. The pistol used here appears to be an inexpensive airsoft replica. You can also see that the safety catch is on- strange for cautious Police officers.

In the scene where the convenience store is robbed, one of the robbers can be seen brandishing a Mossberg 500 with a high-capacity magazine tube. 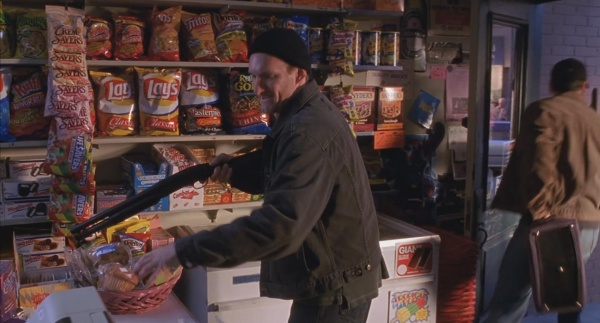 A convenience store robber armed with a Mossberg 500.

In the scene where Spider-Man takes down the mugger, the mugger can be seen with a Smith & Wesson Model 15, but soon has it taken from him by Spider-Man. 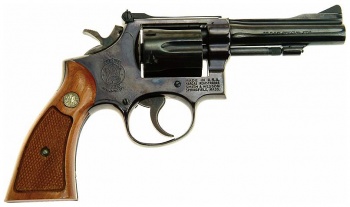 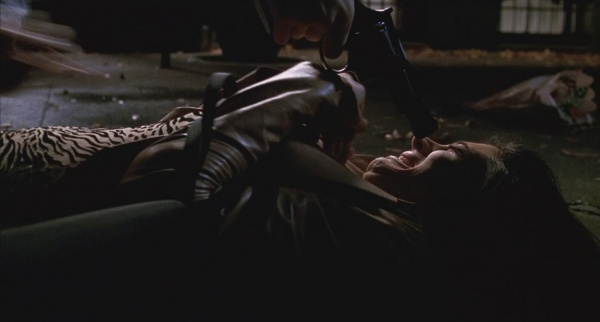 A mugger armed with a Smith & Wesson Model 15 attempts to rob a woman shortly before Spider-Man disarms him.

In the scene where Spider-Man foils the armored car robbery, two of the robbers are armed with Heckler & Koch HK91A2 assault rifles. These rifles were previously mis-identified as select-fire G3A3s, but a close inspection of the weapons from the screenshots below reveals that they have the non-pushpin lower receivers of the semi-auto-only HK91. 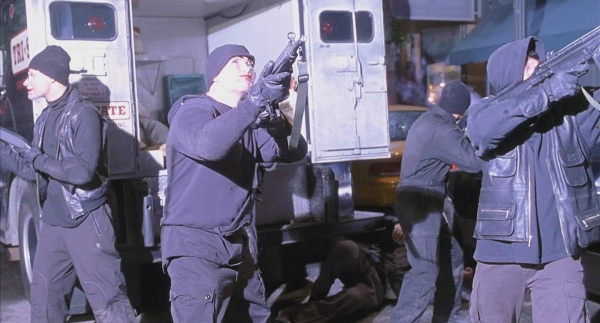 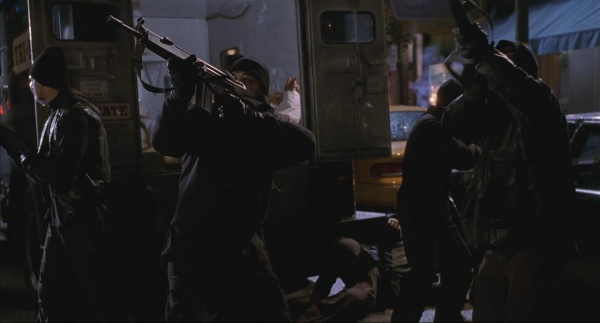 The robbers turn after being distracted by the camera flash, aiming their HK91s in the direction of the flash.

During the armored van robbery, another robber can be seen using a Glock 17, using it to pistol-whip the driver in the face. When the N.Y.P.D. officers enter the abandoned building earlier in the film, it appears several of them are also using Glock 17s as well as Beretta 92Fs, though it is too dark to get a good look at these pistols. 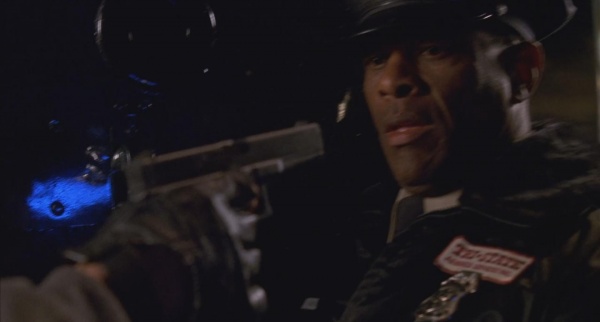 During the armored van robbery, one of the robbers can briefly be seen with a Remington 870 shotgun with synthetic furniture.

The armored car robbers are caught in the flash of Peter Parker's camera. The robber on the far left has a Remington 870 (identifiable by the shape of the trigger guard, which is just barely visible here).

During the armored van robbery, one of the robbers can be seen with a Smith & Wesson Model 629 Performance Center revolver, trying in vain to shoot Spider-Man with it before being knocked unconcious. 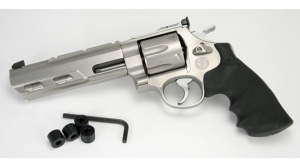 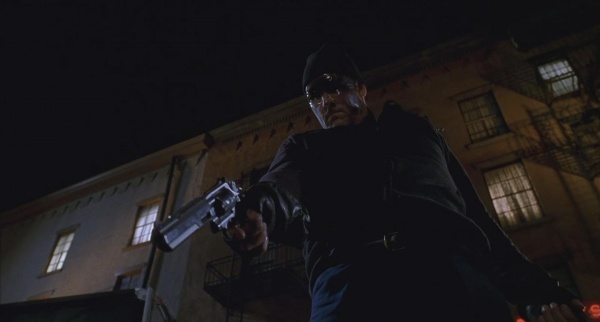 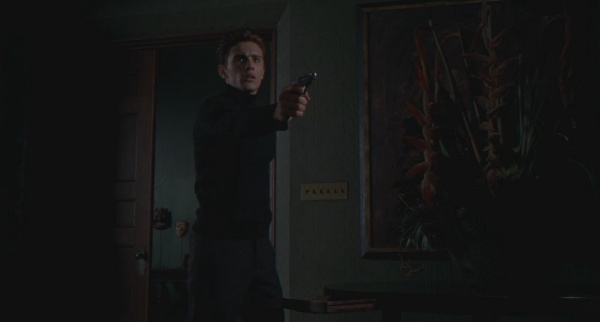 Harry Osborne with a Walther PPK after he sees Spider-Man come into his mansion and lie his father's body on the couch.
Retrieved from "http://www.imfdb.org/index.php?title=Spider-Man_(2002)&oldid=314314"
Categories: