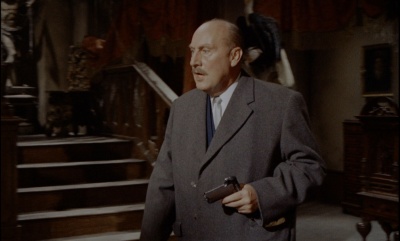 Siegfried Schürenberg (January 12, 1900 – August 31, 1993) was a German screen and dubbing actor. His best-known and most popular role is Sir John, the energetic and slightly idiotic head of Scotland Yard in a total of sixteen films based on works and motifs by Edgar Wallace.