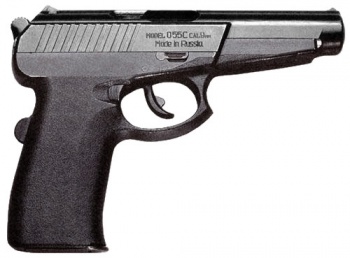 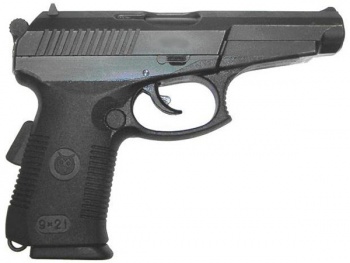 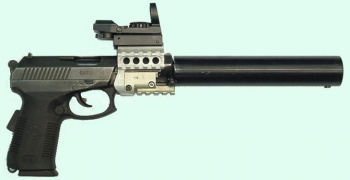 The Serdyukov SPS, (Russian: СПС, Самозарядный пистолет Сердюкова, "Serdyukov Self-loading Pistol"), also known as the Gyurza (Russian: Гюрза; "Blunt-nosed viper") is a Russian semi-automatic pistol, chambered in the armor-piercing 9×21mm Gyurza cartridge. Designed in 1993, the pistol was originally submitted for trials to find a new pistol for the Russian Army, but lost out to the MP-443 Grach. The pistol operates via short-recoil with a double-action/single-action trigger and features both a grip safety and a trigger safety similar to the Glock pistol series. While rejected for service in the Russian Army, the SPS currently sees use among several Russian law enforcement and internal agencies, including the Federal Security Service (FSB) and Federal Protective Service (FSO).

The pistol is also marketed as the SR-1 Vektor (Russian: СР-1 Вектор).

The Serdyukov SPS and variants can be seen in the following films, television series, video games, and anime used by the following actors: