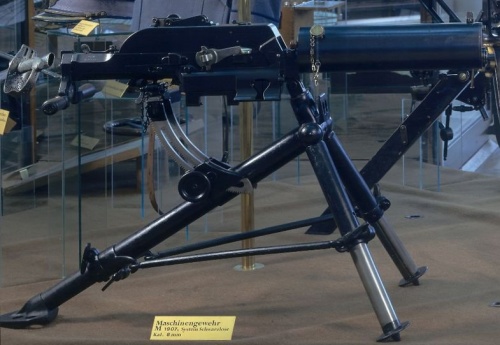 Manufacturers were from 1905 to 1918 Österreichische Waffenfabriks-Gesellschaft (OeWG), Steyr and from 1914 to 1918 FGGY in Budapest. Another manufacturer was in Holland, Artillery Inrichtingen, that strongly oriented to the M.07 and was further developed to M08/13 and M08/15, chambered in 6.5×53mmR. In Sweden, it was manufactured by Carl Gustav as the Kulspruta M/1914 (which looks exactly the same as the M. 07/12, but has the Swedish national coat of arms on the water cooling jacket) and was used for decades in the Swedish army. It adorns to this day the medal of the Swedish MG gunners. 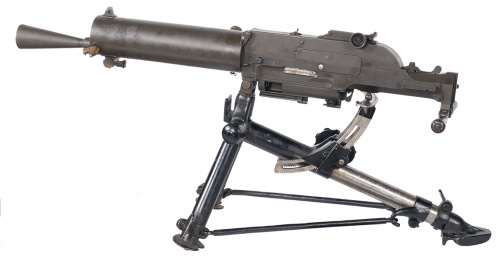 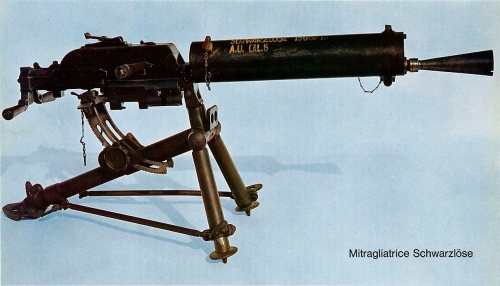 In 1908, the Dutch army purchased its own variant of the Schwarzlose; the 'M.08' chambered in 6.5×53mmR like their Hembrug rifles; however, the barrels were later bordered to 7.92mm. The army bought 75 pieces in 1910, 56 pieces in 1911 and another 55 pieces in 1913. So in 1914, the Netherlands had about 300 pieces of this weapon at its arsenal. From this time on the Dutch army started to produce them themselves because of delivery problems. 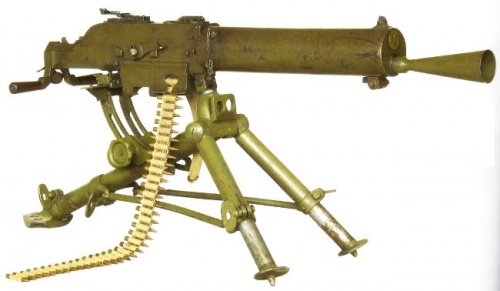 In 1918, Czechoslovakia, as a successor state of Austria-Hungary, added a larger number of Schwarzloses to its armed forces. From 1924 on, these weapons were converted to the 7.92 × 57 mm caliber and designated as M07/24. After the German occupation of Czechoslovakia, the Wehrmacht took over the weapons captured there in 1939, especially since they had the same caliber as the German rifles and machine guns, and used it primarily as a heavy machine gun in the machine gun companies of the infantry divisions of the 5th and 6th Aufstellungswelle, which were mainly equipped with Czech weapons. Later replaced by other more modern weapons, reserve stocks were still used in the Volkssturm toward the end of the war.