Rebellion in Patagonia (Spanish: La Patagonia rebelde) is a 1974 Argentine drama-historical film directed by Héctor Olivera and starring Héctor Alterio, Luis Brandoni, José Soriano and Federico Luppi. It was written by Olivera with Osvaldo Bayer and Fernando Ayala, based on Osvaldo Bayer's renowned novel Los Vengadores de la Patagonia Trágica ("The Avengers of Tragic Patagonia"), which was based upon the military suppression of anarchist union movements in Santa Cruz Province in the early 1920s.

It was entered into the 24th Berlin International Film Festival, where it won the Silver Bear. 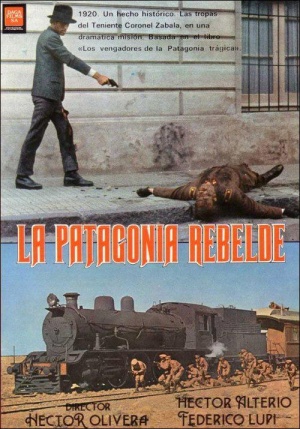 It is used by both the anarchists, the police and members of the Argentine army. 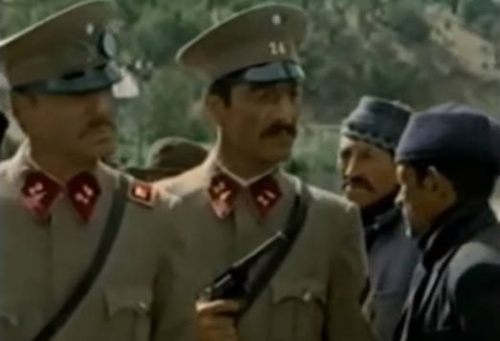 Argentine sergeant with his colt 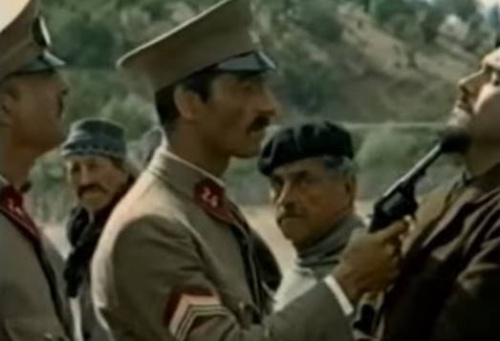 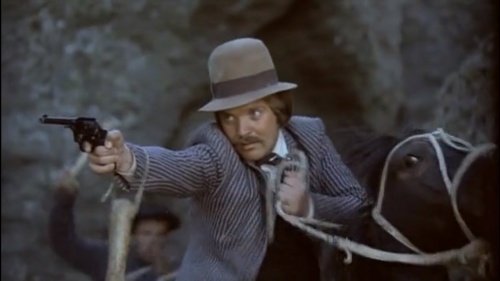 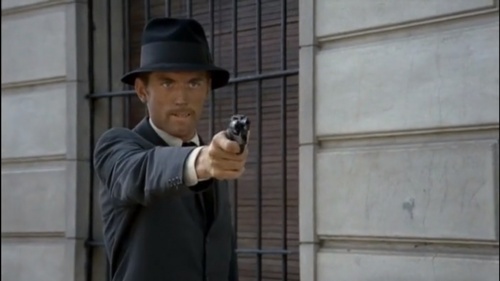 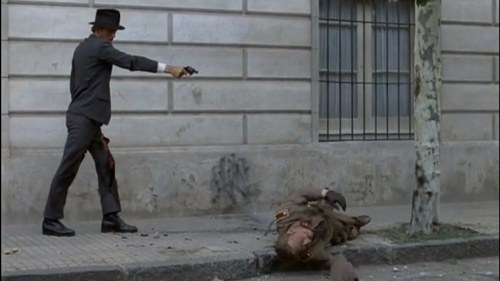 The anarchist and the the British farmers they use Winchester Model 1892. 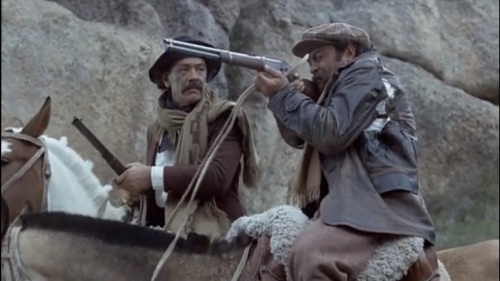 A anarchist shooting to the police oficers 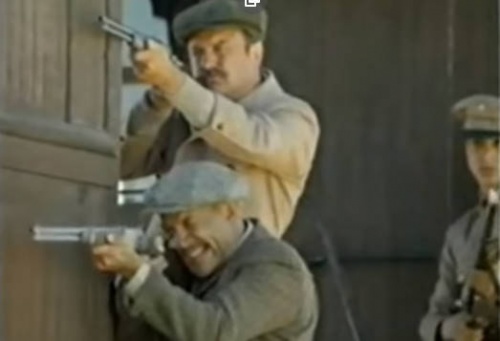 British farmers shooting at the anarchists 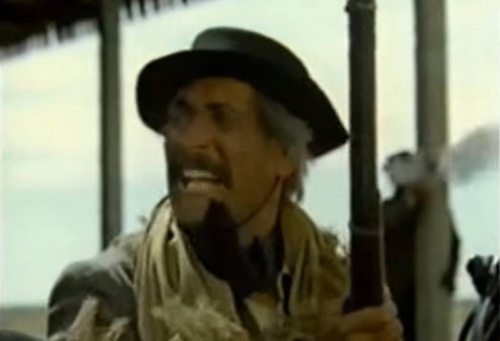 The soldiers of the Argentine army, the police oficcers and some anarchist are armed with 1891 Mauser rifles in their carbine model. 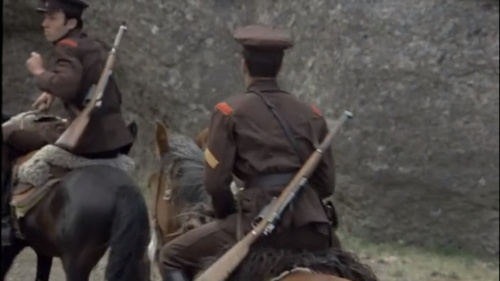 Argentine police officer with a mauser on his back 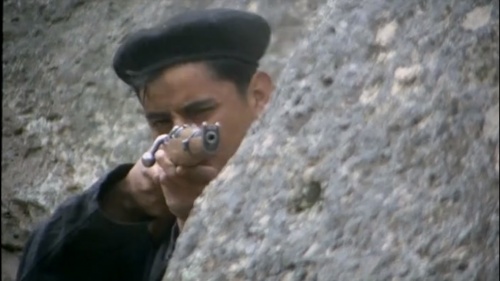 A anarchist embush a police convoy 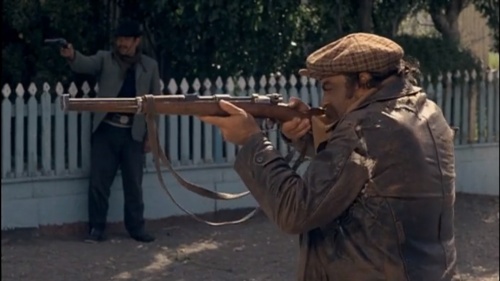 A anarchist targeting the police 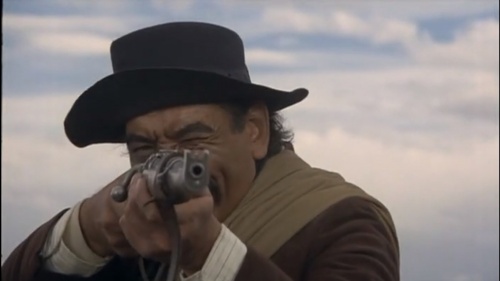 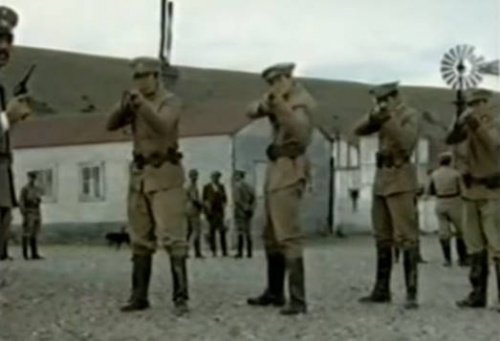 Soldiers prepare to execute a prisoner 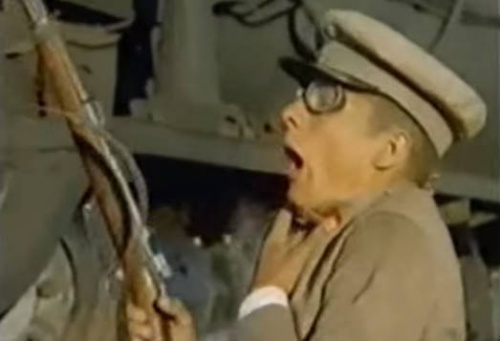 An Argentine soldier is wounded while holding his mauser 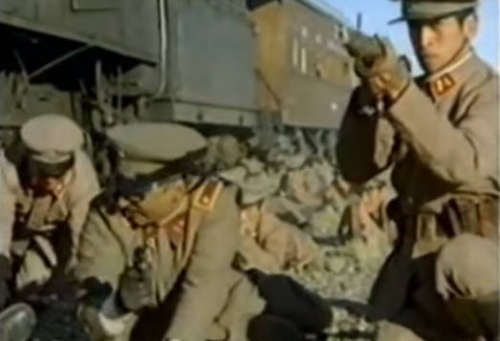 Argentine soldier shooting his mauser against the anarchists 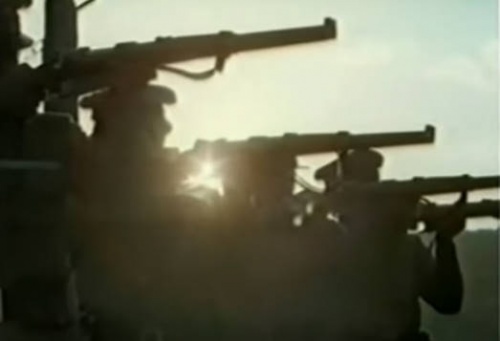 Being a rarity in the film, the Argentine soldiers use a Argentinian Maxim model machine gun to ambush the group of Soto (Luis Brandoni). These machine guns were sold in their majority to collectors of the United States. 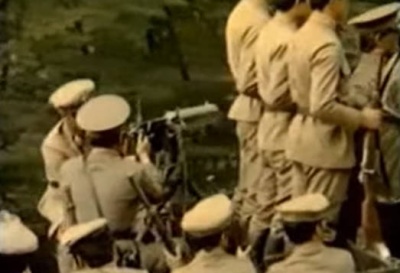 Soldiers with a Maxim mounted on a truck 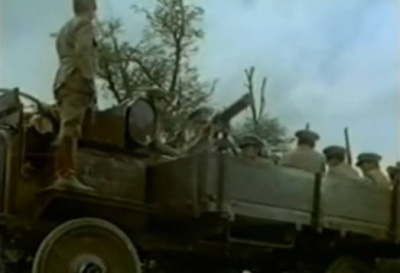 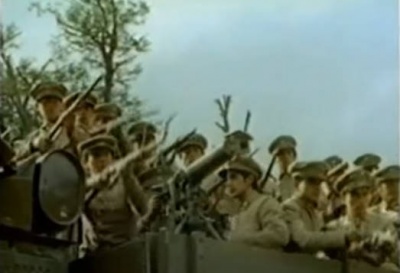