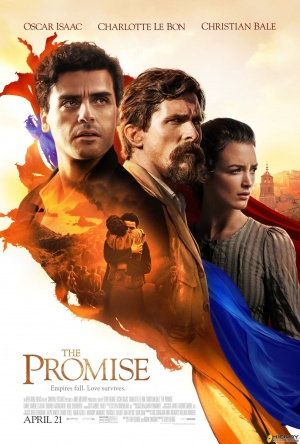 The following weapons were used in the film The Promise:

Turkish troops are armed with Gewehr 98.

What appears to be 1909 Argentine Mauser rifles are used by some Turkish soldiers.

The Webley .455 Mk VI is carried by some officers.