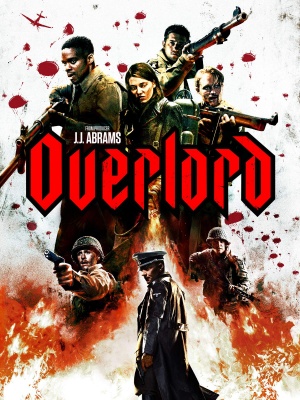 SS commander Captain Wafner (Pilou Asbæk) carries a Walther P38 as his standard issue sidearm in the film. P38s are also handled and used by several other characters, including Chloe (Mathilde Ollivier).

Corporal Ford (Wyatt Russell) carries an M1 Thompson as his primary weapon throughout the film, identifiable by its simplified rear L-sight.

The MP40 is used by many of the SS soldiers stationed at the bunker complex, several of which are taken by the Allied raiding force and turned against their former owners. As is common in films, the MP40 is incorrectly portrayed as being the most common weapon carried by German troops, although it is at least somewhat conceivable that soldiers guarding a secret research facility may be issued with more of these than would be considered typical.

The M1 Garand is the standard issue rifle carried by US troops in the film, including Private Ed Boyce (Jovan Adepo).

The SS soldier in the background is armed with an StG44.

The MG34 is the principal machine gun used by the German forces guarding the bunker, seen both in sandbag emplacements and mounted on their vehicles. One of these is captured by the American troops and used by Private Rosenfeld (Dominic Applewhite), who correctly identifies the machine gun as a two-man weapon when he is criticised for not reloading and firing more quickly.

The Mk II Hand Grenade is carried by US soldiers in the film.